One of my favourite memories of Greece involves sitting at a tiny table in a tiny, twisting laneway, where a woman served me delicious, thick tzatziki through an open window. It filled a dinner plate, and was served with a single olive in the centre and a pile of flatbread. That was in Rhodes, but we had similar experiences throughout the Greek islands, with the fresh yoghurt in Naxos making their tzatziki particularly tasty.

For those we don't know, tzatziki is a cucumber dip (or spread) made from thick Greek yoghurt. It's usually served as a mezze (cold starter) or a side dish and is on menus throughout Greece. While it's widely available worldwide, finding a store-bought version with the right texture can be a challenge. So here is a tzatziki recipe to help bring Greece into your kitchen. 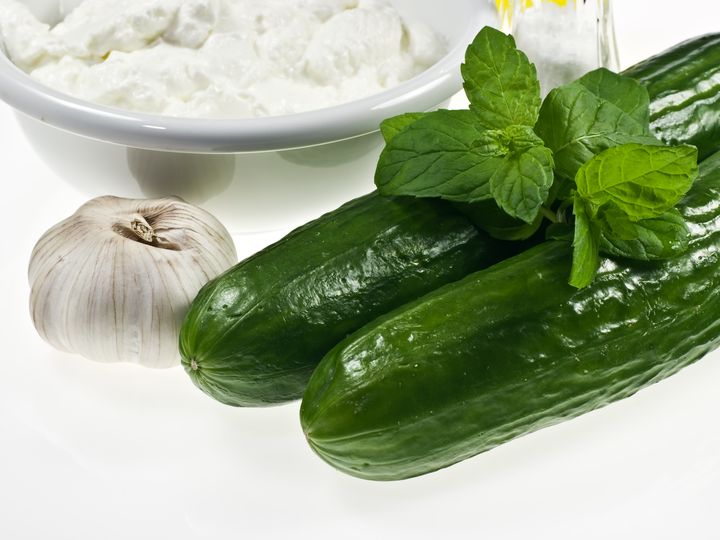 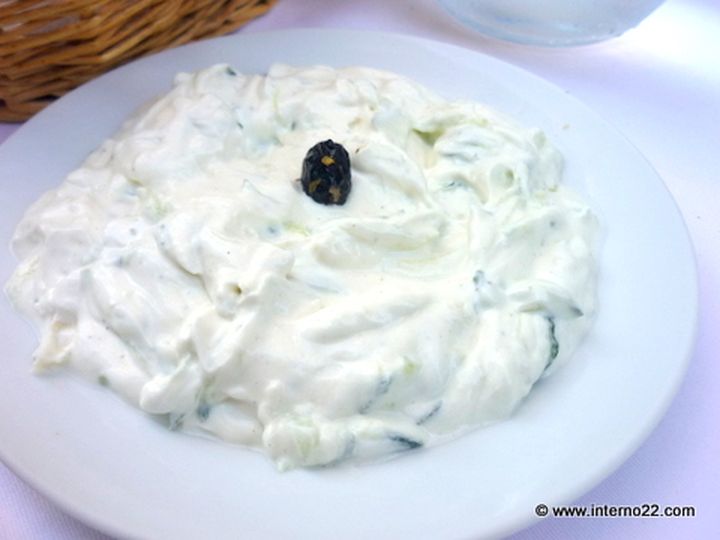 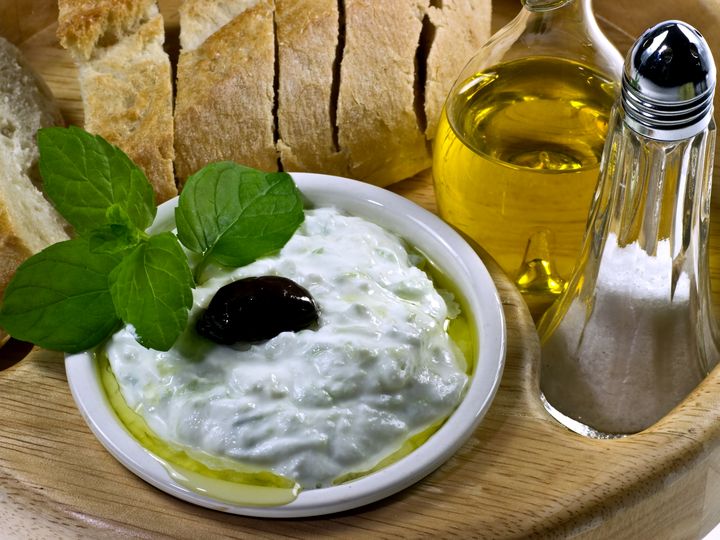 A couple of tips before we start. The yoghurt is key to getting the right texture. Try finding the thickest, gloppiest Greek yoghurt you can - it should be creamy, not runny. If you suspect your yoghurt is too runny, try draining it in muslin or a cheesecloth for an hour or two before using it.The other secret to good tzatziki is well-drained cucumber. I usually use a rasp grater (the one with the smaller holes) as it produces a sort of cucumber paste which drains very quickly in a sieve. The cucumber also flavours the yoghurt without making it watery. If you prefer to have larger bits of cucumber in your tzatziki, you may need to drain it for a little longer.