Chichen Itza: the City of the Water Sorcerers

Visiting Chichen Itza is on every traveller's bucket list. It’s the largest archaeological site of the pre-Columbian Maya civilization located within Mexico’s beautiful Yucatan Peninsula. Literally translated as "at the brim of the well where the wise men of the water live", Chichen Itza is more whimsically called the City of the Water Sorcerers.

Although not the most powerful or rich Mayan city, like Palenque or Tikal, Chichen Itza was a hub of culture, education and ritual. The dark, sacrificial history of the site seems a world away from the pleasant temples and beautifully restored carvings you see today.

Chichen Itza is one of Mexico's most visited tourist destinations and the most famous Mayan ruin, but don’t let that put you off. Granted World Heritage Site status in 1988 by UNESCO and more recently voted one of the New Seven Wonders of the World, Chichen Itza manages to enthrall even the most experienced traveller. Read on for everything you need to know about visiting this remarkable ancient city. 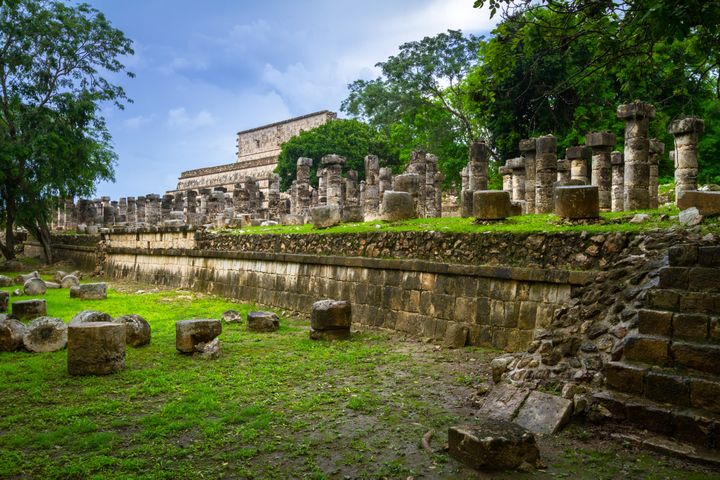 The archaeological site of Chichen Itza

The intrepid Mayans developed one of the most fascinating cultures in history. Within dense jungles they built huge cities in Chiapas, Guatemala, Yucatán, Honduras and Belize.

Chichen Itza itself was inhabited between 400-1200 CE. Mysteriously, when the Spanish arrived the resident Mayan civilization had completely vanished. But when the Spanish tried to settle in the city a violent uprising by the surrounding locals caused them to flee and leave the city to be engulfed once more by the jungle.

What went wrong in Chichen Itza? Was it a lack of resources caused by overpopulation? A natural disaster? Or a war? Historians are unsure to this day making this one of the greatest human mysteries in the world. 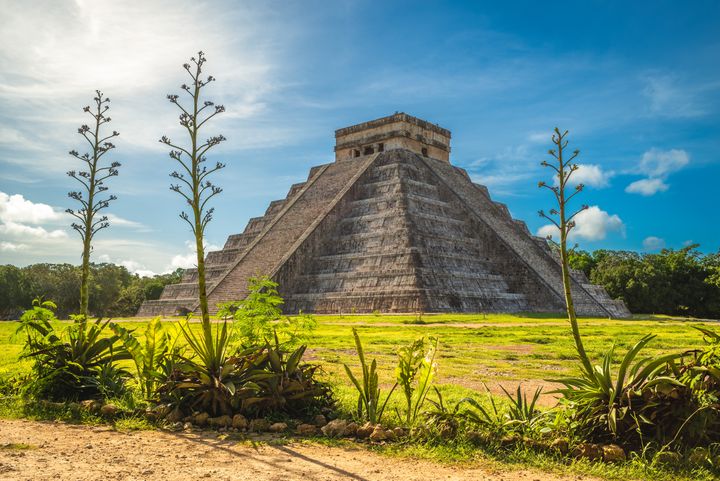 Is Chichen Itza worth visting?

Chichen Itza is an impressive piece of Central America's history and a bucket list worthy “New Wonder of the World”. The immense scale and grandeur of the site certainly makes it worth a stop if you’re in the area.

Go outside of the peak times to avoid the crowds as it can affect the ambience and mystery of the site. It’s the most touristy site in the most heavily visited part of Mexico, so don’t expect to be wandering alone like in the dense jungles of Tikal or the Lost City of Petra. But everyone should have a chance to see this important cultural site and learn about its rich history firsthand. 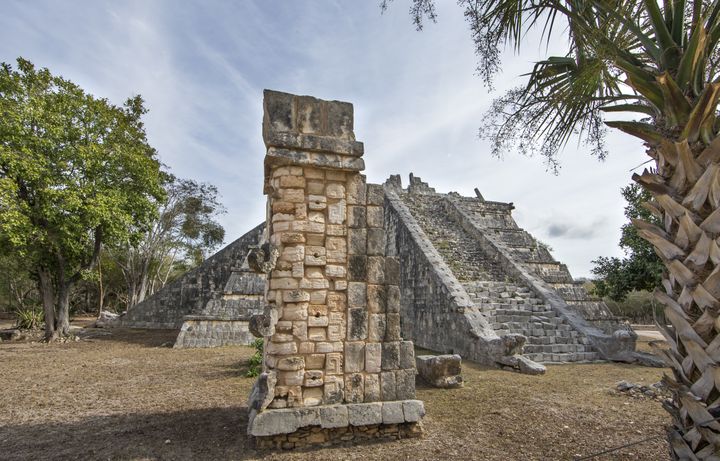 The highlights of visiting Chichen Itza

Chichen Itza is a vast archeological complex with many ancient buildings to see when you visit. Here are just a few of the most popular sites in Chichen Itza.

The first striking site as you enter is El Castillo Pyramid, also known as the Kukulcan Temple: Kukulcan is a feathered snake deity in the Mayan religion, and the pyramid is named after the snake guards at the base of each staircase.

Standing 30 metres tall, it has one step for every day of the year; the four sides each have 91 steps plus the platform on the top (showing the Mayans' intimate knowledge of the solar year). Archaeological discoveries have found that the temple has actually been built over two other temples, a bit like a Russian doll.

Next you come across the Ball Court, although there are many of these around the world, this one is the largest. Believed to be the oldest organised game in history, at over 3500 years old, Mayans played Pok Ta Pok.

The game involved shooting a ball through a small stone circle, but the goal was incredibly high on a wall and they weren’t allowed to use their hands or feet! Quite how they played remains somewhat of a mystery, but some carvings have revealed that the winning team of important games may have been decapitated as a type of honour. 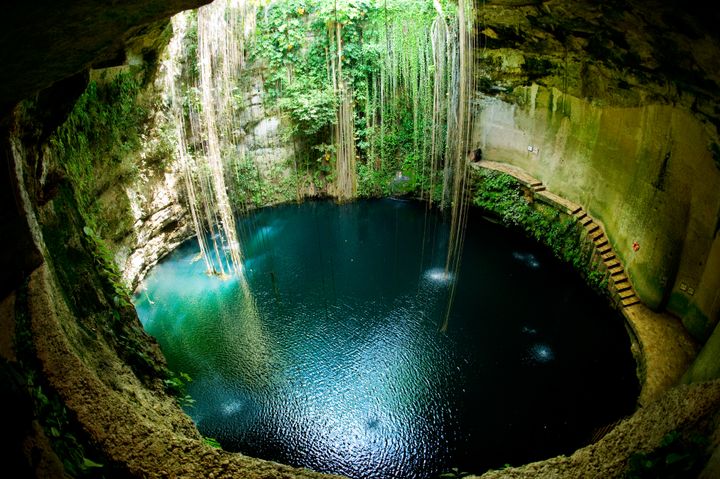 A short walk away is Cenote Xtoloc. The cenotes are the very reason Mayans were able to settle in this area, easy access to fresh water was the very lifeblood of the city.

At the nearby Sacred Cenote numerous “offerings” were dropped in the waters as a sacrifice to the gods. Gold, jade, copper and human remains with sacrificial wounds were all found when this cenote was excavated by archaeologists.

Although this one isn’t suitable for swimming, you can dive into another cenote nearby called Ik-Kil, where the people of Chichen Itza also deposited offerings.

The Skull Platform offers another dark view into this city's past. Also known by the name Tzompantli or Skull Rack, a common practice in Mayan religion was to display heads impaled on top of one another on wooden posts.

It’s believed that these were used as a deterrent against crimes, uprisings and general misbehaviour. The carvings on this particular platform, however, are thought to portray players from the Ball Court.

Temple of the Warriors

The Temple of the Warriors is another important site, hundreds of stone pillars lead you to the entranceway. Inside statues of the greatest soldiers and warriors of the empire can be seen.

For different reasons, “The Observatory” is also a place not to be missed on a visit to Chichen Itza. It was here that the greatest minds of the time observed the stars and accurately recorded the date through the use of calendars. 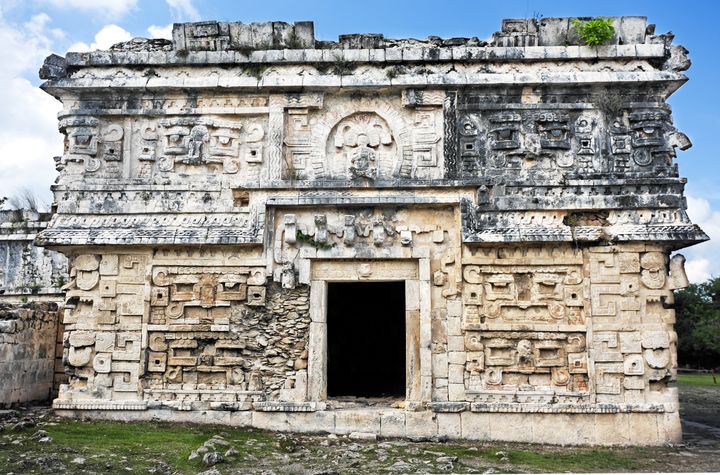 Can you go inside Chichen Itza?

While you can see all the exteriors of the all sites, there are some you cannot enter. You cannot climb on the pyramids (since 2008), enter any temples or swim in Chichén Itzá's Sacred Cenote (Cenote Sagrado). T

his is due to preservation efforts and arrests have been made for flaunting the rules! You can climb the ruins at other ancient Mayan sites, such as Tikal in Guatemala, as the tourist numbers are not so high.

Organised tours to Chichen Itza are easily available from Cancun, Merida or Playa del Carmen. These are usually a full day trip which includes transport to the site and a guided tour of the ruins.

That said, many people hire a car and drive to Chichen Itza themselves and only pay the entrance fees and parking (30 MXN). You can also get an ADO bus to Valladolid and get a Colectivo to Chichen Itza.

If you are taking a guided tour, you'll have around 1.5 hours with a guide plus approximately one-hour of free time. For independent travellers around three hours is a good amount of time to see the whole site with plenty of photo stops.

The travel time will depend on where you're staying. Expect about a 2-3 hour ride to Chichen Itza from Merida or Cancun. From Valladolid it just takes 45 mins to drive to Chichen Itza.

Do you need a guide for Chichen Itza?

A local guide is always the best option for visiting anything of cultural importance, but that doesn't mean you have to book a whole tour. Many people choose to drive themselves.

If you make your own way there. you can still hire a local guide at the entrance. There are also audio guides available and even a handy self guide app. 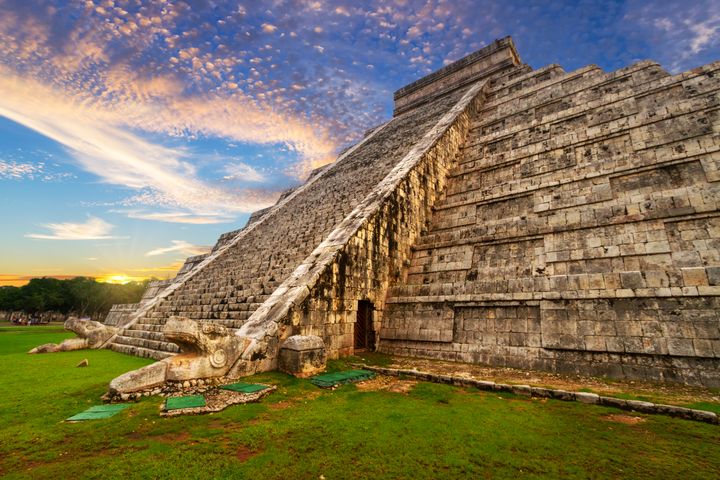 When you arrive, you'll see two windows There are where you must buy separate tickets - one for the Institute of History and Anthropology of Mexico (INAH) and another for the Ministry of Culture of Yucatán (Culture). You can pay the general admission by cash or card, but please note that it is not possible to pay the government fee by credit card.

Before you enter, make sure to grab a map to help you get around (as the ones inside are very worn out).

How much does it cost to see Chichen Itza? 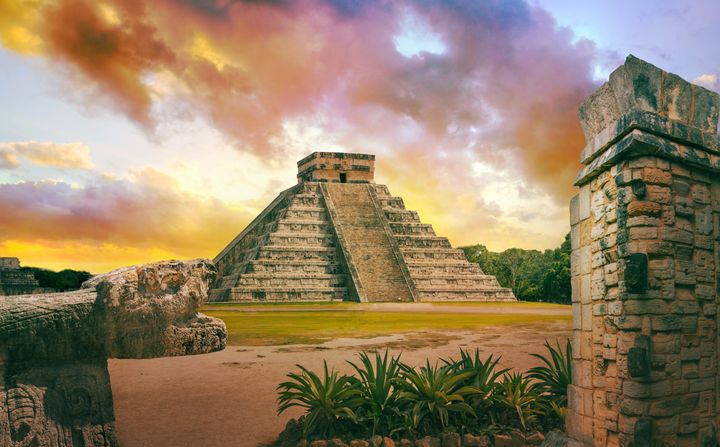 The dry season from November to April is also the busiest time to visit Chichen Itza. The rainy season from May to October is a little quieter with just a few hours of rain each day.

Chichen Itza is one of the most popular “New 7 Wonders of the World” to visit due to its convenient location with approximately 1.2 million visitors each year. That’s more in one year than the total number of recorded visitors the Lost City of Petra has had, ever!

The best way to avoid the crowds in Chichen Itza is to go early. The park opens at 8am, but many of the tour groups and local vendors don’t start arriving until 10am. It’s also cooler in the morning, there is very little shade on the site and temperatures can average 30 °C (87 °F). Look at where to stay below for more information on avoiding the heat and crowds.

It’s also best to avoid Sundays as the locals get free entry, making this the busiest day to visit Chichen Itza. 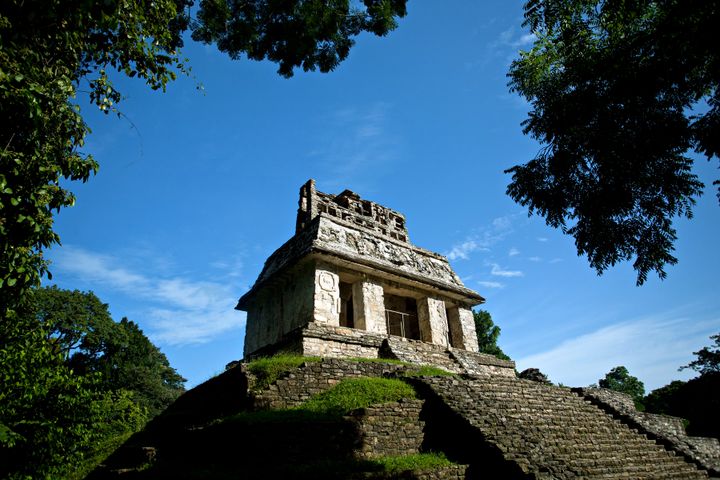 Where should I stay to see Chichen Itza?

The most convenient option for visiting Chichen Itza is staying in the nearby town of Valladolid. A small colonial town, it has plenty of charm and food options.

You can also visit several famous cenotes from here like Cenote Suytun, Cenotes Dzitnup, and Cenote Zaci (currently closed for renovation). Just take a local taxi or colectivo and you get to the Chichen Itza in less than an hour.

Stay at the Zenti'k Project with its own underground pool or opt for Hostel La Candelaria for a great budget friendly option.

Many travellers also choose stay in Cancun, Merida or even Playa del Carmen and take a coach tour to see Chichen Itza - the drive there takes 2-3 hours each way. 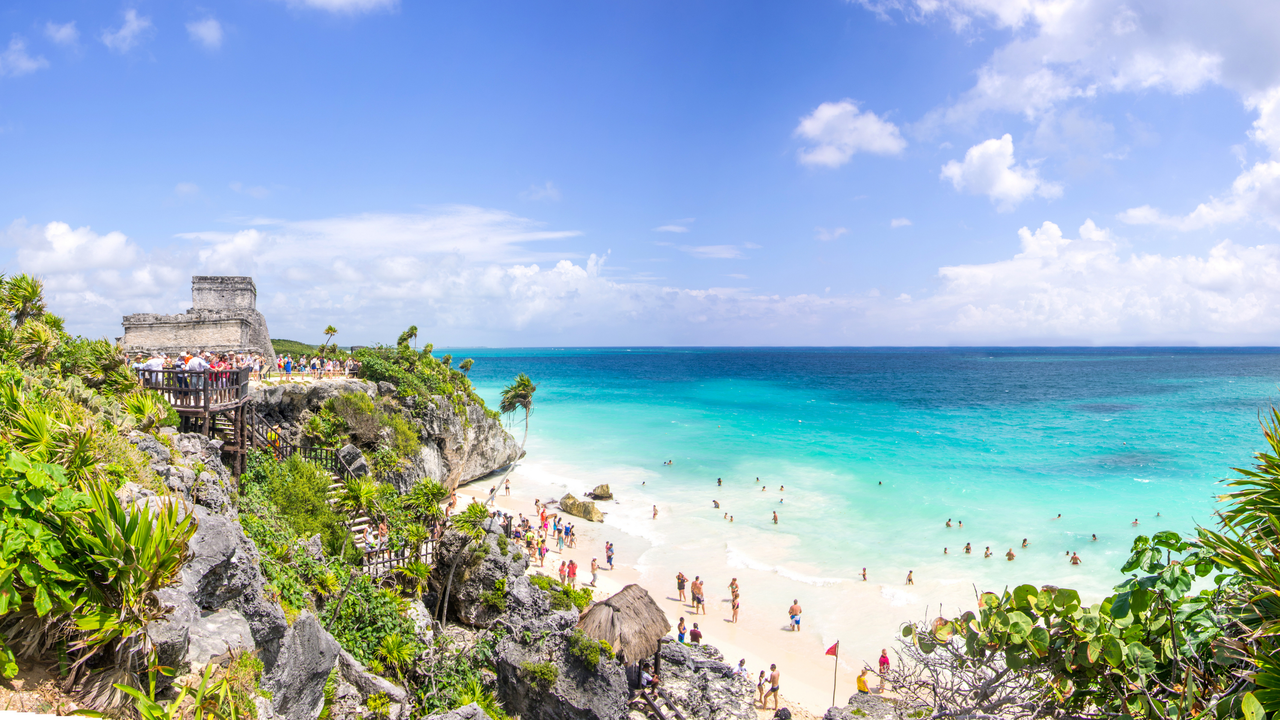