Forests and beaches in Hokianga

For some reason, the west coast of Northland isn't as popular as the east coast. I'd been living in New Zealand for over 10 years before I finally made it up there, deciding I wanted to explore the rugged coastline of Hokianga. I'd been to various beaches on the Northland's east coast over a dozen times over the years, all calm seas and white sand. But the west coast was something different, something special. 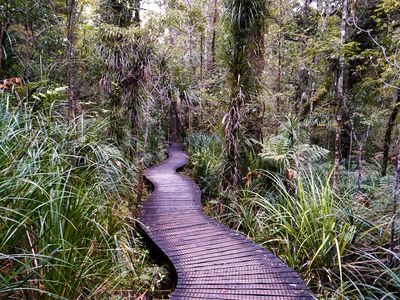 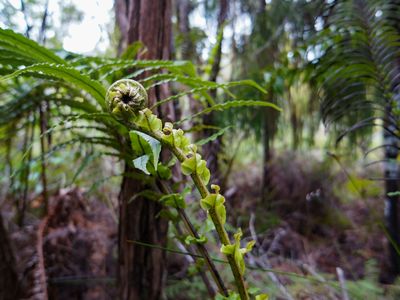 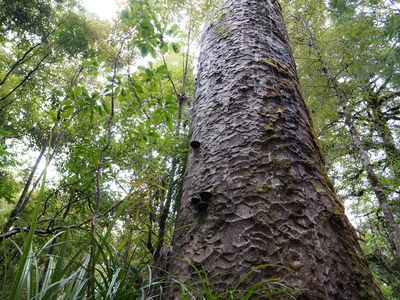 Hokianga is quieter than the east coast. There are fewer baches, hotels and people. As you approach Hokianga, you're find yourself immersed in Waipoua Forest, an immense Kaori forest. It's here that Tane Mahutu, the largest Kauri tree in New Zealand and a figure of Maori myth, still stands. All the trees are huge and the sense of peace in this place is palpable. You could spend hours wandering through the bush. The walkways are on raised platforms, so it's an easy walk. Everywhere you look are kauri trees and beautiful ferns. Walking through the forest is like finding yourself in an exotic fairytale set in a faraway land which people haven't discovered yet. 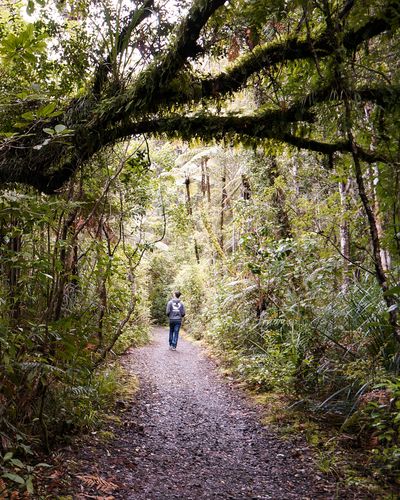 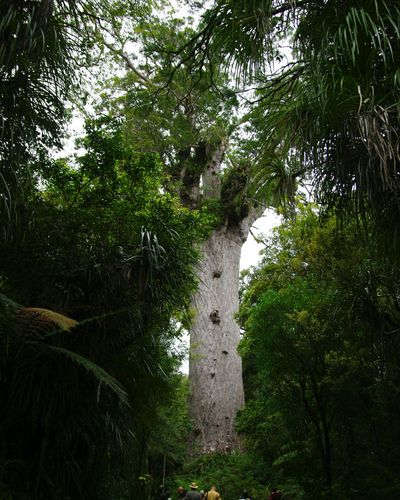 And the feeling of travelling through undiscovered places persists during our travels in the region. We stay in just outside of Omapere, in a beautiful eco-lodge in the bush. It's not as rustic as it sounds, with a Scandinavian design, egg-shaped bath and huge windows with views of the ocean and the distinctive sandbank. We can see the gentle ripple on the shore and the wilder waves further out. A wharf across the road cuts into the ocean, only small boats bobbing at its side.

Not far from where we're staying is the Pakia Hill lookout point. It's wild and incredibly beautiful, with rugged ocean views and thick bush - some trees bent and leaning from the force of the wind. It's one of those places where you feel like you're standing on the edge of the world; far away from everyday life. 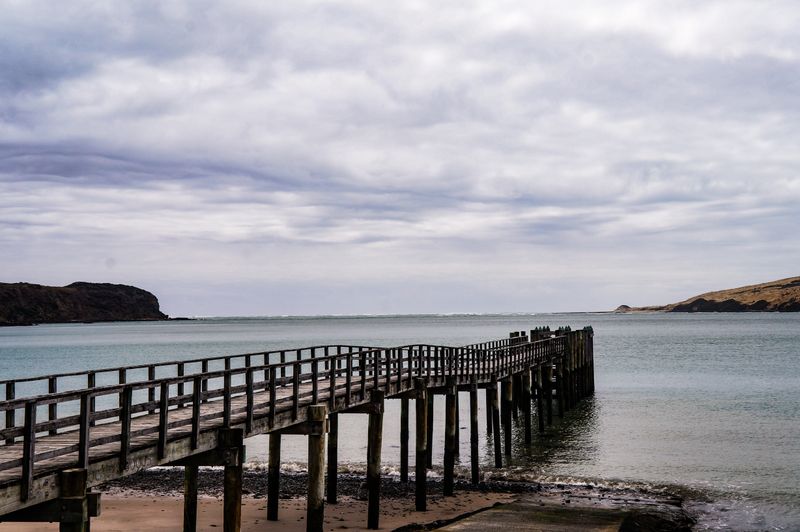 The wharf stretches out to the ocean in Hokianga 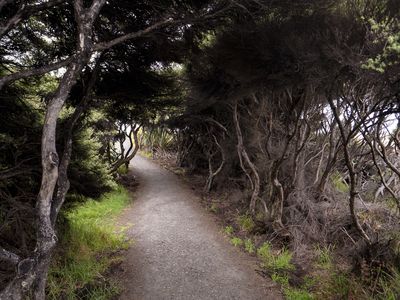 A shadowed pathway through the trees on Pakia Hill 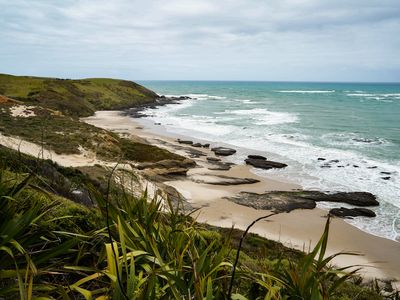 The ocean views from Pakia Hill

We drive north, discovering small, quiet, lovely towns along the way. Omapere itself is the first stop, with a long wharf and an old store. This is where Kupe, the legendary founder of New Zealand is said left the country to return to his land of Hawaiki. There's also an interesting museum in the north of the town that's well worth a visit if you want to know more about the history of the local area.

Then we stop at Opononi, a small town which became famous one summer in the mid-fifties due to the arrival of Opo the Dolphin. That summer, a dolphin swam into the harbour and played with the swimmers on the beach. Featured on TV, she soon became a national icon, before tragically dying at the end of the summer (probably mistakenly killed by someone fishing with dynamite. Her memorial statue is outside the Opononi Hotel and she is buried just a few meters away. 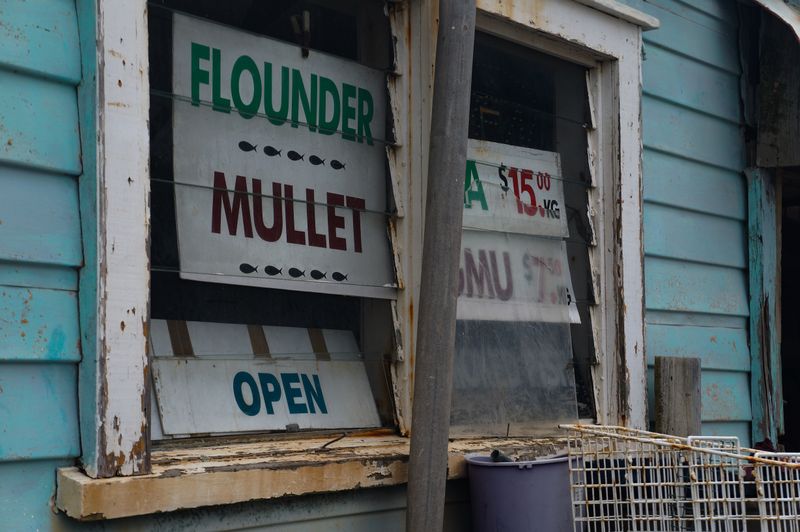 A quirky shop window in Rawene 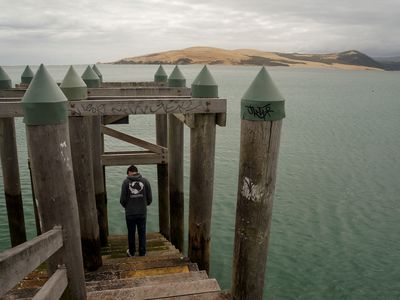 At the edge of Opononi Wharf 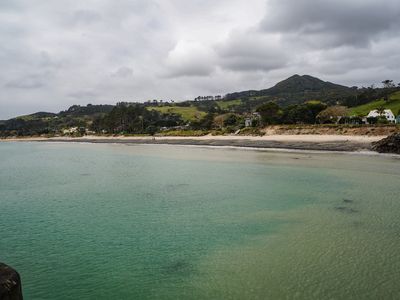 The view from Opononi Wharf 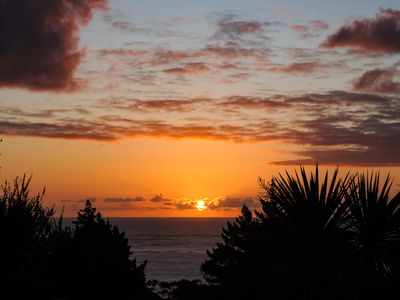 Sunset over the west coast

The highlight of our journey through Southern Hokianga is the charming little town of Rawene. Located on the southern side of the Hokianga Harbour, it's the third oldest European town in New Zealand. Today it's a beautiful, little historic town, its streets lined with cafes, art galleries and interesting shops. Quirky signs and beautiful street art catch out attention as we wander through the town, unexpectedly colourful buildings brightening up the overcast day. Rawene is a gorgeous surprise and we love our short visit to this lovely town.

From Rawene, you can catch a ferry to the northern Hokianga and explore the towns on the other side of the harbour. Unfortunately, we decide to leave that adventure for another time. Instead, we make our way back down the wild coastline, through the ancient, enchanting Kauri forest and back to the city and everyday life.