One week in Budapest

We arrived in Budapest from Croatia, having spent over a month in coastal towns. While all that sun and sea sounds (and often was) amazing, we'd moved around a lot and struggled to immerse ourselves in Dalmatia.

Arriving in a big city like Budapest felt like coming home. I feel very comfortable in cities and Budapest is my favourite sort of city - not too big, easily to navigate, with fairytale architecture and delicious food. In Budapest we stopped, took a breath and had some time to relax. 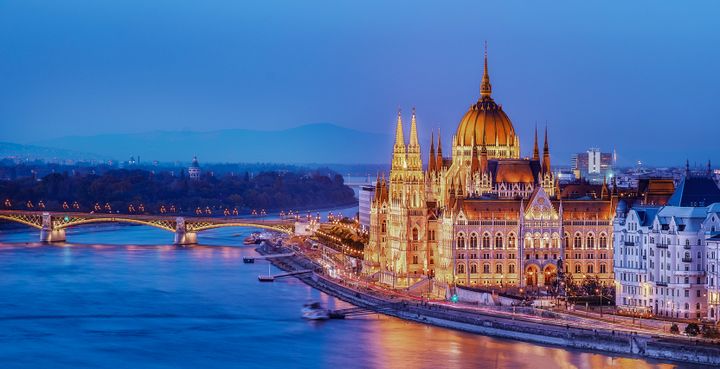 Wondering around Budapest for the first time, I was reminded of Vienna. When I thought about it, the similarity wasn't strange - both cities were capitals of the Austro-Hungarian Empire, after all.

At the time, though, I was surprised, perhaps because I fell in love with Budapest immediately and I never quite found my feet in Vienna. There was something pristine about Vienna which quite find its way to Budapest. Some streets were derelict and many of its districts have communist-era buildings which are a contrast to the medieval and Renaissance architecture of Budapest's old town. In some ways, Budapest seemed to me the antithesis for Vienna, a shadow city to Vienna’s bright white architecture. It was a contrast I greatly appreciated and I liked Vienna more after visiting Budapest.

Our first interactions with locals were on the train from Zagreb. We were chatting another traveller on his way to Slovenia, when we realised that his next train left from another station in Budapest. A couple of locals jumped into the conversation and decided that he could just make his train if he was lucky - and one of them would take him there... as the train stopped, both of them jumped off, running to the metro station. 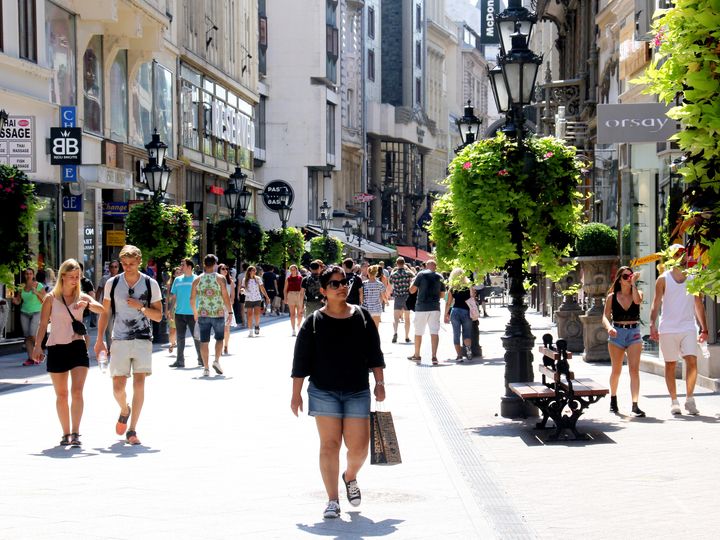 That was our introduction to Budapest and we found the city very easy to navigate during our stay. It wasn't just that many people spoke English, although they did. It was more that everyday interactions were seamless and easy.

Even when we didn't have a common language, there seemed to be an underlying understanding which made basic transactions easy. We didn't feel the need to pre-empt potentially confusing situations. After over three months of travelling, it was a wonderful feeling. There was something about Budapest that made us feel at home.

Things to do in Budapest

There is a lot to see and do in Budapest, and this won't be an exhaustive list. Let me start by admitting that I haven't done all of the tourist activities in Budapest and it's unlikely I ever will. However, there are a few things which even I think you shouldn't miss in the city. 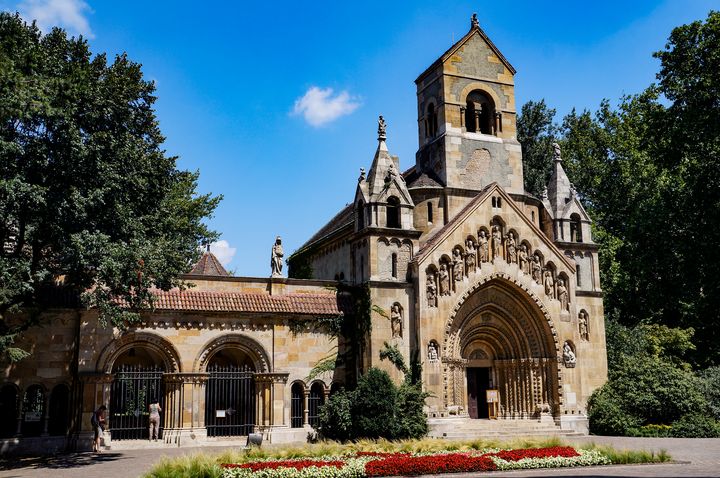 First and most obviously, Buda Castle and the Fisherman's Bastian. Not only is the building beautiful, but it offers fantastic views of the city and of the Hungarian Parliament (also worth a visit). There also a fascinating museum there which is focused on the history of the city.

Budapest is also known for its thermal baths. I haven't tried these personally (I preferred to manage the summer heat drinking cocktails or lemonade in the shade), but people have said amazing things about them. As my knowledge is slightly lacking in this area, here's a guide to the best thermal baths in Budapest.

As well as exploring the city - and there are many historic buildings, churches, synagogues and museums worth seeing - we enjoyed exploring some of the local parks and green spaces. Margaret Island, situated in the middle of the Danube, has lovely shady tracks and thermal baths. We especially enjoyed visiting City Park, the world's first public park. The park is near the central city and accessible from Heroes Square and is home to various sculptures and Castle Vajdahunyad, the largest agricultural museum in Europe. 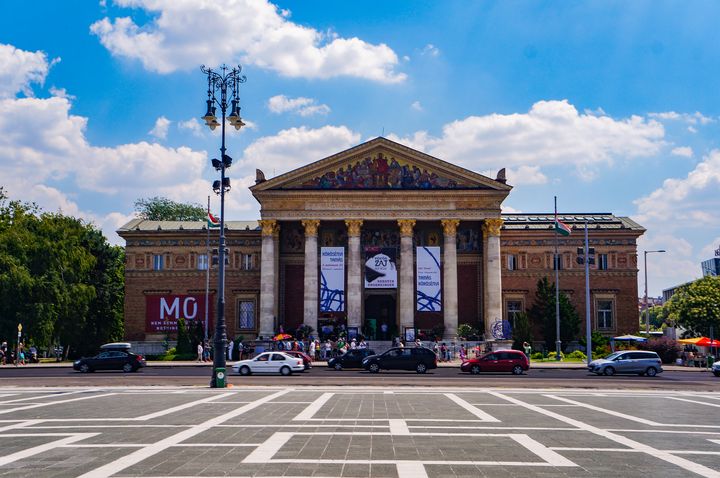 If you enjoy ancient history (like me), you can explore Roman ruins at the Aquincum Museum and Ruin Garden, while Memento Park has a collection of communist-era statues which were previously displayed around the city.

And, of course, in the evenings there's always ruin bars to explore... We went to a few of these and had wildly different experiences at each. Some are vibrant and artsy, most are a bit gimmicky. If in doubt, visit Szimpla Kert, the most famous ruin bar in Budapest, then enjoy the rest of the night at a regular bar.

How we spent our time

While we only spent a week in Budapest, it was definitely a week of slow travel. We didn't have a long list of things to see and do while we were there. While we did see some attractions, our days were all about long walks (sometimes in 40 degree heat, which wasn't the best idea - I honestly think I got heatstroke), cool drinks and delicious food.

We stayed in a lovely apartment in District VII, the old Jewish Quarter and we really loved it there. There were bars and restaurants close by, a wine bar across the street, easy access to the metro, and we were within walking distance of most attractions.

During our time in the city, we tried many restaurants, and they were all good and generally very reasonably priced. We tried goulashes, stews and flatbreads, alongside less traditional foods and it was all delicious. Paprika chicken quickly become a favourite along with the lemonade - at the time, I was seriously considering moving the Budapest just for the lemonade. Near our apartment was a handful of bars, some serving food, and we quickly found our routine with the local young professionals (most patrons were similar ages to us), a bit off the tourist route. Afternoon lemonades during a long walk led to pre-dinner cocktails, sitting outside on warm evenings with fairy lights overhead. Walking at night was pleasant after scorching days and we took our time over dinner. Food is one of my favourite memories of Budapest.

A week in Budapest was not enough. I'm not sure how long would be. I still dream of staying there for longer, discovering more of its beauty and seeing it in different seasons and colours, learning about its history and culture.

Budapest makes a good base to see more of Hungary - it's affordable for a major European city and there are good transport connections around the country. Or, you could choose to base yourself somewhere else to get a different perspective, and see Lake Balaton or Debrecen and the Great Hungarian Plain. Previously part of the Austro-Hungarian Empire, Hungary is a small country in Central Europe, best known for its capital, Budapest. Founded over a thousand years ago, Budapest is an elegant city, its skyline adorned with castles, palaces and spires, and its food and wine scene is among the best in Europe.
More from Hungary
About Us Privacy Policy Archive Contact
© 2023 Faraway Worlds.