As I said in my previous post, the Adriatic is incredibly beautiful. We spent over a month in coastal Croatia, slowly making our way down the country. Here are a few highlights from our stay. 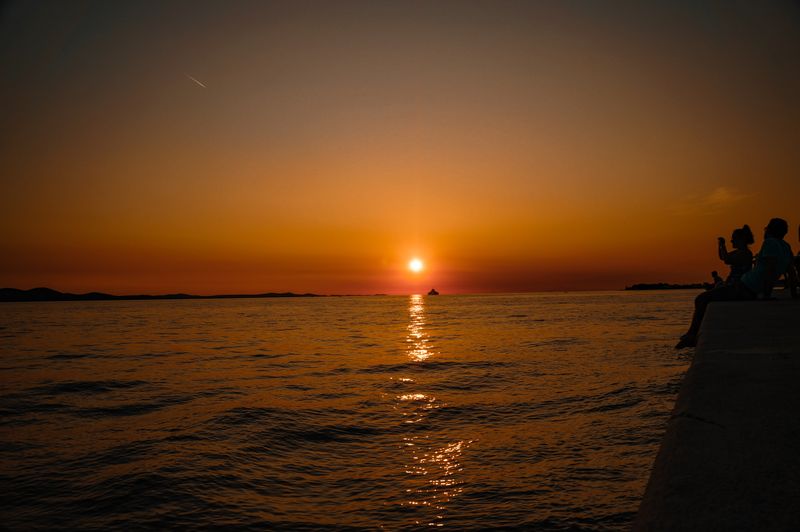 1. Watching the sunset at Zadar

Zadar had beautiful, clear water, a white old town, and a wonderful sunset… seriously. I wasn’t expecting it to live up the hype, but Hitchcock was right. Sitting by the sea organ and watching the sun go down was a lovely experience. The old town was small and full, but quite pleasant, and there are some interesting Roman ruins, including the remains of the forum which was uncovered during WWII. 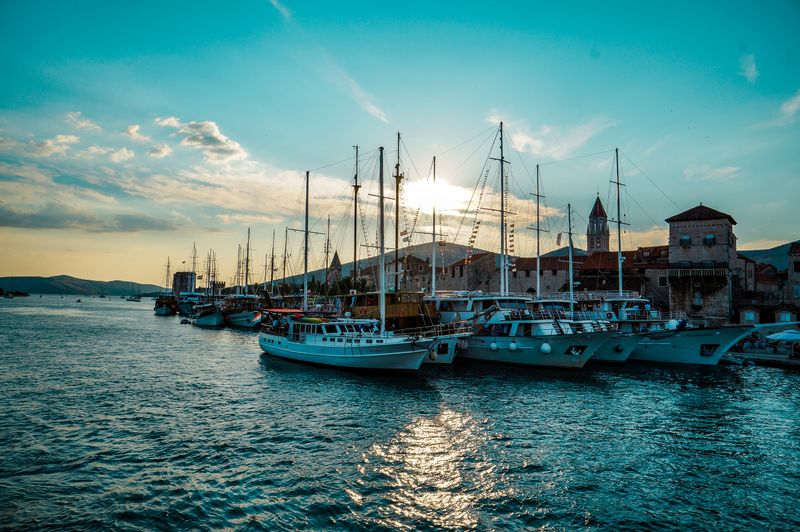 Trogir was a perfect little historical town. It really was tiny, but it was also full of lovely restaurants and bars. It is vaguely reminiscent of Venice with narrow, twisting streets which make it almost possible to get lost in a place this small. This was my favourite coastal town, and I think it’s worth staying in for a day or two. Walking along the harbour at night was magical with a purple sunset and an almost tropical vibe. Personally, I would do a day trip to Split from here, rather than the other way round. 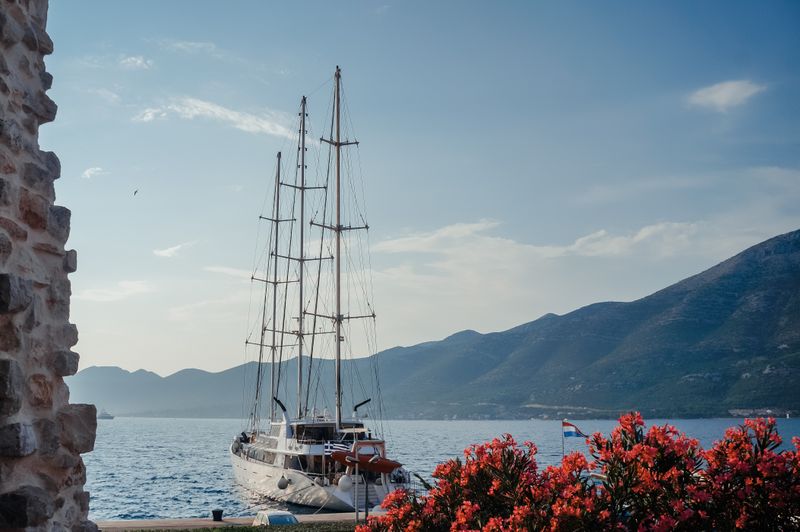 We did a boat cruise through the Adriatic in a gulet boat. It was small and peaceful, only sleeping 12 people and three crew. To be honest, we found a full week on a boat slightly too long, but it was a wonderful way to see the Dalmatian coast. As we discovered in Zadar, the coastline is rocky, and swimming from the boat is probably the best way to enjoy the Adriatic.

We also saw quite a few islands, albeit for a short amount of time. If we were to do it again, we’d pick another time of year, as the islands were VERY full in July. As we ‘island hopped’ it was hard to get a sense of identity from the places we visited. Don’t get me wrong, the Croatian Islands were beautiful but we were craving some back story or context. 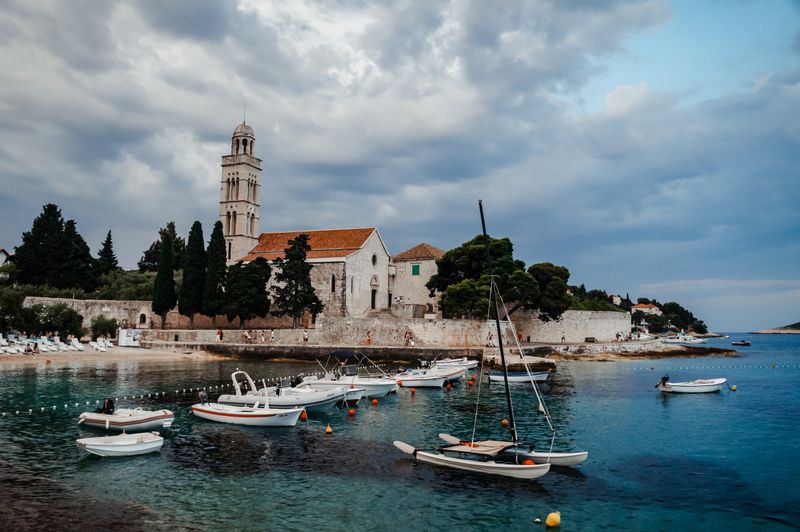 Bol is a pretty town on the island of Brač, famous for its long, pebbled beach, Zlatni Rat. While the beach graces the many postcards and Instagram posts, I much preferred the town. Walking through the quiet streets at dusk, it seemed like a magical place, with dusty skies and deep blue water. Churches and monasteries were silhouetted against the setting sun and, looking down at the town from a hill, I felt at peace with the world. 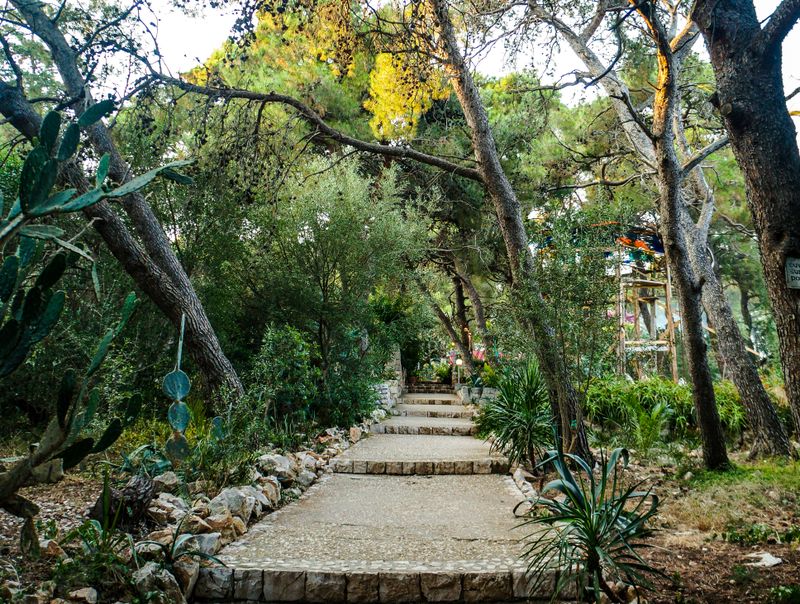 5. Having dinner in Palmizana

Palmižana on the island of Sveti Klement was one of our favourite places in Croatia. It's a tiny resort settlement with beautiful gardens and we went to a restaurant run by a local family. As we were interested in the history, the waitress have us a (somewhat large) book about the family, who were the original settlers on the island.

We really enjoyed reading about them and hearing stories about the struggles they went through when their land was taken away and how they fit into mishmash of settlements through the region. 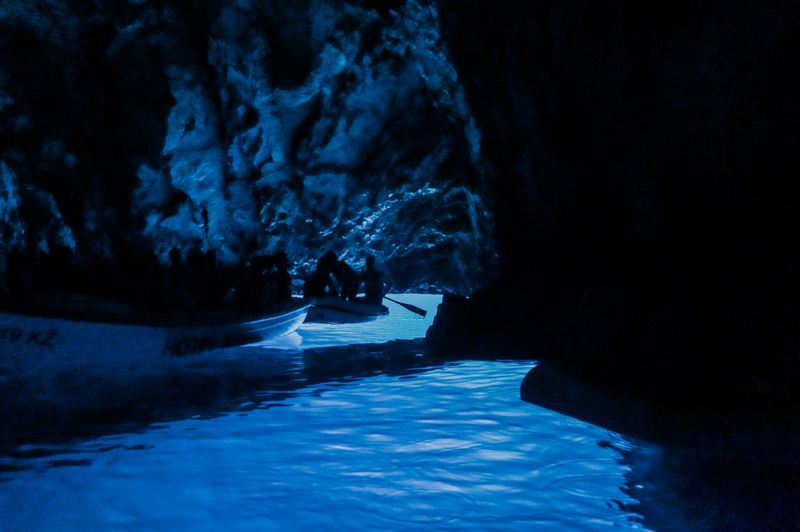 6. Peeking into the Blue Grotto

The Blue Grotto (or Modra špilja) is a narrow cave a bay near the island of Biševo. The ceiling arches gently, and a silver-blue light fills the cave when sunlight hits the water through a crack in the roof. Inside is dimly illuminated and the boats look almost ghostly as they gently bob through the the rocks.

Unfortunately, swimming isn't allowed in the cave, but a leisurely boat ride through is magical on a quiet day. We went as a side trip through our gulet cruise (not officially part of the itinerary but we convinced them to take us) when we were moored near Biševo. 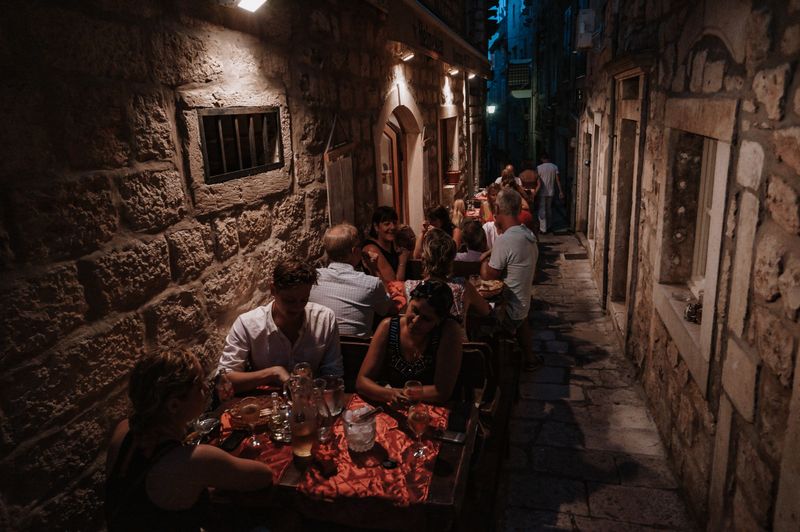 7. A traditional meal in Korčula

Korčula was definitely my favourite island (everyone always talks about Hvar, but it was a bit too touristy for me). From the enchanting old town to the beautiful views over the Adriatic, I loved Korčula.

The chef on our boat came from the island, and (after a little persuasion), he arranged for us to have a Dalmatian peka at his brother-in-law's restaurant. Peka is a slow-cooked dish, where meat - in our case octopus and lamb - and vegetables are baked in the embers of a fire for hours. It wasn't usually on the menu, but it was a long, delicious dinner, easily our best in Croatia, accompanied by wine and raki. A wonderful introduction to a beautiful island. 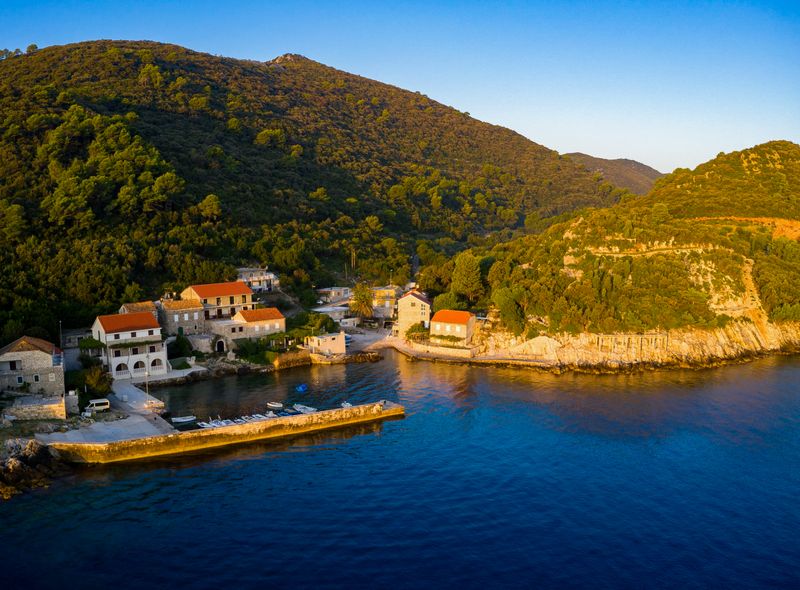 Mljet National Park is renowned for its almost untouched natural beauty. The park is famous for its two lakes, with the tiny island in the middle of the smaller lake. As in other similar places in the region (I'm thinking of Slovenia's Lake Bled and Krka National Park), there was an old monastery on the island. This one had been built in the twelfth century and was now a restaurant.

However, instead of visiting the island, we walked along shady paths around the lakes and enjoyed the peace and serenity, and stunning views. 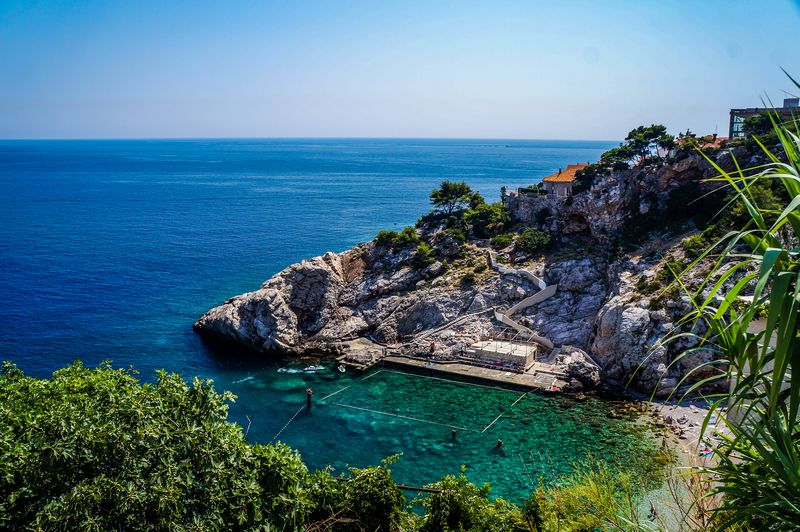 As expected, Dubrovnik’s scenery was absolutely breathtaking. We stayed in Lapad, a beach resort outside the old town, and really enjoyed the location. It was a short bus ride or a 30-minute walk to the old town, which we visited a few times, and we were very close to the beach, restaurants and clifftop walks.

Dubrovnik was beautiful, but more expensive, than the rest of Dalmatia and the old, walled town was captivating with a long, storied history. Still, my favourite activity in Dubrovnik was walking down a path from a cliff and swimming in the calm, clear water just off the rocks. 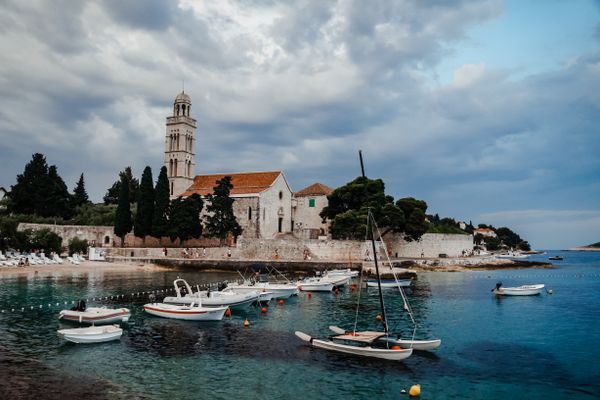 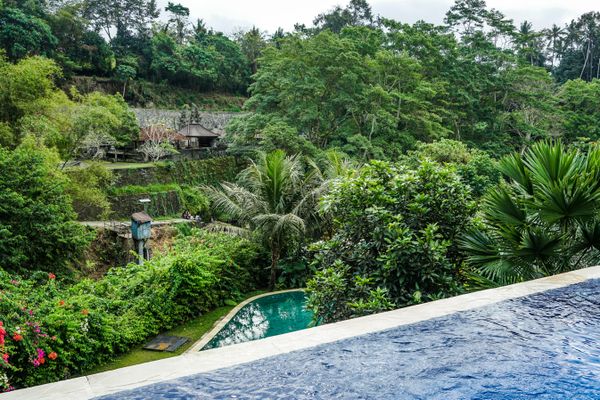 Zen and yoga in Bali