Six reasons why you should visit Urfa, Turkey's sacred city

With a history spanning over 12,000 years, Urfa is a city from stories and legends. Situated in south-eastern Turkey, Urfa, also known as Edessa in antiquity, has been part of the Hellenistic, Persian and Roman civilizations by turns. The city was a seat of Syrian culture – and Syrian Christianity – before falling to the Arabs in the 7th Century CE. Since then, it was occupied by the Crusaders and taken over by the Ottoman Empire, before becoming part of modern Turkey and taking the formal name of Şanlıurfa (the Great Urfa).

Today, Urfa is a solemn yet beautiful city, and a pilgrimage site for both Christians and Muslims. It’s home to an ancient citadel, huge walls, fascinating museums and numerous religious sites. Urfa is a long way from some of the more-visited places in Turkey (13 hours from Istanbul by car), but it’s still worth taking the time to visit, even if you aren’t religious. Here are just a few reasons why.

A note before travelling: Urfa’s location near the south of the country means it has been affected by the Syrian Civil War – many countries’ travel advisories consider Urfa safe to visit now, but check just in case as it can affect your travel insurance. 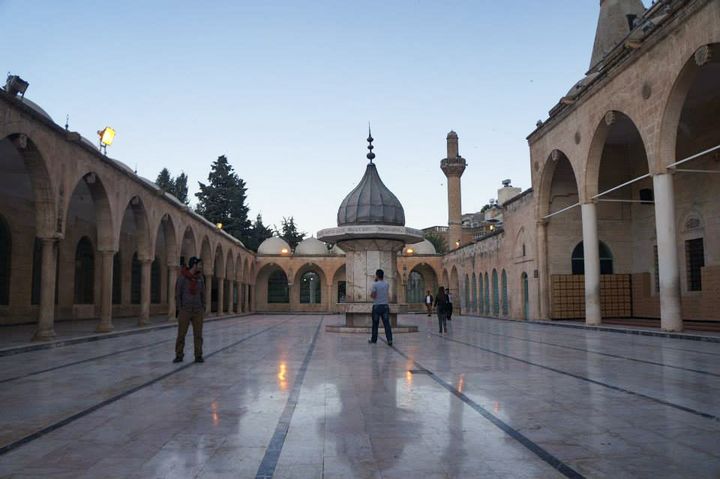 1. Urfa is the birthplace of the prophet Abraham

Urfa’s greatest claim to fame is being the birthplace of the prophet Abraham (Ibrahim in Islam). According to Jewish and Muslim traditions, Urfa is "Ur Kasdim," the hometown of Abraham. There are a few sites associated with Abraham in the city and these are important places for spiritual pilgrimage.

In Islam tradition, King Nimrod, the ruler of the city at the time, had a vision telling him that a boy child would be born that would cause him to be dethroned. To ensure this didn’t happen, Nimrod decreed that all male babies were to be put to death. Abraham’s mother gave birth to him in a cave in secret and kept him there for the first seven years of his life. The Cave of Abraham’s Birth is near the city centre and is a holy site for Christian and Muslims. A mosque has been built next to the site - the cave can be accessed from the mosque and visitors are welcome. Just remember to dress appropriately. 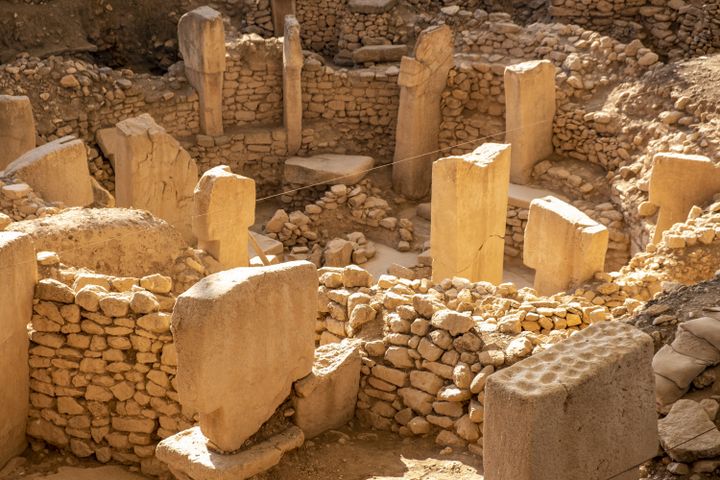 2. Urfa is home to the world’s oldest temple

Less than 10km from Urfa, you’ll find the ruins of Göbekli Tepe which predate the pyramids by thousands of years. Massive, carved stones from over 11,000 years ago, were carefully crafted and arranged by prehistoric people who had not yet developed metal tools or even pottery.

Göbekli Tepe is the oldest place of worship ever discovered. At least 50 huge T-shaped pillars, some over five metres tall, are adorned with intricate reliefs of totem animals including jaguars, carrion birds and wild boar. The ruins cover the entire hillside and would have been visible from a huge distance when they were built. They are easily accessible from Urfa and well worth visiting. You can also see some of the artifacts from the site at the Archaeological Museum in Urfa 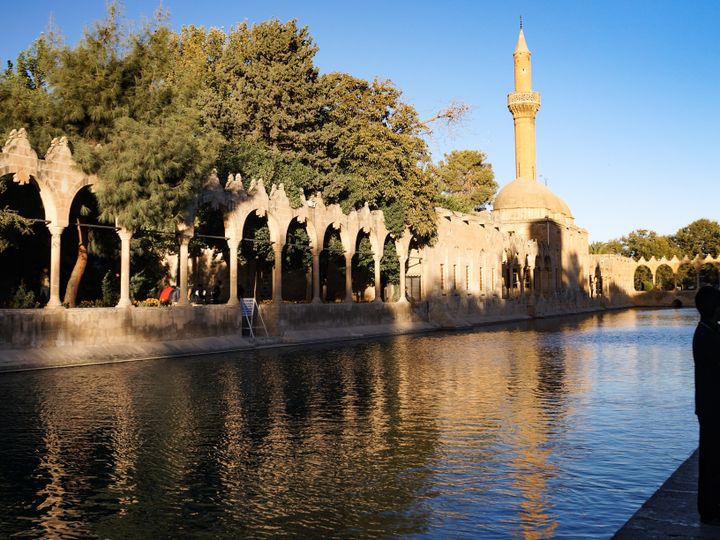 3. You can see the sacred carp at the Pool of the Holy Fish

Balikli Gol, located in the center of Sanliurfa, is home to one of Urfa’s main attractions: the Pool of the Holy Fish. Inhabited by thousands of fish, the Pool of the Holy Fish Pool can be found in the courtyard of the Halil-ur-Rahman mosque, which dates back to 1211. However, what makes the pool special isn’t simply the number of fish or the colourful gardens that surround it.

Following on from the story of Abraham’s birth above, King Nimrod eventually captured Abraham and threw him off the citadel onto a bonfire. He was protected by Allah, who turned the fire into water and the logs into fish. The Pool marks the spot where this happened, and the sacred fish are descended from the fish in the story. According to legend, heaven’s gates will open when a white fish is seen in the pool. 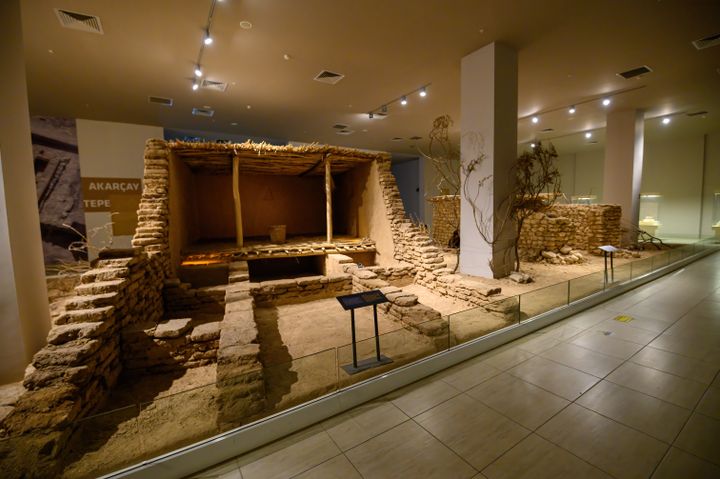 4. There are many fascinating museums in Urfa

There are several museums in Urfa which are well worth visiting when you’re in the city. One of the best is the Sanliurfa Archaeology Museum, where you a range of exhibitions including ancient artifacts from Gobekli Tepe, a Roman bath and a huge number of sculptures including The Urfa man, also known as the Balıklıgöl statue and thought to be 11,000 years old.

The Haleplibahçe Mosaic Museum is adjacent to the Archaeology Museum and has many beautifully-preserved mosaics, although they aren't as impressive as the Zeugma Mosaic Museum in Gaziantep. Other museums of note include Kitchen Museum and Sanliurfa Kurtulus Muzesi, with some natural history and war memorabilia and the Muslum Gurses Museum, which showcases the life of a famous Turkish singer. 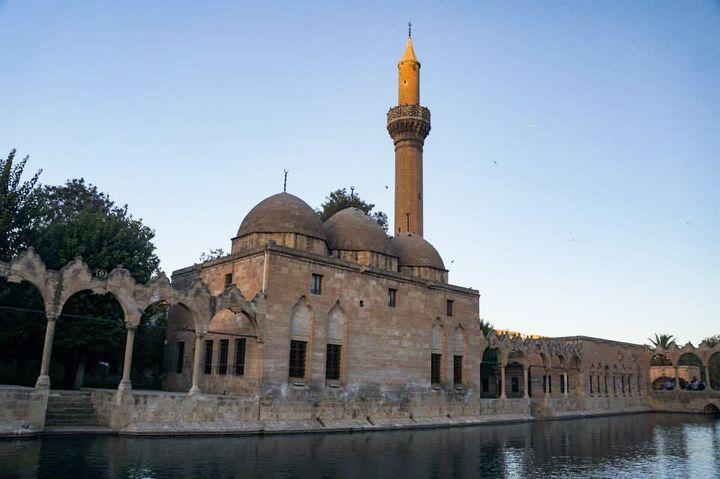 5. Urfa is known as the City of Prophets

In ancient times, when it was still known as Edessa, Urfa was home to various Old Testament prophets including Jethro, Job and Elijah, as well as Abraham. According to tradition, Moses also lived in the region for seven years working as a shepherd before returning to Egypt.

It was also in Urfa that early Christians were first permitted to worship freely and where the first churches were constructed openly. Over the years, Pagan temples were converted to synagogues, synagogues to churches and churches to mosques – as a result Urfa, like Istanbul, has varied architectural styles. 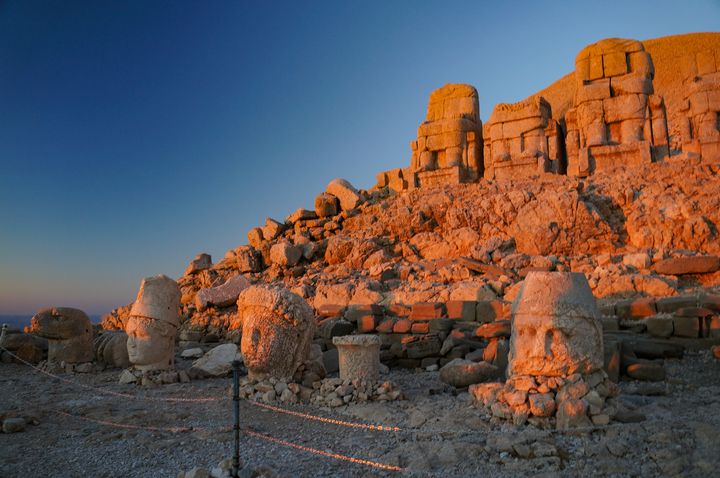 6. Urfa makes a great base for day trips

If you like history and culture, there are a number of incredible destinations which are easily accessible as a day trip Urfa. For ancient history, visit the Karahantepe Mounds near the city or the spectacular ruins on Mount Nemrut, a 2-3 hour drive away. Both of these sites offer incredible views.

Another option is taking a boat ride down the river to visit the partially submerged town of Halfeti. It’s a picturesque town and is a popular spot for swimming and sunbathing. Further south near the Syrian border (once again, check your country’s travel advisories before you go), you’ll find the ancient city of Harran, famous for its beehive-like houses and ruins. It’s also the site of the first Madrassa (Islamic university) although only ruins remain. 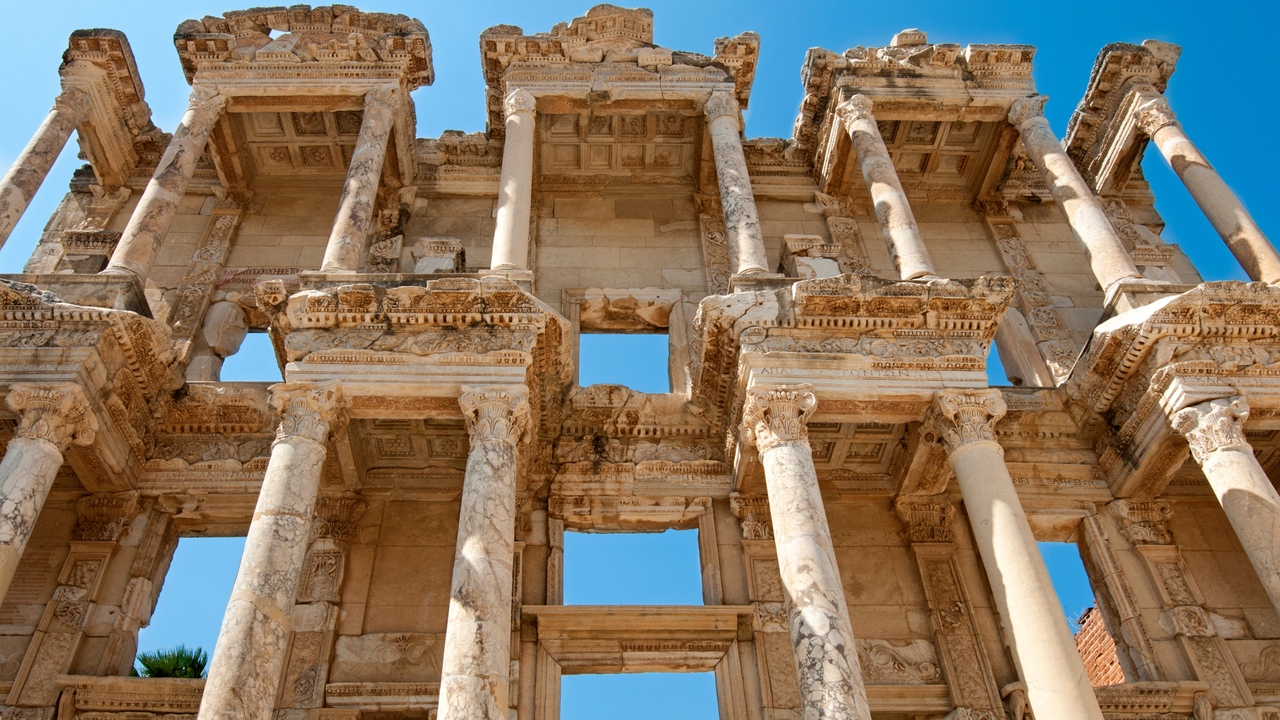 With a history that spans thousands of years, Turkey has been home to many different dynasties and civilizations. Its ancient sites, cultural rituals and food reflect its diverse heritage, making Turkey a fascinating place to visit.
More from Turkey
About Us Privacy Policy Archive Contact
© 2023 Faraway Worlds.