Before you read further - there is the occasional spoiler in this review.

Things Fall Apart is a simple story. It tells of a family in an Igbo village in Niger. It tells of a boy, who dies and the man, his surrogate father, who kills him. Most of all, it tells the story of a community which is lost in the changes of a new way of life. It begins with a warning, preparing the readers for tragedy, and there is always a sense that terrible things happen and that is part of life.

Chinua Achebe tells the story beautifully, using rich descriptions of the society and its people. The structure is reminiscent of Greek tragedy, simultaneously reflecting the similarities between Western and Igbo cultures and also creating a conflict between the style and content. While he writes in English, Achebe uses Igbo words and descriptions, giving the story the music of the language, and making it accessible to a larger audience.

He is descriptive, painting images of food, work, clothes, and of the myths and legends women tell their children when the men are not around. Doing this, he manages to tie together the cultures that never quite meet in the story.

The book is centred on a man called Okonkow and his family. Eager to differentiate himself from his unsuccessful father, Okonkwo works hard to prove himself as a man and quickly rises to be a leader in his village. However, his desire to show his masculinity and strength continues, which results in him being harsh and sometimes violent. The story follows his Okonkwo’s life through tragedy and the arrival of Christianity and colonisers to his world.

The village and its people are described carefully, slowly built through different scenes, beginning when two men sit together and the host breaks the kola nut to welcome guests. This is an act which is repeated through the novel, giving a sense of ritual and importance. Any event involves crowds, music, food. When the egwugwu wear their masks, there is an auxiliary ritual where the women and children run away, apparently afraid, but sidle back again to watch.

Throughout, women remain on the outskirts, in the background, and seldom have a voice. It is a polygamous, patriarchal society and there are examples of women being seen as belonging to men. Violence towards women is also accepted; when Okonkwo is punished for beating his wife during the Week of Peace, it is the timing, rather than the act itself, which is taboo.

There are small exceptions: Okonkwo’s second wife left her husband to be with him, the oracle is a woman and women play their part in upholding the societal structures, even when they are discriminately. Even Okonkwo feels a greater connection to his daughter, rather than his sons, although he does wish that she were a boy.

There is a huge feeling of the fragility of life. Life is dependent on agriculture; on the yams growing, on favourable weather, so everything is tied to the land, and yams are therefore the main sign of wealth and of masculinity. Even so, wealth can be taken away quickly by circumstance. There is a high child mortality rate, and religion and beliefs have evolved to explain and give meaning to these tragedies. Egwugwu (masked village leaders embodying the gods) have both spiritual and governance roles.

Underlying everything, there seems to be the idea that even if someone happens to be successful now, it is easy for them to fall. Honour and respect is important, but there appears to be an underlying feeling that it is important to obey the natural order of things.

It is this natural order which is challenged by the arrival of Christianity. The missionaries arrive slowly, insidiously, and the villagers do not take them seriously. That the reader knows how this must finally end only adds to the tension. As Christianity spread, local people convert to the new religion. And when issues arise, as they inevitably must, the problem is that some of the “enemy” are also family and nothing is easy anymore. And when the newcomers are threatened or attacked, their retribution far exceeds the violence of Okonkwo.

The book seems to give an answer to the problem of clashing cultures – taking the time to understand, respecting beliefs, sharing knowledge. Without this respect and flexibility, there is only death and violence. A church is burnt, Okonkwo, a great warrior, dies. Those who cannot see, or learn, bring disaster.

Okonkwo is a powerful protagonist. He embodies the importance of masculinity in the Igbo society, and the emphasis on heritage and ancestors. He also shows that it is possible to prove himself and be more than his father was, no matter how hard that may be. On the other hand, his character also shows that masculinity is not everything. By trying so hard to prove himself and his strength, Okonkwo ultimately goes against the values of his community and its gods, and eventually finds himself surrounded by people who do not understand him. Even in death, Okonkwo disregards the beliefs of his people, and has is almost as disrespectful to his heritage as the Christians are. In some ways, Okonkwo is an embodiment of a true Igbo warrior but, in another, he is no longer part of his tribe.

It is a book which grows in significance on reflection. The story tells of people’s lives, their dreams, their hopes, their families, their lands… and at the end, all their colonisers see is a sentence or two in a book about their pacification. And that is the real tragedy.

Things Fall Apart is a beautiful book about change, death and life. Ultimately, there is only loss, as the world that we had come to understand and care about is no more. But it is also a warm, amusing, lyrical story, which allows the reader to fall into a different perspective. A must for anyone who wants an intelligent, thoughtful story with beautiful imagery and a different perspective. 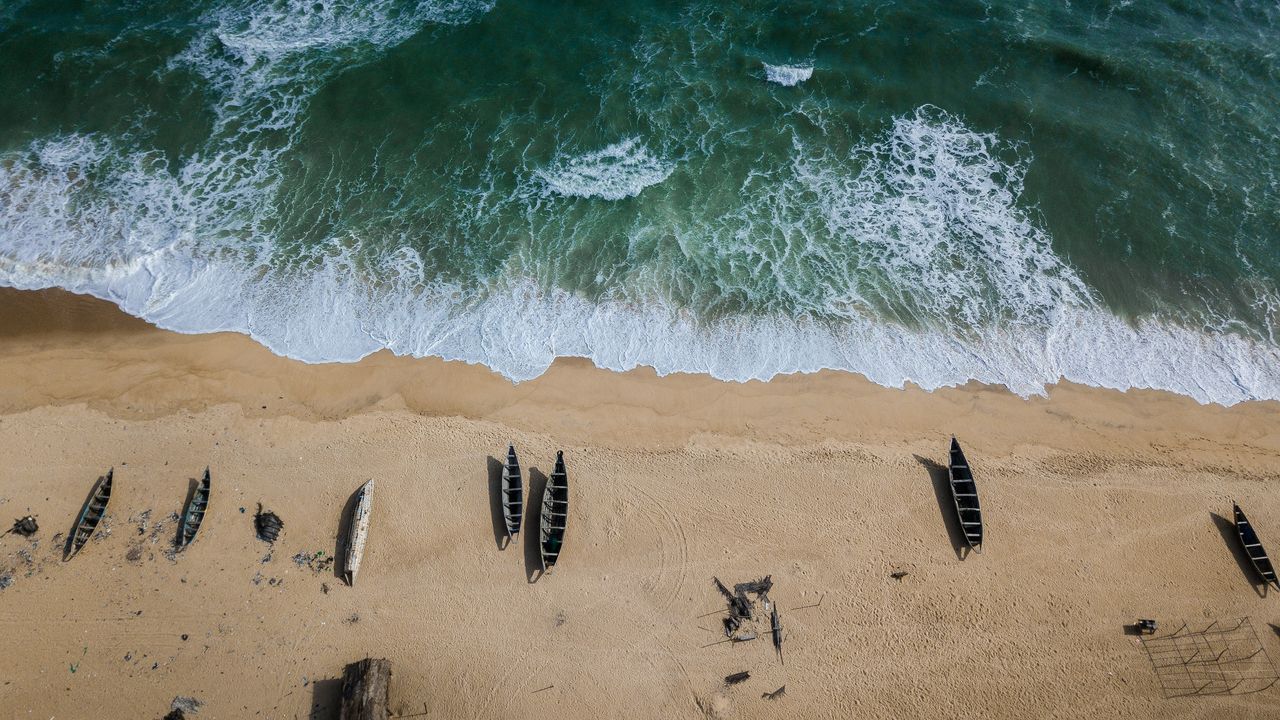 The most populous country in Africa, Nigeria doesn't often make it onto the radars of many international travellers. This is somewhat of a pity as outside of its cities and remarkable history, Nigeria has a wealth of natural beauty including savannah, rainforests and waterfalls. Nigeria's wildlife and biodiversity is extraordinary and many rare animals can be seen in their natural habitats.
More from Nigeria
About Us Privacy Policy Archive Contact
© 2022 Faraway Worlds.