After spending a few days in Santiago, I had an almost uncontrollable urge to leave the city and see some natural beauty. The Andes mountains ringed the city and whenever I saw them, I remembered the stunning views as we flew over the mountain range from Argentina. I decided to see if there was any way we could spend some time in the mountains, even if it was just for a day.

Luckily, it’s an easy drive to Cajón del Maipo and El Yeso Dam from Santiago. Instead of hiring a car, we decided to take one of the rather affordable day tours from the city. We don’t often take tours, and, when we saw the snowy conditions, we were glad we had. The first stop was a rental shop where we got ourselves fitted with snow boots, then on we went. 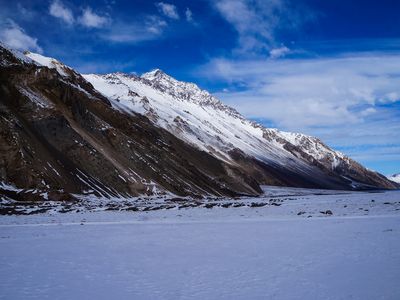 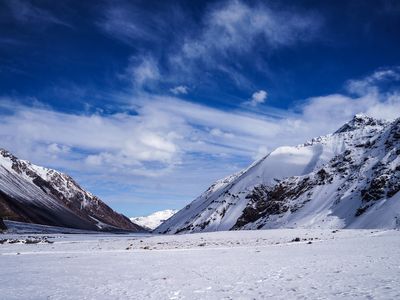 Our group was predominantly Brazilian, generally aged in their twenties and thirties, and very excited. Our Portuguese being non-existent, we quickly found the only couple in the group who could speak English. We learnt that this was the first time most of the people on the bus would be seeing snow. There was music and laughter and we had a great time as we meandered through the mountains.

The El Yeso Dam was stunning. We stood in front of the deep blue lake, ringed with mountains and didn’t want to leave, despite the cold air and biting wind. It was only May, but the snow was thicker than we expected and I felt like I’d accidentally wandered into a wintery fairy realm.

It was more sheltered in Cajón del Maipo, the river running thick and fast and snowy mountain peaks towering above us. Here, the focus was playing in the snow, and our Brazilian companions were thrilled. There were snowmen, snowball fights and many, many photos.

In the background, our tour guide set up wine and snacks on long tables in the snow, and we all laughed over drinks and snacks. Then the music was turned up and the dancing began – salsa and line dances in the snow. We didn’t know the songs or the dances, but joined in all the same, struck by the wonderful contrast between Brazilian culture and the Chilean mountains. 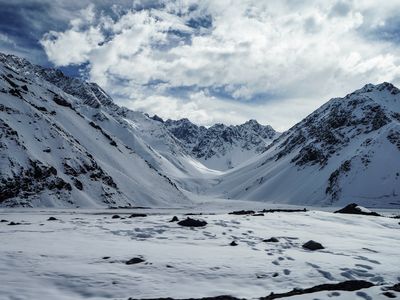 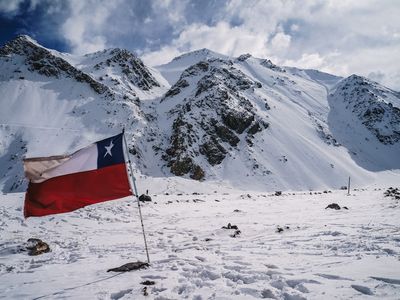 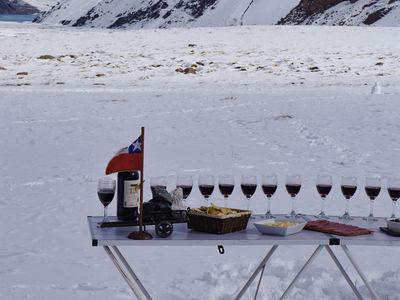 The festive mood continued all the way to Santiago, with singalongs in the van. We stopped at San José de Maipo for drinks and empanadas and finally returned in the dark, tired but savouring our small taste of the Andes.

Interested in doing a day trip to Cajón del Maipo and El Yeso Dam? We took this tour from Santiago.

Colours and street art in Valparaiso

Eight fun things to do in Santiago 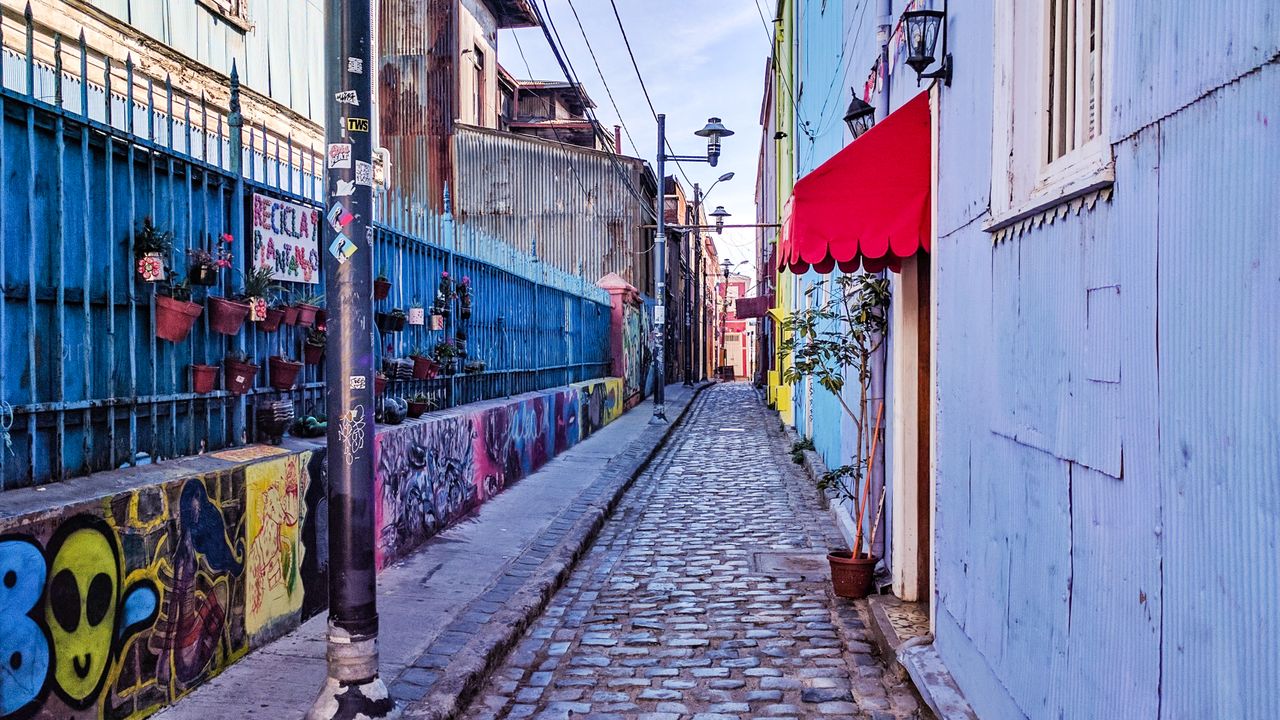 Chile is a beautiful and diverse country, with a long coastline framed by desert, mountains and forest. The capital city, Santiago de Chile, is situated at the foot of the Andes Mountain range, their snowy peaks visible in the distance.
More from Chile
About Us Privacy Policy Archive Contact
© 2022 Faraway Worlds.