World-renowned game fishing, beautiful scenery and the local outdoor culture make New Zealand a must for fishing enthusiasts. And while the country is known for the size of its fish, there are many other reasons why fishing in New Zealand is truly remarkable experience. 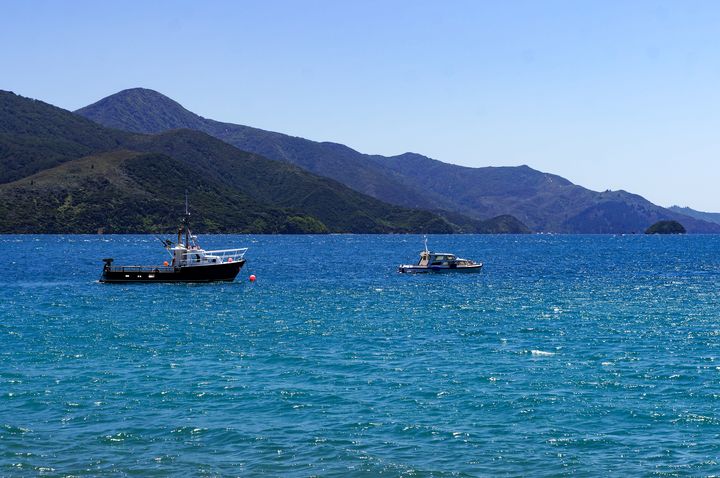 1. You’ll be surrounded by stunning landscapes

With over 15,000 kilometres of coastline, New Zealand has a surplus of fishing spots to choose from, many with spectacular scenery. The Bay of Islands in the north of country is best discovered by boat – just imagine chasing big game fish surrounded by crystal water and unspoiled beaches.

Blue cod are a popular choice in the Marlborough Sounds, a series of ancient river valleys filled with seawater and studded with long, jagged ridges. Trout and salmon are also plentiful in Lake Wanaka and Lake Hawea in Central Otago, two of the country’s most picturesque spots.

2. The diverse fishery caters for every experience

Whether you prefer game fishing, fly fishing or just relaxing close to the city, there’s an option for you. New Zealand’s game fishing is world-class, with most of the world’s striped marlin records made in its waters. Yellowfin tuna and kingfish are also popular for those wanting a challenge.

However, you don’t need to spend thousands going game fishing to enjoy New Zealand’s fisheries, nor do you have to be a fishing expert. For something a little bit more laidback, head 15 minutes out of Auckland city, put a line over the edge and wait for the snapper to bite. If you’re after a bit more of a challenge try fishing in a kayak or off the back of a jet-ski. 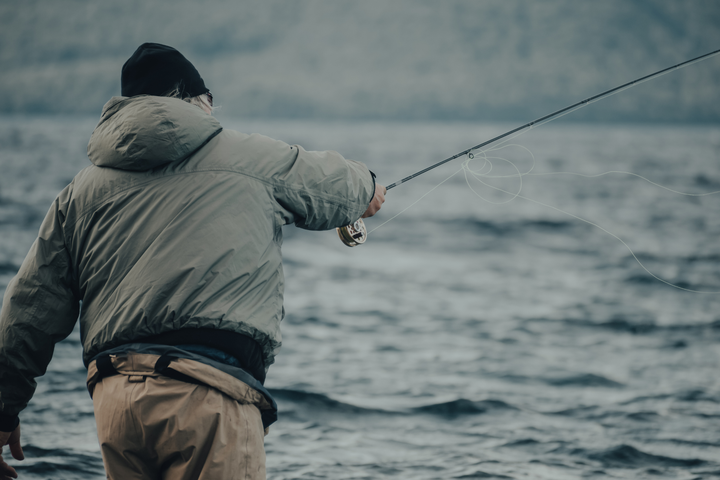 Beginners can try a day out from Waiheke Island off the coast of Auckland to learn the basics, while trevally or kahawai offer a challenge for more accomplished saltwater fly fisherman looking for excitement. If that doesn’t sound like your sort of thing, consider jigging or using softbaits. By focusing on the technique, fishing becomes more about the sport and the art, and less about catching the trophy fish.

4. The quality of freshwater fish

First introduced to New Zealand in the late 1800s, salmon and trout have thrived in local rivers and lakes. In the summer months, the North Canterbury’s untouched rivers are the best spot for sea-run salmon fishing while surrounded by stunning views.

Rainbow and brown trout can be found in most streams and lakes around the country and some waters in the North Island are home to the purest stain of brown trout in the world. New Zealand’s brown trout are legendary to fly fishers worldwide, and Lake Taupo has an especially good global reputation for trout fishing. Trout is also unavailable commercially in New Zealand – it’s only allowed to be caught recreationally – so if you want to try the local trout, you’ll have to catch it for yourself! 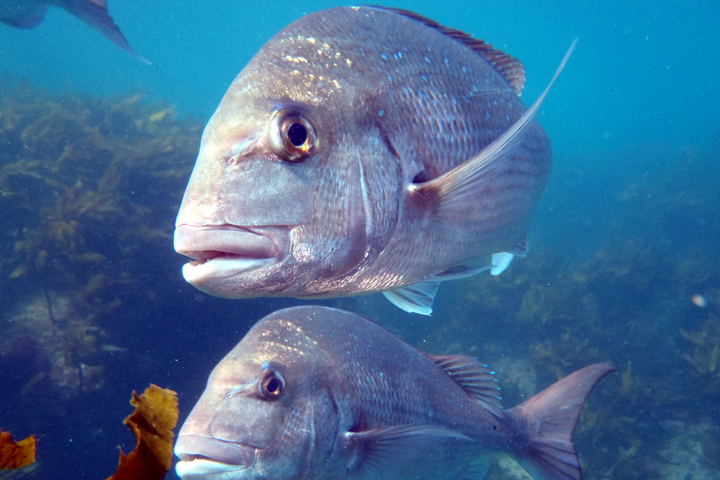 5. We have some great native fish… and not all of them are big

Snapper is the main goal for most Kiwi fishers and you don’t have to go far to find them. Common in the North Island and the upper South Island, snapper are New Zealand’s most popular sports and table fish. While they average one to two kilograms, it is possible to catch some in excess of 10 kilograms.

On the smaller end of the scale is a tiny, freshwater fish called whitebait or inanga. From September to November, you’ll find these small fish at the mouths of large rivers. Often cooked in fritters, they are considered a traditional food by Maori.

6. You can get a local restaurant to cook your fish for you

If you’re wondering what to do with your nice, fat trout, there’s an easy solution – take your fish to a restaurant in Taupo and they will gladly cook it for you. Saltwater fisherman can do the same. If you’re heading out on a charter boat, ask the skipper where to take your catch. Otherwise just try a local restaurant – just keep in mind that it’s illegal to sell recreationally-caught fish!

If you’re after something a bit simpler, local fish and chip shops will usually be happy to batter and cook a couple of fillets for you. Just sit on the beach, eat your catch and reflect on your day to have the quintessential Kiwi experience. 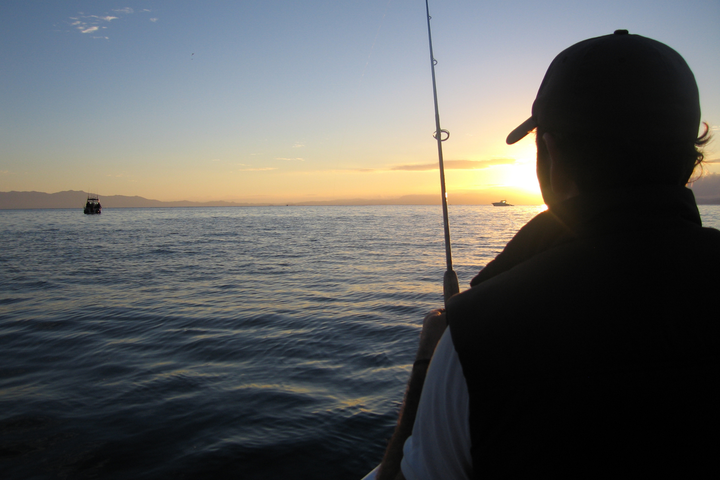 7. Fishing is integral to the cultural heritage of New Zealanders

Even the earliest stories of New Zealand include fishing. In Maori mythology, the North Island was the outcome of a fishing trip, when Maui pulled it up out of the ocean on the end of his line. As a result, the North Island is called Te Ika a Maui in Maori, translating as “the fish of Maui”.

Nowadays, fishing is still an intrinsic part of the lifestyle of many New Zealanders. Next to gardening and walking, it’s the most common recreational activity in the country, and access to fishing is considered a customary right. Catching a fish and sharing the resulting meal with your friends and family is part of what it is to be a New Zealander. Doing the same is a great way to experience the local culture.

Getting around New Zealand 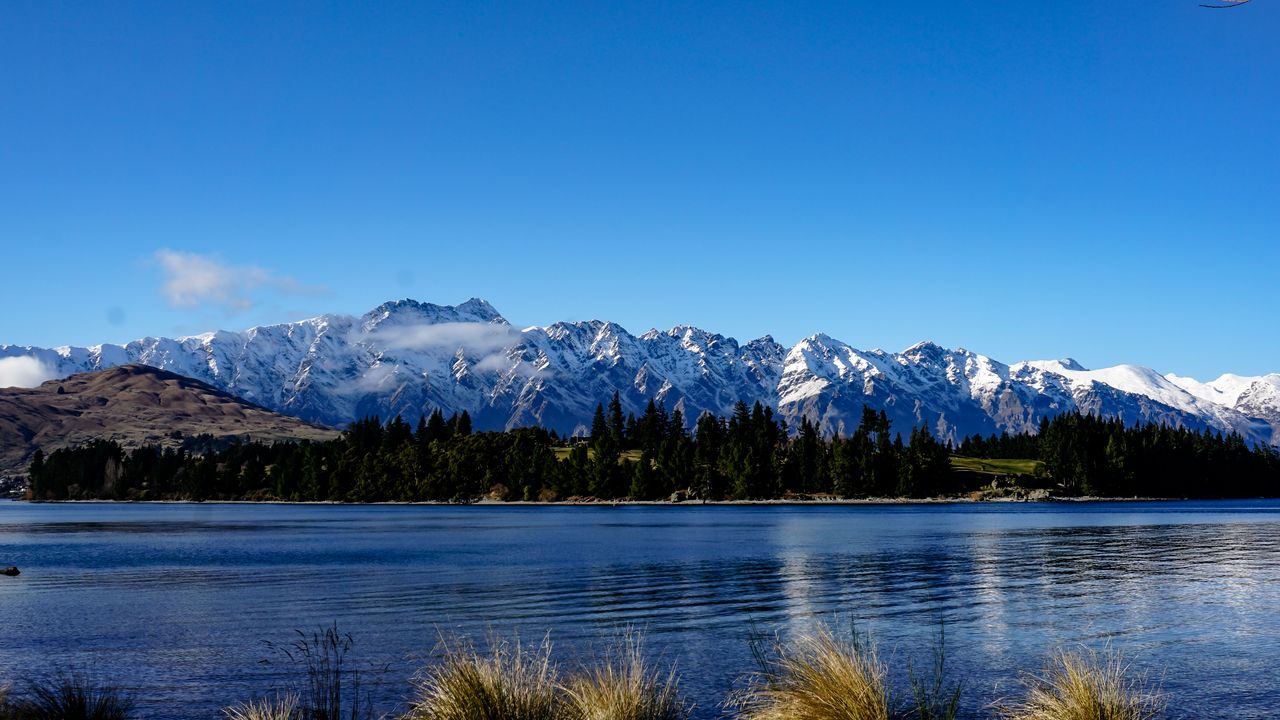 Famous for its natural beauty, New Zealand is a wonderful destination for travellers with a bit of an adventurous streak. A safe and accessible country, you'll find a huge range of activities to keep you busy, particularly if you enjoy the outdoors.
More from New Zealand
About Us Privacy Policy Archive Contact
© 2023 Faraway Worlds.