Where to stay in London

London is one of the most iconic cities in the world and with so many things to see and do it’s hard to know where to start, and perhaps even harder to decide where to stay. A visit to London will, of course, be filled with the big tourist attractions, but it’s often the smaller details that can really make a trip memorable.

The vibrant and edgy neighbourhoods of Brixton, Soho and Notting Hill provide perfect options for those interested in food, culture, and something more affordable. Whereas South Kensington, Chelsea, and Westminster, located towards the centre of London are great options for families, shoppers and tourists.

No matter your preference, your vibe or your budget, London has got a neighbourhood for everyone. Here are six London neighbourhoods perfect for foodies, couples, families with kids, shoppers, tourists, and budget travellers. 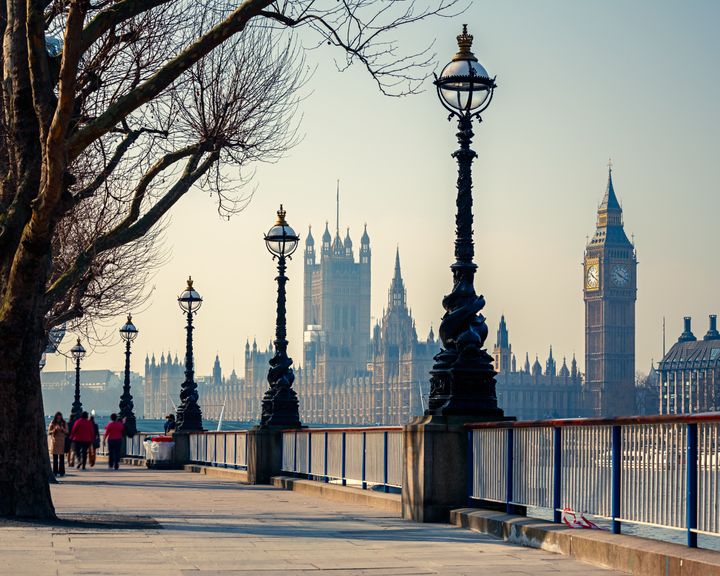 Best area to stay in London for first-time visitors 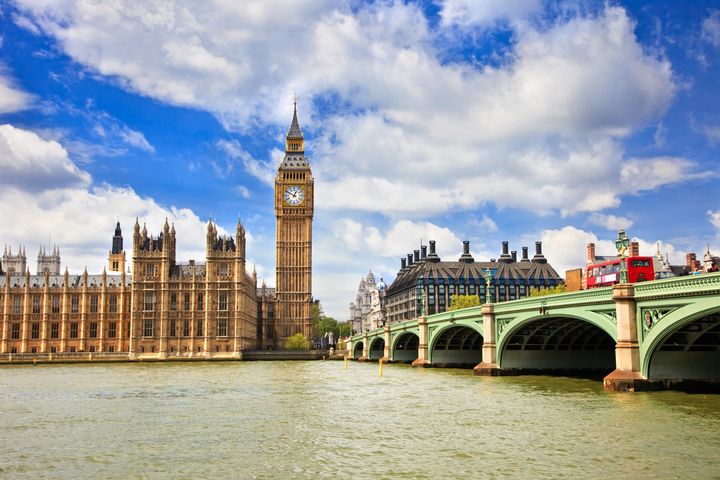 Westminster is a hub of activity, business, government, and tourism. Despite its central location, Westminster isn’t well renowned for its charm and community character. It is what it is, the epicentre of tourism (and government). When you are travelling, sometimes it is just best to be in the heart of the place you are exploring and that is what Westminster offers in abundance.

You will never be short of places to eat, drink and shop in Westminster and transportation options are plentiful. With tube stations, bike rentals and multiple bus lines you’ll always be able to hop around from attraction to attraction. Westminster is also on the banks of the River Thames an added element of interest.

It's the perfect base to be able to pack as many exciting London tourist attractions into your visit as possible. Westminster Abbey, Big Ben, Buckingham Palace, the London Eye, Covent Garden, the West End and many more big London sites are located in and around Westminster.

Stay at the Conrad London St. James, which provides a modern ambiance or, if you're after five-star luxury, check in at Sofitel London St James for , just 15 minutes' walk to Buckingham Palace.

Best are to stay in London for couples 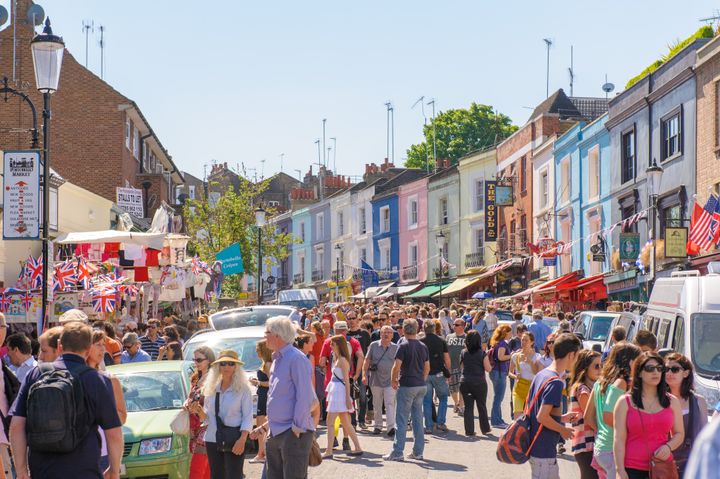 Notting Hill is a romantic, authentic, hipster hangout, perfect for couples visiting London. Perhaps best known for the iconic Notting Hill Carnival, this area is as appealing as its pastel-coloured houses.

Romantically wander the streets of Notting Hill in the footsteps of the beloved rom-com characters William Thacker and Anna Scott (aka Hugh Grant and Julia Roberts). Explore the beautifully coloured houses and lose yourself in Portobello Road’s famous market. Notting Hill is the perfect cosy community giving visitors an authentic London experience.

Portobello Road Market dates to the 19th century and is one of London’s oldest markets. Crammed full of antiquities, flea market bargains and appetizing street food, Portobello Road is a fantastic place to feel Notting Hill’s unique and homely vibe.

Stroll hand in hand from one colourful street to another: Portobello Road, Lancaster Road, St Lukes Mews, Elgin Crescent and Colville Terrace are some of the most Instagrammable streets in Notting Hill, if not London. A mixture of vibrant colours and pastel tones, these houses, will have you scrolling through Rightmove when you are back at your Notting Hill hotel.

Stay at The Lost Poet for a colourful and unapologetically British ambiance or the Portobello Hotel with quiet, boutique rooms.

Best area to stay in London for families 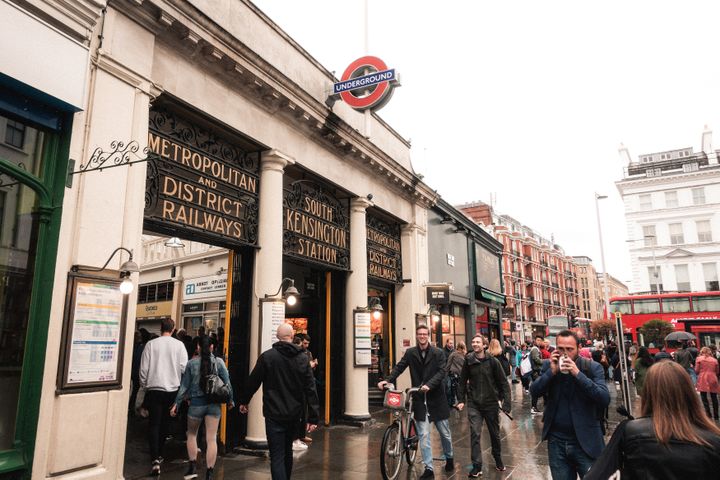 Travelling with kids can be stressful, so being in a good location to reduce travel time makes for a more enjoyable trip. Staying in South Kensington will allow you to jam-pack your itinerary with fun and excitement, whilst also being able to pop back to your accommodation for some much needed respite.

Walk down picturesque streets lined with red-brick buildings, with the ease of knowing you are a short distance to some top-notch attractions. Visiting the popular Natural History Museum (be sure to check out the dinosaur exhibit) and Science Museum will keep the little ones entertained for hours.

As well as museums, South Kensington is situated just 15 minutes' walk from Harrods and Hyde Park and a short underground ride to Buckingham Palace.

Stay at The Ampersand for a perfect balance between stylish luxury and convenience, just one minute walk from the South Kensington Underground Station. Alternatively, check out some of the amazing Airbnb options for a family friendly local feel.

Best area to stay in London on a budget 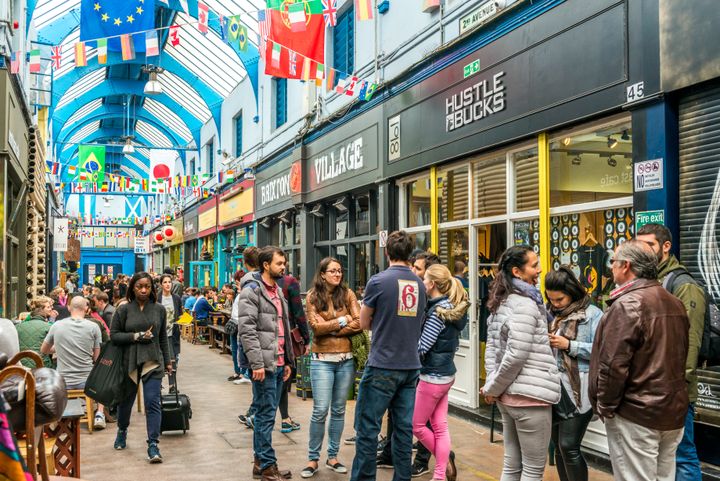 Brixton has become one of the trendiest places in London and is a hub for those pound savvy budget travellers. Located in South London, Brixton is a melting pot of multicultural vibrancy and reflects the U.K.’s diverse population. With flavours from Jamaican to Nigerian, travel halfway across the world to Brixton and you might just find something that reminds you of home.

Brixton is the best neighbourhood for budget travellers as it offers affordable accommodation and living, whilst also being a short underground ride away from big city attractions.

Brixton has gone through a “trendification” process in recent times, combining its beautiful and illicit art culture with music and entertainment to create a youthful and fashionable vibe.

One of the top things to do in Brixton, is to search for street art, which frankly isn’t too difficult, because lucky for you it’s everywhere! Taking a street art tour of Brixton was one of the best things I have ever done in London. Our guide, a street artist himself, packed the tour with so many incredible pieces both licit and illicit, with detailed stories of late night spray cans and on-foot police chases.

Then head to the famous Brixton Market, where an aroma of heavenly smells will leave you drooling. Jamaican jerk chicken, Ethiopian injera, Moroccan tagine, and so much more, you’ll be left spoilt for choice at Brixton market.

Stay at Hootananny Hostel, located in a traditional Edwardian pub, for a perfect atmosphere at an affordable price.

Best area to stay in London for foodies 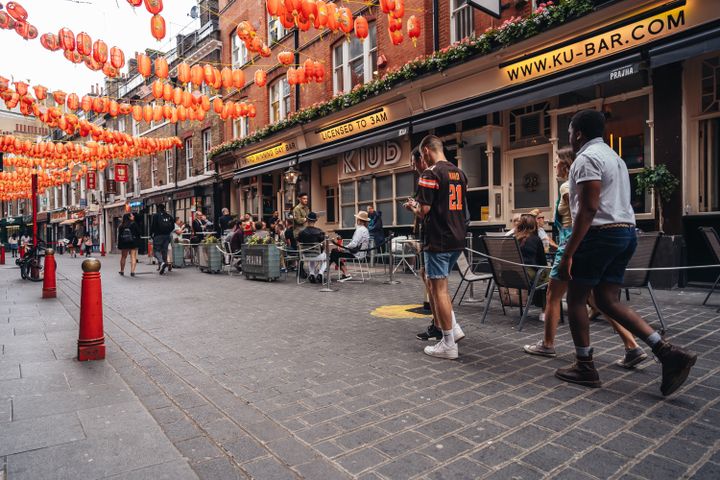 Often referred to as the beating heart of London, Soho is an eclectic mix of cultures, activities, and above all else, the home of exemplary food and entertainment. From fine dining to street food, Soho has it all. French, Indian, Thai, Sri Lankan, Japanese, Soho has so many delectable cuisines you’ll be left feeling overwhelmed for choice.

Soho is a fusion of flavour and culture; with everything we love about the world stuffed into one square mile of narrow bustling streets. Since the 1980’s Soho has undergone substantial gentrification, creating a fashionable, edgy and foodie inclined community. Soho is a small neighbourhood, with many of the best places to devour food and knock back scrumptious cocktails in and around Dean Street.

When in Soho you absolutely must head to The French House, or to use the local lingo, The French. This iconic London watering hole is full of surprises. Head inside and order a half pint of your favourite beer, but whatever you do, don’t order a pint!

Sneak upstairs and you’ll be delighted to discover there’s a French restaurant. With a no phone policy, French House’s restaurant is alive with human interaction, the sound of crispy baguettes breaking, and the slurping of mouth-watering oysters, selected from a scrawled handwritten menu.

Soho is littered with delicatessens and produce shops you simply must explore. Camisa & Son, on Old Compton Street, is a treasure trove of all those Italian delights. Meats, pastas, and tasty herby focaccia, they’ve got it all. Just 60 metres away you’ll find Algerian Coffee Stores, a coffee emporium exploding with strong smells and crammed with coffee from every country imaginable.

Stay at The Resident Soho, for stylish décor and local food hotspot recommendations.

Best area to stay in London for shopping 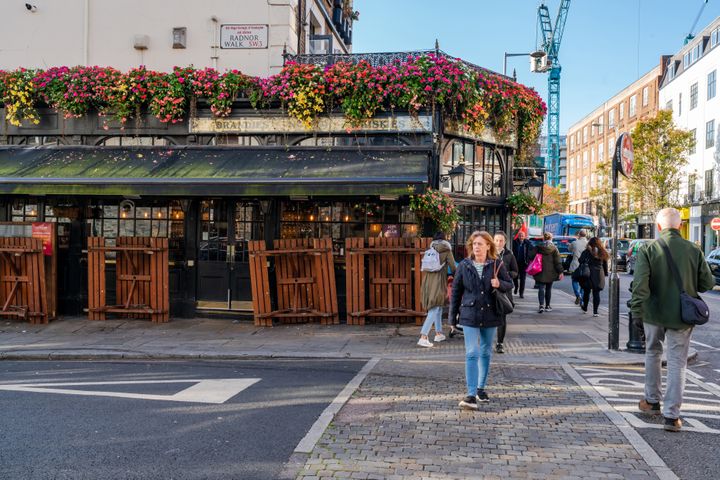 Chelsea is home to the affluent and the stylish. From its residents to its shops and restaurants, Chelsea is a neighbourhood of luxury. Located in west London, most of Chelsea’s retail delights are centred around the prestigious Kings Road.

Kings Road has everything you need for a shopping trip. High-end shops, independent boutiques, and department stores line this two mile road. Head to Sloane Street for the ultimate luxury shopping experience, where Cartier, Prada and Tiffany & Co will have your credit card chomping at your purse's zip.

After all that retail therapy you are bound to want to find a great spot for lunch (and to rest those legs). Located on Kings Road, the Bluebird Chelsea is a great place for brunch, lunch, or afternoon tea. If you’re looking for something higher end for your evening meal, then The Five Fields is the perfect luxury dining experience to round off a productive (and expensive) day of high-end shopping.

A stay in Chelsea can be anything from affordable to obscene. With average property prices in Chelsea rolling in at over £2 million, it’s not hard to imagine just how pricey some accommodation is.

Stay at the charming Sydney House Chelsea, where you simply must book the attic room apartment, or splurge on the Beaverbrook Town House for a slice of Art Deco, high-end luxury.