Visiting a coffee farm in Colombia

Have you ever wondered how coffee is made? And I don’t mean that instant just-add-water stuff that comes freeze dried. Real coffee is grown in equatorial climes, by dedicated cooperatives and generations of farmers that care for every aspect of the bean.

The Colombian coffee region of Quindio is famous for growing and producing the majority of Colombian coffee. The beautiful town of Salento is at the epicentre of ‘Eje Cafetero’, Colombia's Coffee Triangle.

Many come to Quindio to marvel at Colombia’s tallest trees, the Quindío wax palm, and hike the stunningly picturesque Valle de Cocora. But a stop not to be missed in Quindio are the many fincas, or coffee farms, that produce some of the finest quality coffee in the world.

We visited Recuca, a coffee farm with a healthy dash of fun to find out how the popular beverage is made. It’s known as "The Tour of the Coffee Culture" as it’s a very participatory experience. You will get involved in everything from planting, to harvesting, pulping, drying, threshing, roasting and the actual grinding of the beans, in the traditional way of course... Not to mention a few costumes and some dancing along the way. 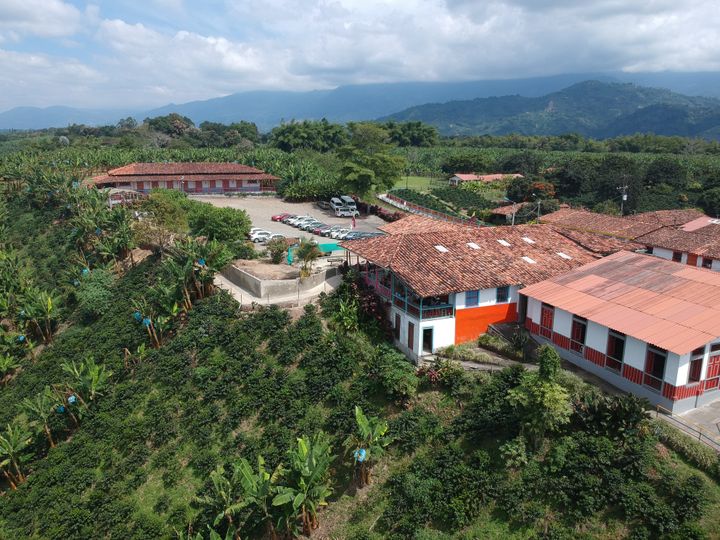 What's so special about coffee in Colombia?

In Colombia, coffee is big business. Colombia is currently the third largest exporter of coffee in the world (after Brazil and Vietnam). The country exports an astonishing 11,000,000 bags of coffee each year.

There are more than 500,000 families that produce coffee in Colombia in an almost national effort to export Colombian produce all over the world. Trade associations make sure these families have good working conditions and the industry is also helping to improve infrastructure around the country.

Over 25% of Colombia’s rural population depends on coffee production for their income. And although they export much of it, coffee culture is getting more popular in Colombia. There’s a real sense of national pride around the bean. And so there should be - Colombia is the number one producer of arabica coffee in the world. 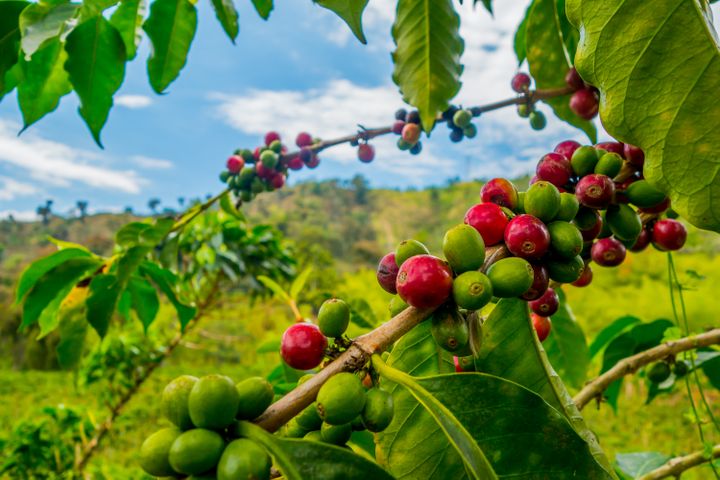 Is it worth visiting a coffee farm in Colombia?

Visiting a coffee farm is one of the best things to do in Colombia. It’s a proud tradition of the people, and coffee is the key to a better life for some. Many say this natural caffeinated stimulant has replaced another powdered export that Colombia was perhaps once more famous for. What better reason to support this industry that provides so many jobs to the Colombian people?

Of course you may have tasted Colombian coffee in your home country or even in other places around the world. But do you want to know a secret? Colombia keeps its very best beans within its own borders, so you will never get a true Colombian coffee outside of Colombia.

Its geography within the Coffee Belt gives Colombia the perfect climate and ideal conditions for producing the finicky bean. Colombian coffee is well known throughout the world for its rich, mild flavour that comes from the perfect temperature, humidity, soil and elevation.

As a lover of a strong Italian blend, I was surprised at just how smooth true Colombian coffee is. Great care is taken at every stage of the coffee making process to make sure that the bean is at its very best. No bitterness from over roasting, no sharpness from beans that are picked too early, just a delicious well-rounded cup of coffee. I think even non-coffee lovers would enjoy a cup of Colombian coffee without milk or sugar. 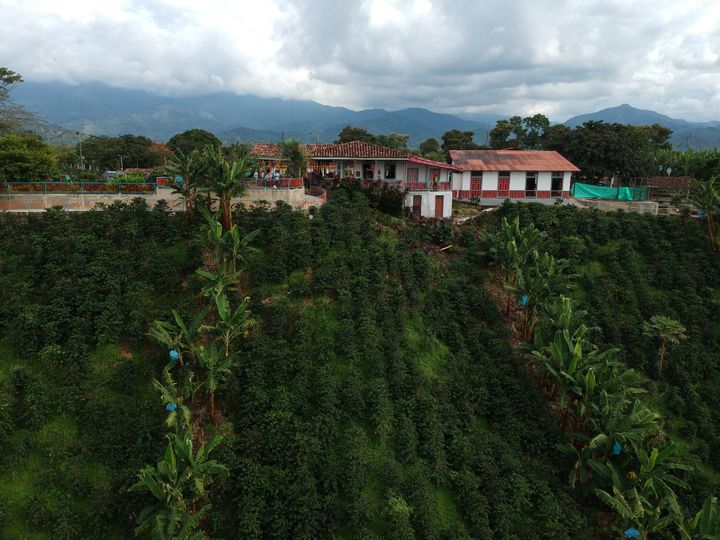 The Recuca coffee plantation is located between the towns of Calarcá and Barcelona, just outside of Armenia. It could be just another coffee tour, informative, interactive and interesting like those I have attended in Costa Rica, Vietnam, and Indonesia. But Recuca does things differently.

Here you will dress up, shout, sing, and watch a rather odd stage show involving a wooden jeep and faulty brakes! In the heart of the UNESCO World Heritage listed Coffee Cultural Landscape of Colombia, Recuca offers entertaining guided tours in both Spanish and English. It’s open every day of the year with tours running every 30 minutes from 9am to 3pm. 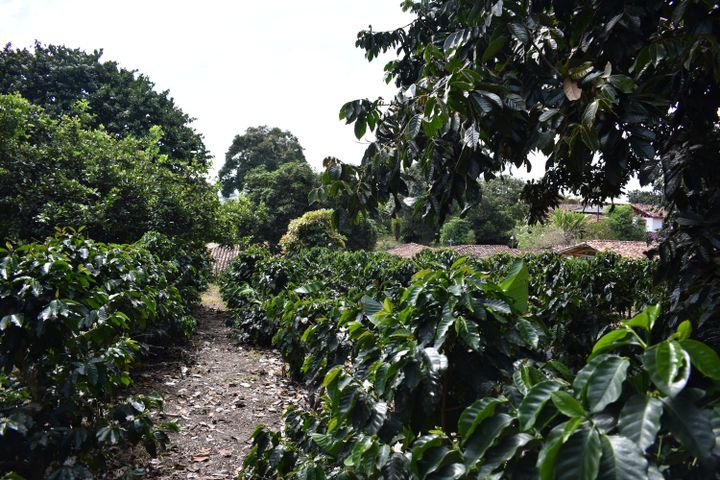 A soon as we arrived, we were taken on a 30-minute walk to learn about the coffee cultivation process. We were taught about the discovery and history of coffee, shown a world map indicating all of the major consumers and producers of coffee, as well as a map of Colombia showing the many coffee producing regions.

It’s not just Quindio that produces coffee, there are several coffee regions in Colombia that produce slightly different beans. We also learned about the types of coffee, pests and disease affecting production, and the ideal conditions for growing.

Then it was time for the picking! For the perfect bean, the peak season for Colombia coffee farms is March to June, but you can also pick beans during the shoulder season of October to December. Outside of these times the beans aren’t ripe for picking.

We were given coffee picker baskets to tie around our waists and strict instructions to pick only the ripest of beans. Many coffee farmers in Colombia still use these traditional techniques as they do less damage to the beans than machines.

After 10 minutes, we returned to compare our haul with the rest of the group. Weighing in our hard work, we were paid in ‘Recuca Pesos’ and a refreshing aguapanela (a popular Colombian drink combining water, unrefined cane sugar, lemon and lime juice).

After some theatrical work from our group members calling for the Bodeguera (wine maker), we were shown how the beans are separated from the fruit, dried and sorted into grades. The attention to detail was astounding, every imperfection scrutinised and only the finest beans selected. 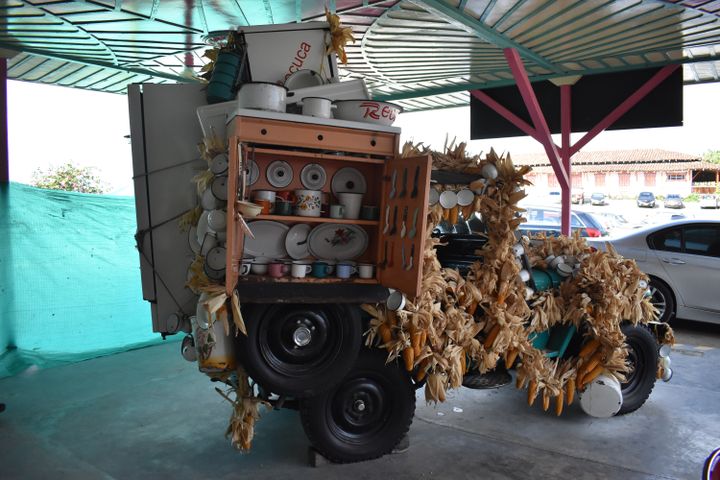 Our next stop was a colourful Colombian neighbourhood set, we dressed up in traditional rural attire and learnt some of the local customs. Or at least that’s what they told us. What ensued was some fantastically bad dancing, bizarre photoshoots and a lot of laughing.

Our engaging guide then took us to a theatre where we found a small wooden tribute to the Willys Jeeps that are infamous in the area. These old American Jeeps were used for everything in Quindio, stacked to the brim with goods, often fitting a whole truckload of supplies on top of one small Jeep!

They were also notorious for breaking down, with bad brakes and cheap parts. This featured heavily in the lively reenactment our guide gave us of a day in the life of a delivery driver.

We had worked up quite an appetite by this point and were ready for a traditional Colombian lunch. The friendly Recuca staff served a hearty meal of beans, chorizo, egg, rice, plantain, ground beef, and arepa, all washed down with aguapanela. The perfect meal for a farm worker. 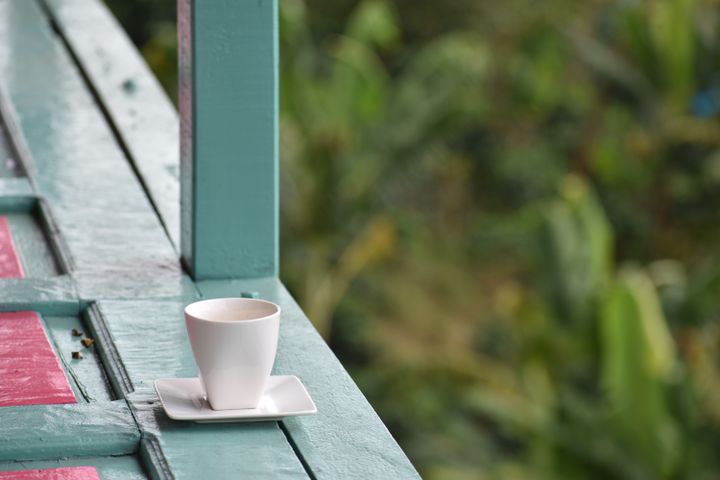 Finally we got our chance to taste the coffee. The tasting started by testing our palettes. We sampled concentrated rose, almond, cacao, and lemon and were then given different spoonfuls of water. Each spoonful was either bitter, sweet, sour, salty, or neutral.

After honing our senses, we were ready to taste the coffee. First the smell. We were shown 6 different samples and tried to guess the quality of each. Then these blends were transformed into coffee shots to see if we ranked them in the same order as before. The results were impressive, everyone managed to guess the best and worst coffee with great accuracy.

How to make the perfect cup of Colombian coffee

Then came my favourite part of the whole day: learning how to make the perfect cup of coffee. Everything from the temperature of the water, the method, the amount of ground, and even how to pour the perfect coffee was explained in revelatory detail.

My biggest takeaway was that espresso (my go to on a long day of driving) is actually much weaker than a slow brew method like a cafetiere. Mind blown. We all felt like coffee experts when we left. You don’t have to be an aficionado to appreciate the passion Recuca shares for their coffee. 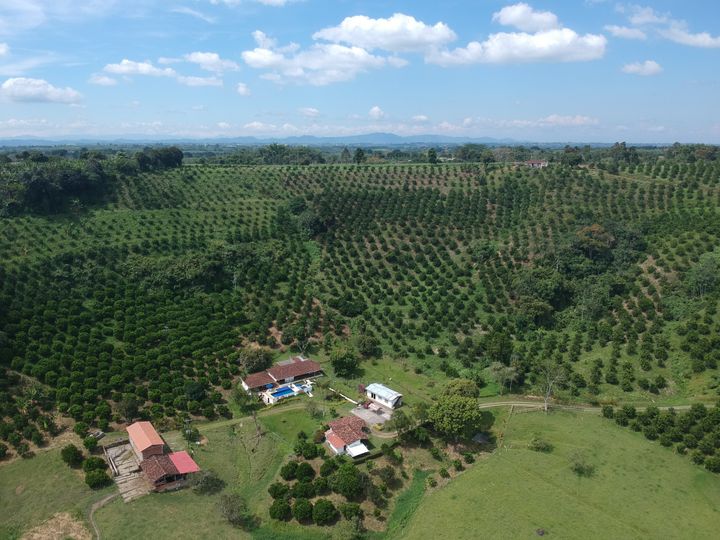 How to get to Recuca Coffee Farm

You can get a bus from Armenia’s bus terminal headed towards the town of Barcelona and ask the driver to let you off at the entrance to Recuca. From there you can call a jeep to take you to Recuca for a small fee or walk the 2.2km to the farm in about 30 minutes. ta You can also take a tour from Salento where the transport is included.

How much does a Colombian coffee tour cost?

You can choose one of three options called ‘passports’, or do all three (like us) making it a full day's experience. The Recuca coffee tour options are as follows;

Book online in advance, especially if you want an English speaking tour. Guided tours can be booked here or contact Recuca through Facebook.

A pocket guide to Salento, Colombia

What to know before travelling to Medellin 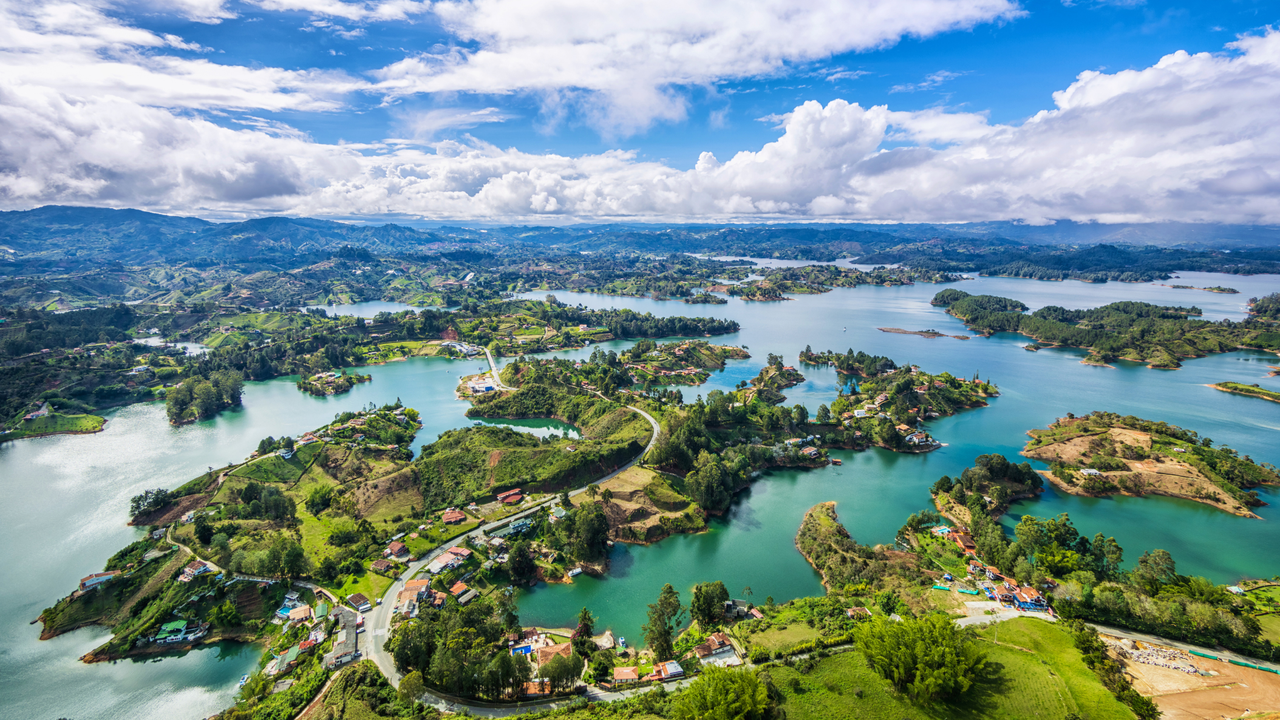 Home to a traumatic but rich history, stunning scenery and some of the continent’s most welcoming and sophisticated people, Colombia is a natural draw for travellers to South America.
More from Colombia
About Us Privacy Policy Archive Contact
© 2022 Faraway Worlds.