Whimsically known as the Empty Quarter, the Rub Al Khali desert encompasses about a third of the Arabian Peninsula, including land in Oman, Yemen, Saudi Arabia and the UAE. In total ,it is over 1000km long and 500km wide and it consists of wave upon wave of huge sand dunes.

In times gone past, many an ambitious trader perished trying to carry their goods across this desert, along the ‘Frankincense Trail’ to the ports of the Arabian sea. If you’re visiting Abu Dhabi for a few days, then camping out in the Empty Quarter for a night or two is an experience not to be missed. 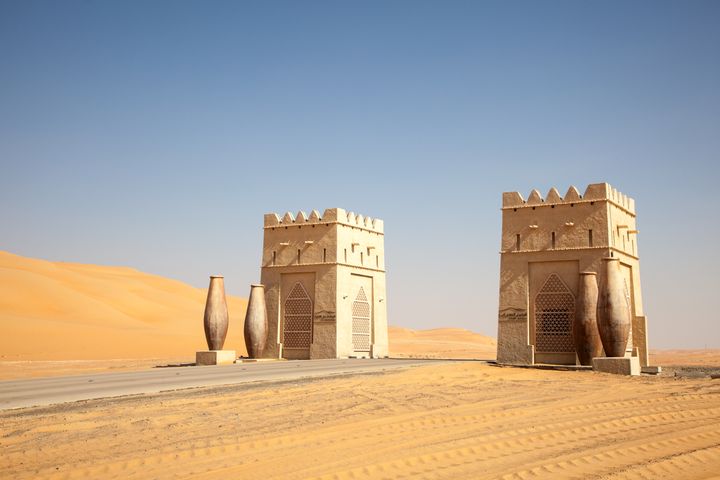 Getting to the Empty Quarter from Abu Dhabi

A desert road trip just south of Abu Dhabi will transport you far from the city’s skyscrapers and malls and add a cinematic, sensory dimension to your UAE adventure. Here you’ll find vast open spaces lidded by cornflower skies, waves of sandy dunes shimmering in shades from silver to cinnamon, lonesome camels by the roadside and lush date palm groves. Impressions seem to get more magical with every mile you travel.

The Empty Quarter can be reached from the north through either of two different roads. In the vicinity of Tarif, the main road forks off of the E11 highway. After that, the trip is one hour long over a four-lane asphalt road in good condition and passes by Madinat Bayed.

There is one modern station on the way from Madinat Zayed and numerous older-style stations along the road that travels through the Empty Quarter.

ADNOC operates several gas stations in Liwa. They are not very well marked; nonetheless, you should keep an eye out for the white "fort" that used to be typical of ADNOC stations.

To get around the Empty Qurter, you'll need a car. Hire a 4x4 and keep an eye on your gas levels. If you want to explore the dunes, you will need the help of a professional 4x4 guide. You can do organised day trips or overnight tours from Abu Dhabi. 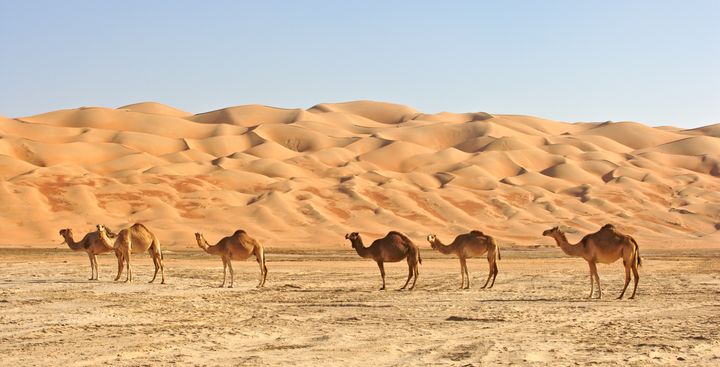 Temperatures in the Empty Quarter

The empty Quarter region is known as hyper-arid because it gets less than 35 millimeters (1.4 inches) of rain annually and has a relative humidity of 52 percent in January but only 15 percent in June and July.

Even though the average daily low temperature in January and February is 12 degrees Celsius, frost has been seen (54 degrees Fahrenheit). During the day, the temperature can change quite a bit.

From Abu Dhabi follow Hwy E11 west and, just before Tarif, point your wheels south on Hwy E45 towards Madinat Zayed. This small town is the administrative centre of the Al Dhafra region, which makes up about two-thirds of Abu Dhabi emirate. It’s usually little more than a pit stop for visitors, but people arrive here in droves come December for the hugely popular Al Dhafra Festival.

Over 11 days, this event celebrates Emirati customs and traditions with camel races, a camel beauty pageant and other competitions involving falcons, classic cars, Arabian horses and salukis (Arabian dogs) along with heritage activities and a traditional souq and food. 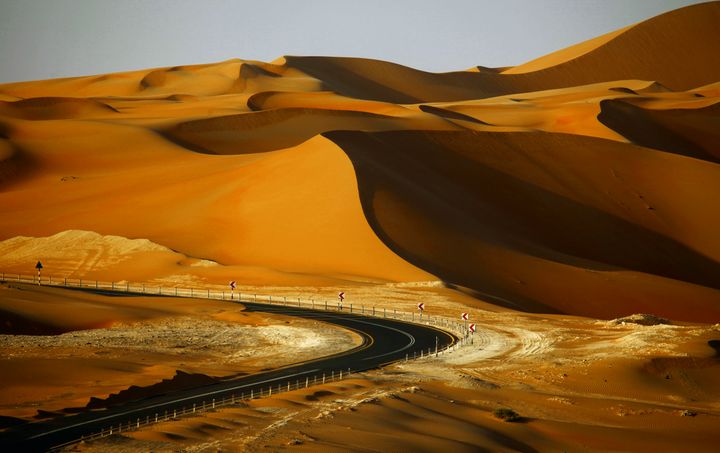 From the hotel it’s about 60km to Mezairaa, the commercial gateway to the Liwa Oasis. This is the ancestral homeland of the Bani Yas, the Bedouin tribe that engendered the ruling families of both Dubai and Abu Dhabi. Some 300 years ago, their forebears began cultivating dates and trading with other tribes in this crescent-shaped oasis with dozens of nearby villages.

This network stretches along Hwy E90 over 100km between Umm Hisin in the west and Hamim in the east. A fun time to visit is during the Liwa Date Festival in July, which elevates the humble fruit to cult status (don’t sweat; events are held inside air-conditioned tents).

About 30km south of Mezairaa, you'll find Tel Moreeb. At 300m high and 1.6km long, it's one of the tallest sand dunes in the world. Consider stopping at Dhafeer Fort on the way there – it’s one of several restored centuries-old defensive forts tucked among the dunes. Although Tel Moreeb translates as ‘scary hill’, the massive sand pile actually looks quite peaceful, despite its steep slope. Locals like to drive up to the top in their 4x4s, but it’s also possible to climb – just pack plenty of sunscreen, water and a hat. Those who brave the trek will be rewarded with a sublime panorama that extends across the unmarked border into Saudi Arabia. Just plop down and savour the mystical views and interplay of shadow and light, ideally at sunset.

As well as being ingredibly photogenic, the dune is a dream for 4x4 enthusiasts, with experienced bikers and drivers competing to climb to the top during the Moreeb Hill Climb event, part of the Liwa International Festival that takes place in the winter. If you prefer to err on the side of caution, simply watch dune-side and get some covetable photographs. 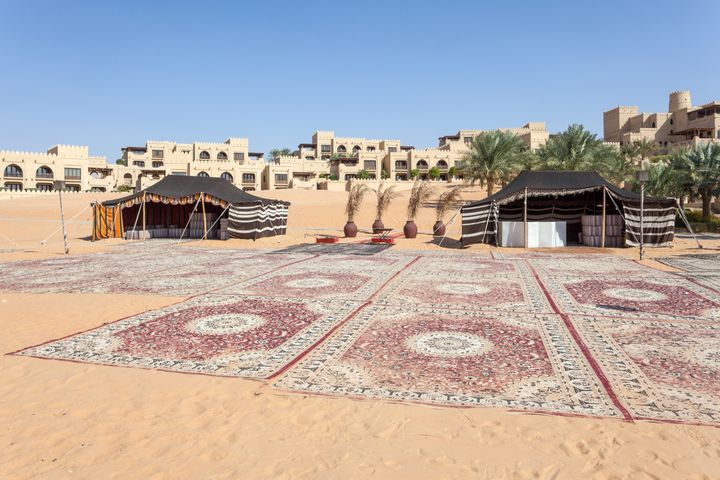 Aside from a star-lidded night in a desert camp, the most beautiful place to hang your hat in the Empty Quarter is Qasr Al Sarab, a dune-cradled luxury resort that’ll move you even when standing still. A nearby desert locale doubled as the desert backdrop for much of Star Wars: The Force Awakens (2015). The resort too, whose towers and turrets mimic the grandeur of a desert fortress, exudes an otherworldly feel. Luxury is taken very seriously here: think villas with private plunge pool, four restaurants and a fine spa. There’s also a long menu of activities and excursions, including sunset walks, sand boarding, camel treks and trips to ancient forts.

Perched on the edge of this majestic desert you’ll find the stunning Tilal Liwa Hotel, a secluded luxury hideaway with all the comforts of modern life, of course.

Discover impressive restaurants, an enormous outdoor pool with breathtaking views of the dunes, and a range of desert activities for all ages. 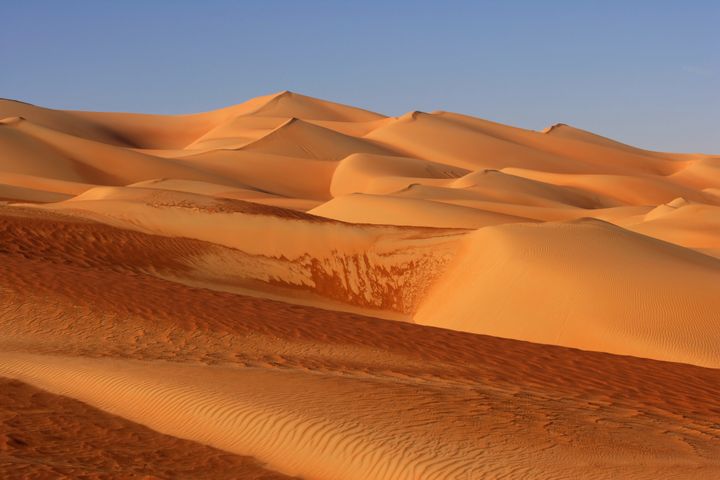 Things to do in the Empty Quarter

The Falcon and Salunki Show

Experience the national sport of the UAE at Al Qasr Sarab, home to nine falcons of the ultra-fast Peregrine and Saker species. Guests can see this ancient sport in action at twice-daily falconry shows, which sees four falcons ‘swoop’ for prey. On top of falconry shows, visitors can also witness the loyal Salunki dogs in action, used by Arabic nomads for hunting, as they go from placid to fierce in a race for bait.

Now, you don’t go to a desert and not ride out the waves. Have your pick of seat ranging from a 4×4 buckled one with dunes bashing on your windowpane, or even the ever pulsating hump of a camel, or the meagre seat of a fat-tyred bicycle. Both Qasr Al Sarab and Tila Liwa Hotel offer a range of desert activities that can be booked by both guests and residents.

Architecture nerds or not, realising where a culture began from is always fascinating. Al Jabbanah Fort, a three-towered structure with a hurdle of shops in front of it, next to the turnoff to the Qasr Al Sarab, awaits your presence with a large courtyard and well. A gorgeous cubic structure found to the right of the road after the Liwa Hotel roundabout, Muquib Tower flaunts Arabesque window framing that enchants. Simple load the car with supplies and get exploring.

Things to do in Dubai

Where to stay in Dubai 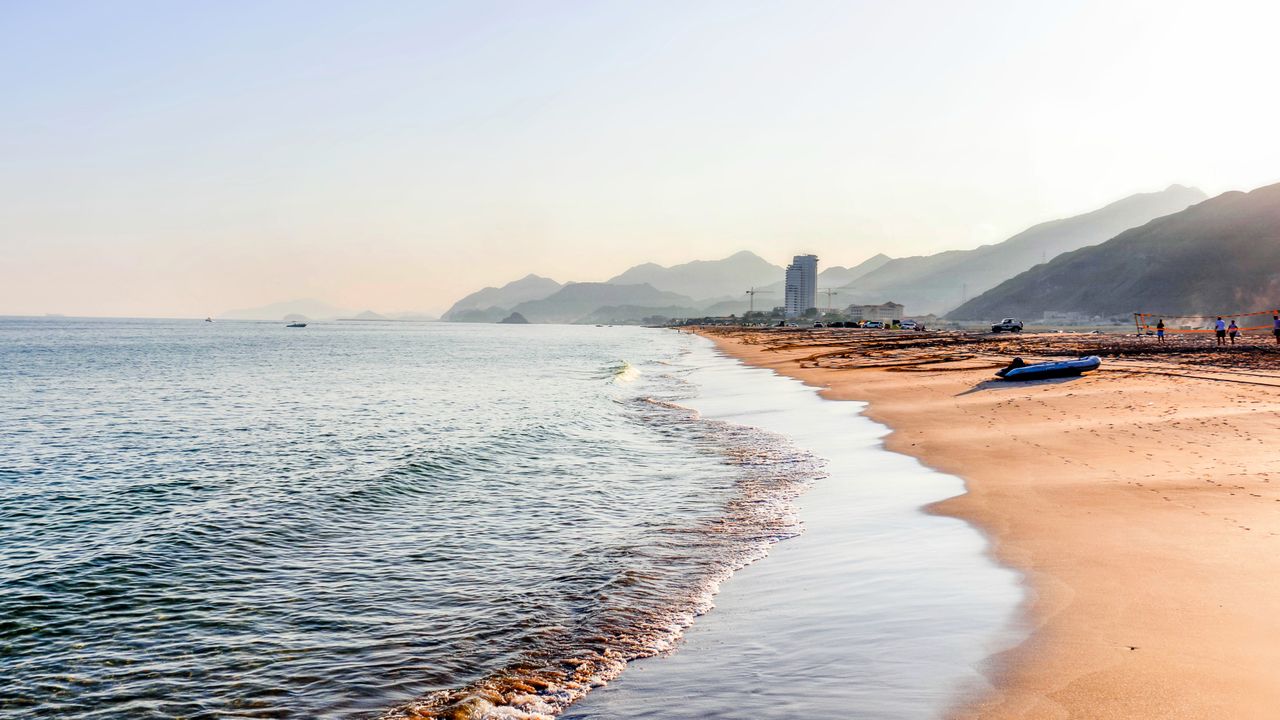