Before I embarked on the 10+ hour drive from Cluj-Napoca, I really wanted to know whether Vama Veche was worth visiting.

So, I did my research and read and heard many conflicting stories of peoples’ experiences. While some recommended it whole-heartedly as the land of freedom and artistic expression, others told me to stay away. They said that it was dirty and overpriced, with too much noise and too many parties.

One way or another, everyone seemed to have a very strong opinion about this little coastal village in the middle of nowhere. After biting the bullet and deciding to visit after all, here’s my take. Vama Veche is situated on the southern edge of the Romanian Black Sea coast, adjacent to the Bulgarian border. Its name, Vama Veche translates to ‘Old Customs,’ an homage to its location near the border.

Once a small fishing village, it gained something of a reputation in the 1970s, when professors from University Babeș-Bolyai in Cluj-Napoca would congregate there during the summer months.

Vama Veche became a haven for bohemians, hippies, intellectuals, punks, rockers, and anyone else belonging to a more alternative crowd. People rented rooms from fishermen or camped on the beach. It was the land of freedom of thought and artistic creativity, anti-consumerism, free spirits. 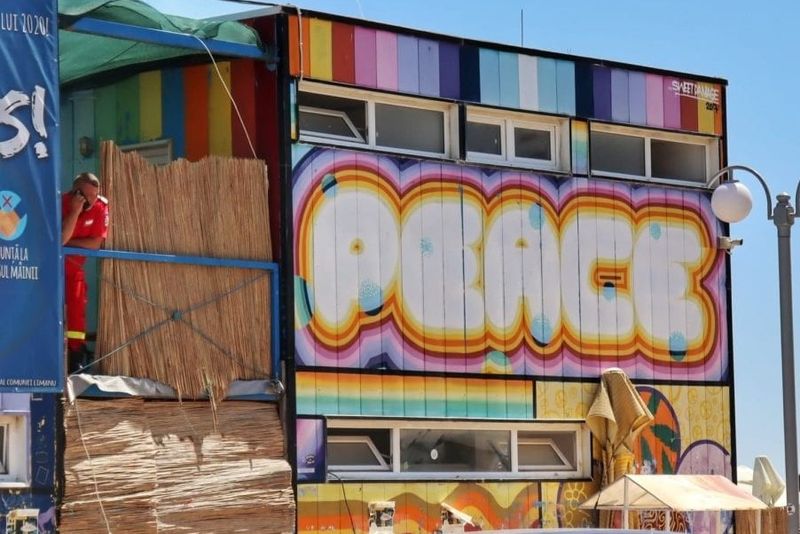 During the Communist Era, particularly in the 1980’s when extreme rationing and censorship were at their peak, Vama Veche remained a ‘safe space’ for free thought and a non-mainstream hangout. Its reputation as a reprieve from state-sponsored repression attracted more and more people.

However, in 1988, while en route to Bulgaria, Elena Ceaușescu, wife of notorious dictator Nicolae Ceaușescu, passed through the village. She decided it was not aesthetically pleasing and should be demolished. Some buildings were destroyed, including houses, a school, and a church. Thankfully, the Revolution of 1989 followed shortly afterwards, and the rest of Vama Veche was spared. 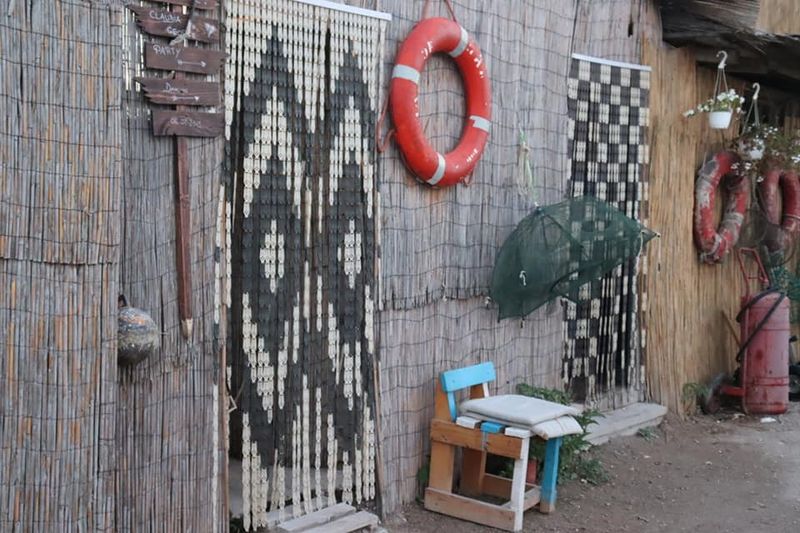 During the shift from planned economy to capitalism, Vama Veche remained mostly unharmed from the major developments that were occurring in other seaside resort towns along the coast.

Eventually, word travelled about the ‘untouched’ nature of Vama Veche, and soon there was a boom of touristic development. More and more restaurants and terraces were established and soon, Vama was the place to go if you wanted to party – especially for Southerners and city-dwellers looking to escape Bucharest for a weekend. 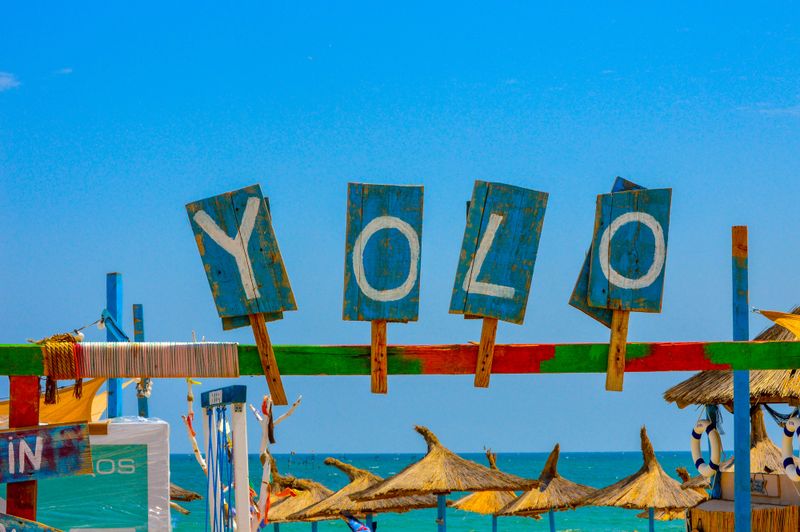 Today, 31 years after the fall of communism in Romania, Vama Veche has become increasingly more commercial and more developed. Gentrification is an issue (just check out the number of Airbnb’s located in Vama, many owned and run by non-Romanians). Hostels line the main streets, vendors are set up selling one thing or another on every corner. Cheap gift shops abound. The spirit of anti-consumerism is all but nonexistent.

Stufstock's ‘Save Vama Veche’ established in 2003 as an appeal against mass-tourism, gentrification, and mainstream concepts and morals. Ironically, it attracted more and more people each year and the Stufstock Rock Festival usually closes out the season sometime in August or September. 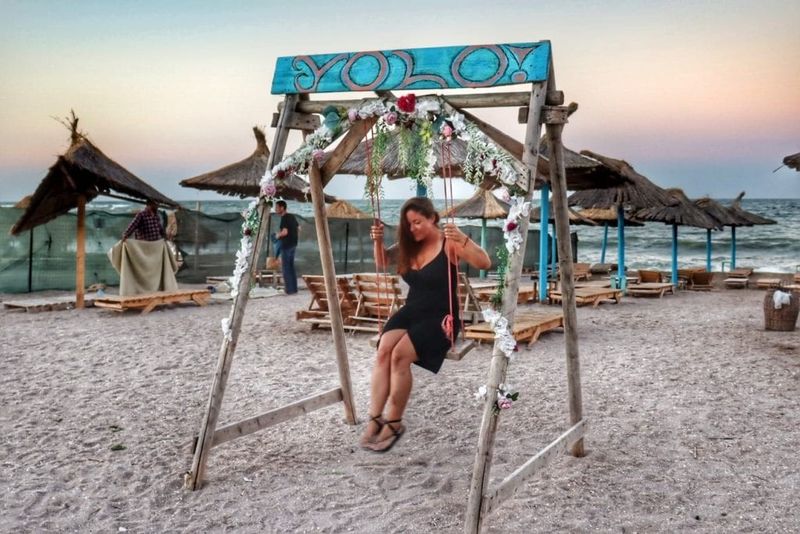 So, is Vama Veche worth visiting?

As this was my first time visiting Vama Veche, I have nothing to compare it to but the stories of others. Many Romanians say that Vama Veche has completely lost its authenticity and charm and that the prices are exorbitant in comparison to the rest of the country. This I can attest to! A beer in the supermarket in Vama costs the same as a beer in a restaurant in Cluj – with tip!

So, what was my final opinion of Vama Veche? Bohemian hangout or inundated tourist trap? To be honest, I thought it was a little bit of both. Never having been there before, I had no memories that were lost and no nostalgia to preserve. Despite the crowds, I definitely believe this is one of the most underrated beach destinations in Europe. Saying that, it is certainly not for everyone. 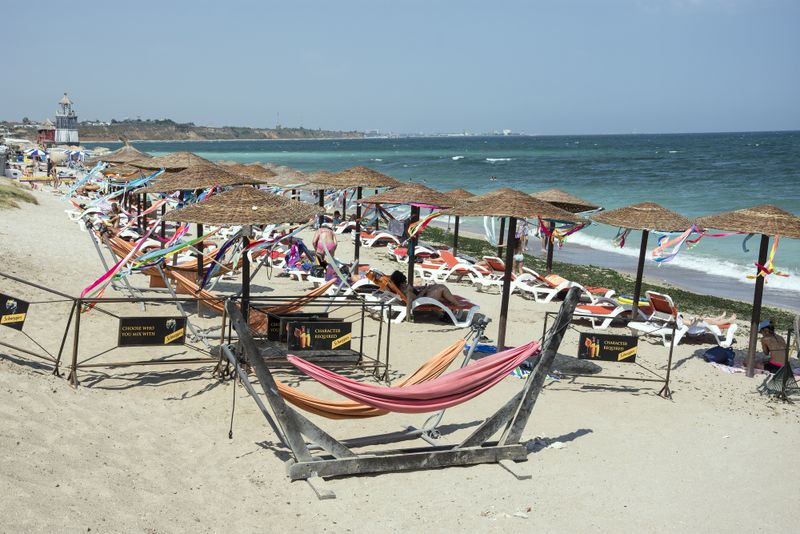 I spent a week there and saw it all. From the nudist beach (an integral part of Vama Veche culture), old dudes picking wedgies with their ass cracks hanging out, even some guy in an incoherent drugged-up state, who subsequently came to our table and ate a breakfast sausage off my plate (he tried to pet my – very friendly – dog immediately after, who promptly bit him). There was a lot of trash and a lot of masks thrown on the ground carelessly.

But the spirit of community, freedom, and carefree living are still very much alive. Though, maybe in different ways than some Vama Veche veterans remember.

There is actually a word in Romanian that proves just how special Vama Veche is to so many. Vamaioți – a term to describe people who are so in love with Vama Veche, that they will always come back. 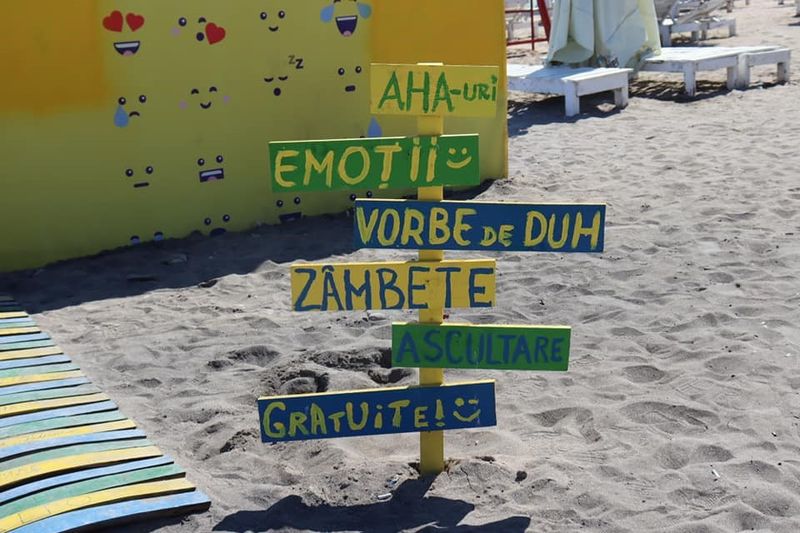 How to get to Vama Veche

Besides driving, which is the most convenient, there are other ways to reach Vama. Fly to Henry Coanda International Airport (OTP) in Bucharest or to Kogalniceanu Airport (CND) near Constanta, and take a train or bus to Mangalia, and then take a Minibus (“MaxiTaxi”) south to Vama.

Where to stay in Vama Veche

If your budget isn’t very tight, Vama Veche has a number of upscale accommodations. Some of the highest rated include Casa in Culori Vama Veche, Vila Sophia, and Ema.

If you’re visiting on a budget, there is no shortage of hostels to choose from. The most popular hostels in the area are Elga’s Punk Rock Hostel, Bazart Hostel, and Hostel Sea Star.

We stayed at Pensiunea Hesta, which is also dog friendly. For one week in August, the total cost was 1550 lei (about $375 USD). It was convenient to the beachfront, but the biggest issue here was all of the people playing Manele at full blast until 7am every day. This may or may not be an issue depending on who else is staying at the property. 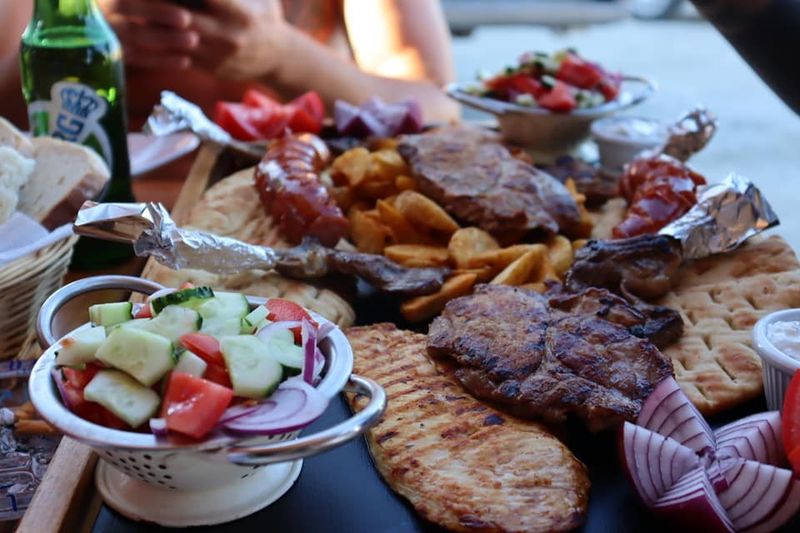 Where to eat in Vama Veche

The seafront is lined with restaurants as far as the eye can see. During my stay there, we tended to rotate going to only a couple of different restaurants.

Cherhana is without-a-doubt the gold standard of seafood in Vama Veche. La Canapele was good for a solid breakfast selection. Bibi Bistro has delicious ciolan and yummy mojitos!

Where to drink in Vama Veche

Some of my personal favorites and other popular places to go include: Stuf, Yuva Beach Bar, Acolo, Arca, Molotov, Expirat, and countless others. 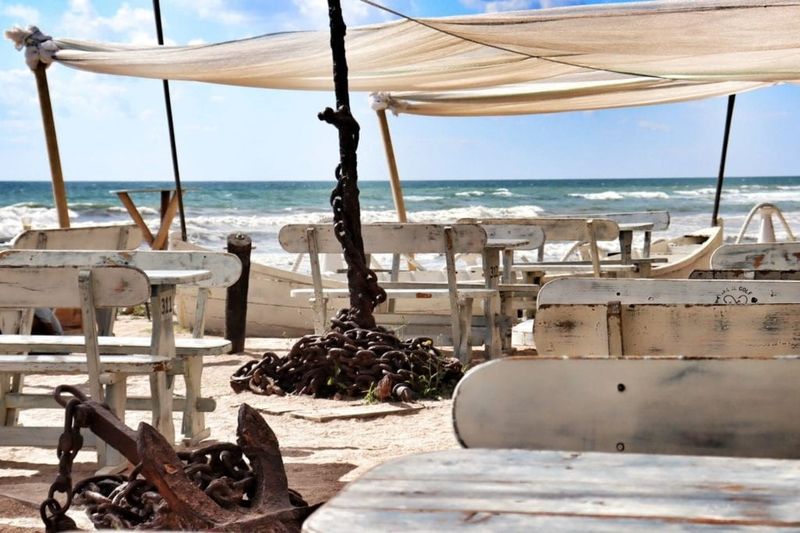 What to do in Vama Veche

Believe it or not, there are other things to do in Vama besides party.

Take a taxi over to 2 Mai, Vama’s neighbor, just 5km north. This village is a little more family friendly, so it may be a better option if traveling with children.

Walk to Bulgaria! The border is less than 1km away from Vama. Border control is present, so have your passport if you plan on crossing.

Explore an underwater shipwreck. Can you dive? Head to Marine Explorers Dive Center and see about exploring the shipwreck just 150m offshore.

If you have a few days to spare, drive a few hours north to the Ukraine border and check out the Danube Delta, one of the most wild and remote areas in all of Europe!

Or, if you've already travelled through Romania, continue your travels over the border into Bulgaria.

Things to do in Sighișoara

Things to do in Cluj-Napoca

Jade Laurenza is a US expat currently living in Romania. She enjoys slow travel and is never without her yoga mat 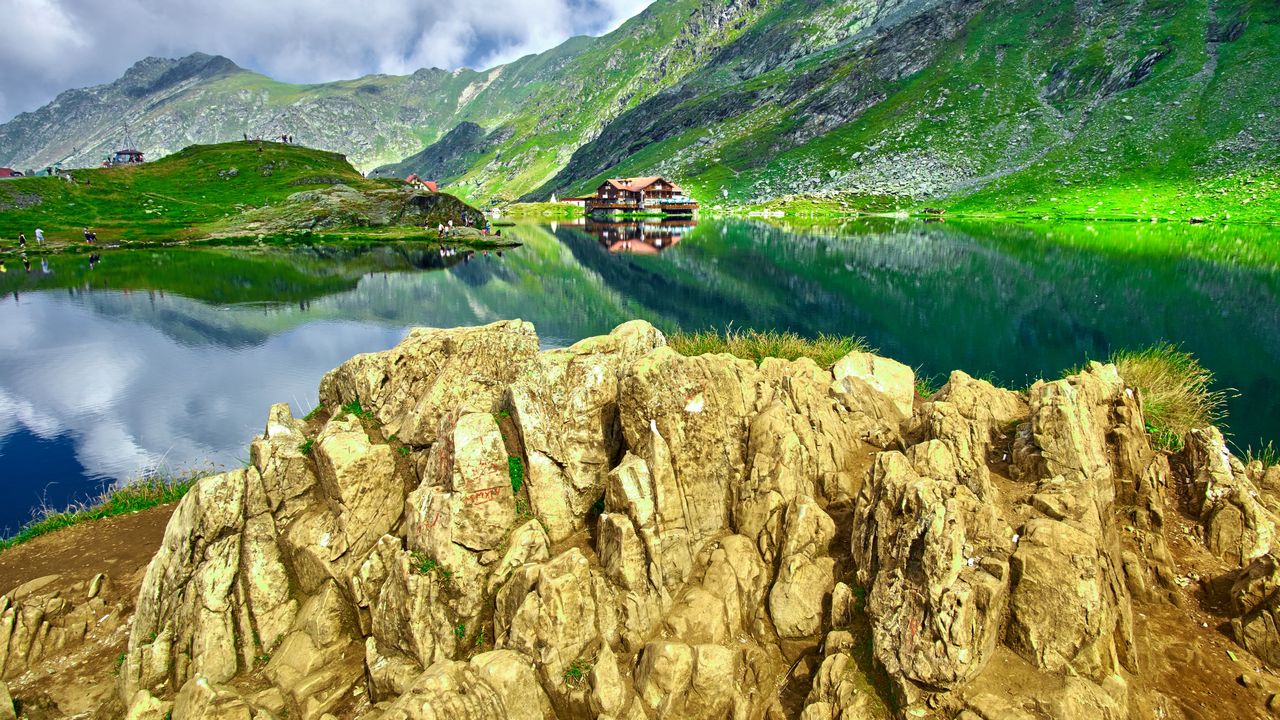