Bandung may not be as popular as other cities in Indonesia for most international tourists, with visitors often mistaken it for Badung, a regency in Bali. This is a sad oversight as the capital city of West Java has so much to offer travellers. Here’s just a few reasons why you should consider visiting Bandung when you're in Indonesia! Bandung is an excellent destination for nature lovers

Despite being landlocked and it may take around six hours to get to the nearest sea from the city, there are so many things to do for nature lovers in Bandung.

Dubbed as kota kembang, or the city of flowers in Indonesian, Bandung’s nickname originated during the Dutch colonial era. At the time, the city's natural landscape was favoured by the Dutch as their holiday getaway to help them relax. If archaeology is something you're interested in, don't forget to stop by Stone Garden Geopark. This site was once the ancient seamount where geologists discovered fossils of ancient corals aged over 27 million years.

It’s easy to get to Bandung from Jakarta

If you're traveling from Jakarta, there are a few options for transportation that can get you to Bandung. You can spend around a 2-hour drive from the capital city. Or else, you can also opt to travel by train, which will take around 4 hours to get to the city. Bandung has many architectural gems

Start with Gedung Sate, the symbol of the city and West Java province, then head to Villa Isola to experience its signature art deco style for yourself. Jalan Braga in the central of Bandung is not only known as a promenade street with lots of chic cafes and bars, it's also where some colonial buildings are located. Some favourites include the famous Gedung Merdeka as the Asian-African Conference venue, and a colonial house situated between bars and cafes on the famous street. Bandung has a fascinating history

Bandung was the host of the Asian-African Conference in 1955 and Gedung Merdeka, the site of the conference, is one of the major attractions in Bandung. The Bandung Principles came out as the result of the conference, and they later become the foundation of the Non-Aligned Movement during the Cold War.

Indonesia's founding father, Soekarno, spent his 20s in Bandung as he went to Technische Hoogeschool te Bandoeng (currently known as Bandung Institute of Technology). He was imprisoned around Banceuy after getting arrested by the Dutch colonial authorities in Yogyakarta.

You can now visit both the jail and Landraad courthouse, currently known as Gedung Indonesia Menggugat (Indonesia Accuses Building), where the trial was taken in 1930. 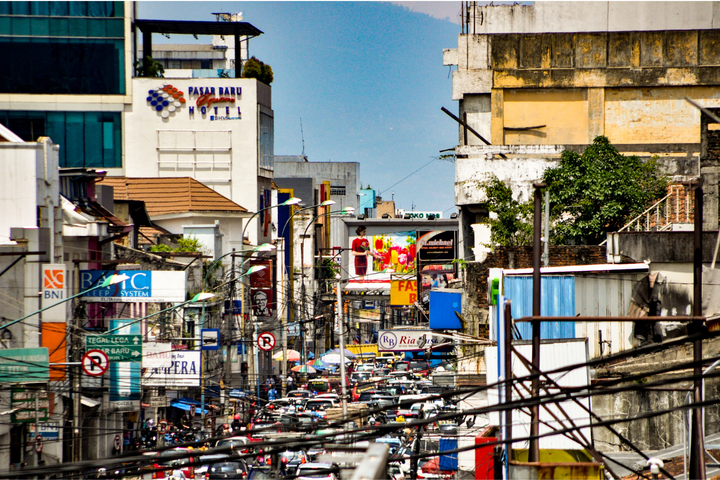 Prior to the pandemic, there were regular flights to Bandung from other major cities in Indonesia and direct international flights from Kuala Lumpur and Singapore. As a result, Bandung often became their choice for a weekend shopping getaway for visitors from the neighbouring countries!

Where to stay in Bali

Marya is the woman behind The Beau Traveler. She loves traveling as much as she enjoys staying in. When she’s not traveling, you can find her chilling at home or working on a project, remotely. The country with the fourth largest population in the world, Indonesia is an archipelago of islands in South East Asia. While there are over 17,000 islands in Indonesia, Bali is definitely the firm favourite with travellers
More from Indonesia
About Us Privacy Policy Archive Contact
© 2023 Faraway Worlds.