Legends of lakes, caves and dragons in Slovenia

Slovenia is a land imbued in magic and legend. The landscape is scattered with fairytale castles, mirrorlike lakes and caverns which extend deep underground, each with its own story to tell. Slovenia's tales have their roots in antiquity, from the founding of Ljubljana by Jason of the Argonauts, with more added through the ages.

There are many stories about Slovenia's wonders, however three of the most famous centre around Slovenia's most popular destinations: the dragon of Ljubljana, the sunken bell of Lake Bled, and the human fish of Postojna Cave. 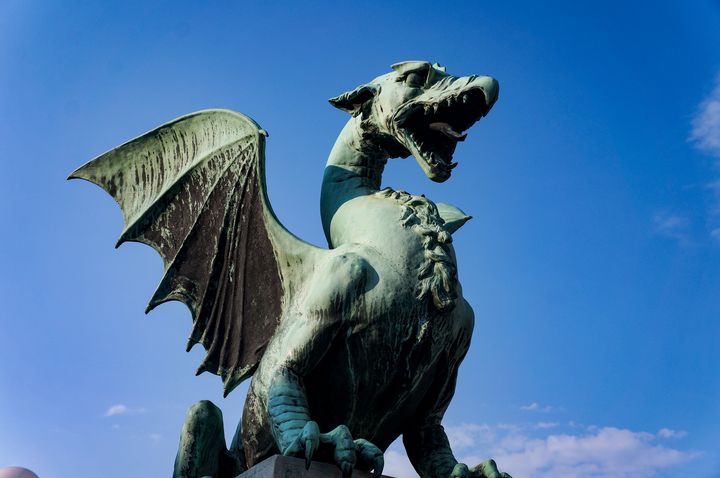 The Dragon of Ljubljana

If you’ve ever travelled to Slovenia's lovely capital, Ljubljana, you may have noticed a number of dragons in the city. From the statues by Dragon Bridge to the dragon on the city’s coat of arms, Ljubljana takes pride in being the city of dragons. The story of Ljubljana and its dragons begins thousands of years ago, when the Greek heroes still walked the earth.

According to the legend, Jason and the Argonauts (from Greek mythology) were sailing across Europe after stealing the Golden Fleece, accompanied by Medea, the daughter of King Aetees who was pursuing them. The Argonauts sailed across the Black Sea and up the Danube and Sava until they reached the Ljubljanica. There, they realised the river was too shallow for their boat and they would have to deconstruct the Argo and carry it to the Adriatic Sea. Winter was near, so they stopped to rest in the marshes near a large lake near the source of the Ljubljanica, with some of the men building houses on stilts in the area.

Soon enough, it became apparent that they had disturbed a beast who lived in the area. The dragon emerged from the water, burning down the camp and killing many of their men. Jason and Medea (who had already killed a similar serpent to claim the golden fleece) followed the trail of destruction, intent on killing the dragon. They passed through the forest until they reached a clearing. Medea went first, using her skills in witchcraft to cast a spell, putting the dragon to sleep. She gave Jason a chain, which he used to tie the dragon's mouth closed, and they stuffed the dragon's nostrils with rocks.

The dragon woke in a panic, realising he couldn't breathe. The fire he couldn't release built up until the creature exploded in a ball of gas and flames, parts of his burning body flung high into the sky. The dragon was destroyed and the Argonauts spent the winter in the marshes, founding the city of Ljubljana. Come Spring, most of the Argonauts left with their boat, continuing to the Adriatic Sea, but some stayed, living in the fledgling city and sharing the story with those who came later. Dragons have been associated with Ljubljana ever since. 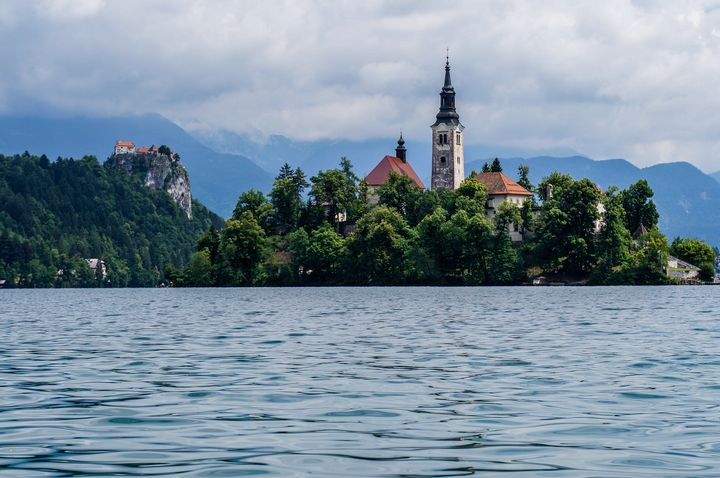 With its blue waters, tiny islet and surrounding mountain, Lake Bled looks like a setting from a fairytale. Perhaps fittingly, legend has it that the lake was created by fairies.. Originally, there was a fertile valley loved by both shepherds and the fairies who danced on the valley's lush grass at night. Concerned that the sheep would eat all the grass, the fairies requested that the shepherds build a fence around their dance floor.

The shepherds ignored their request, and soon the sheep had eaten all the grass, leaving behind nothing but dry, barren earth. Angry at what had happened, the fairies called upon the surrounding springs and brooks to flood the valley and fill it with water, creating Lake Bled. Only an island in the middle of the lake remained, where the fairies could continue to dance under the stars.

Originally, the temple on the island was consecrated to Živa, an Old Slavic goddess of fertility. Later, her temple was replaced by by a church. The current building on Bled Island, the 17th century Church of the Assumption, has its own legend. The story tells of a window who recast her jewellery into a special bell when her husband died, intending to install it in the chapel in his honour. While transporting hte bell, it was lost at the bottom of the sea. It is said that on a clear night, you can still hear the original bell chiming from the bottom of the lake.

The Pope heard the story and decided that a new bell would be put in the church instead - the wishing bell that is in the belfry today. The bell is said to grant a wish to whoever manages to ring the bell three times with just one pull of the rope - if they truly believe in God. Weddings at the church are also blessed - the groom simply has to carry his new bride up all 99 stone steps of the chapel's staircase to ensure a long and happy life. The caverns of Postojna Cave stretch far and deep. It's easy to imagine that dragons lived in the depths of Postojna Cave in ancient times. The dragons terrorised the people who lived nearby for hundreds of years until the Pivka River swelled and washed all the dragons away.

Only one survived, a small dragon called Jami who was small and friendly. He wanted to play with the children, but they were all scared of him, so he was left alone, sad and lonely. Eventually he made friends with a drobnovratnik beetle (cave beetle) who told him there were other animals in the cave and introduced him to spiders, beetles and water snails who soon became his friends. One day, his new friends asked him for a favour - they were guarding cave pearls and a greedy goblin was trying to steal them, and they needed his help. Jami promised to guard the pearls, but soon fell asleep, snoring loudly.

The goblin heard the snores and saw him asleep, so tried to steal some pearls. Jami woke up and caught the goblin, who begged him to let him go, promising to grant him a wish. Jami still wanted to play with the human children and asked the goblin to turn him into a human being.

The goblin agreed, even though he didn't know how to make a dragon human. He repeated some magic words and the dragon was transformed. The drobnovratnik beetle who had first made friends with Jami came running and saw his friend fall into a small pool. He peered over the edge and saw a tiny dragon with human skin swimming in the water. Jami stayed in the water, playing with the other cave creatures and helping to guard the cave pearls, and the Postojna Caves are still home to human fish (also known as baby dragons) today. Known for its lakes, caves and castles, Slovenia is a small, beautiful country on the northern edge of the Balkan peninsula.
More from Slovenia
About Us Privacy Policy Archive Contact
© 2023 Faraway Worlds.