Animals and peace in the South African bush

“Honey, look! Warthogs!” My husband hurried outside, excited at catching his first glimpse of animals in the wild. I followed him, smiling at the baby warthog’s efforts to dig up roots from the ground. Hearing something behind me, I turned and found a family of zebras standing by the deck, one rubbing an ear against a tree. That was our introduction to Marloth Park, a tourist village near the Kruger National Park’s Crocodile Gate. For the next three days, we had frequent visitors to our game lodge; bushbabies in the evenings and kudus during dinner, their majestic horns disappearing into the night. The zebra returned often, a pregnant mother leading a young one, her belly swaying.

When I sat under a marula tree, reading, birds and lizards ran close, stopping just before they reached my shadow. The peace was immense, tiny sounds soothing me and the idea of imminent bugs not a worry for once. A female kudu stood nearby, her round ears twitching as we stared at each other. We stayed like that for ages, until a noise from behind me made me turn and suddenly she was gone. 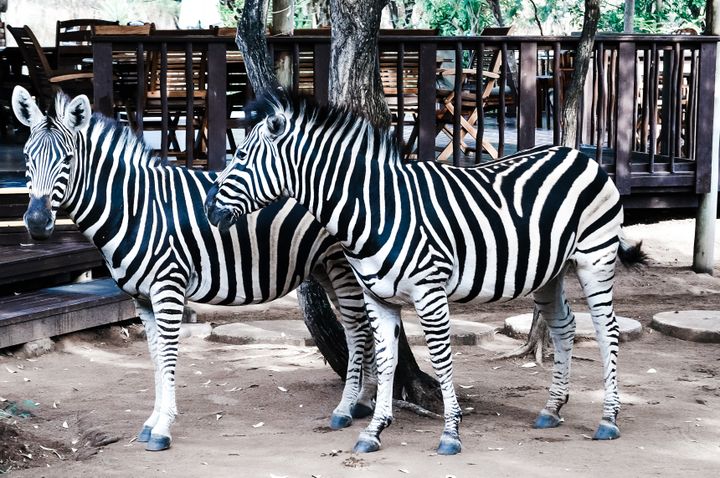 The dreamy stillness continued during our night safari in the Kruger National Park. We settled into a rhythm with the truck, watching the bush slowly turn purple as the sun set. When an animal appeared, we all sat up, tiny bursts of adrenaline puncturing the calm. We sat in the truck, taking photos of an elephant silhouetted against the setting sun, seeing the rhinos run in the distance and the giraffes eating leaves in the failing night. As it grew dark, we shone torches into the bush, catching the ears and tail of a bat-eared jackal and seeing the moon and stars rise, bright and huge. 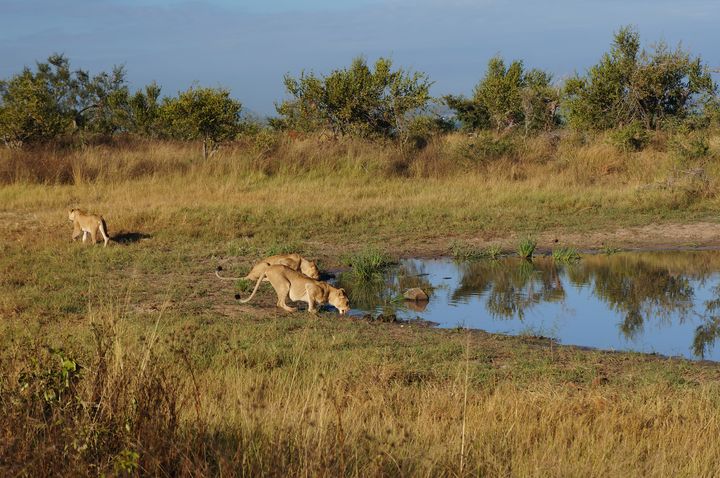 In the morning, we woke up early and headed back to Kruger for our full day safari, and found the wildebeest and impala already awake. A lioness chewed on a hoof left over from last night’s dinner. A little further along, three more drank and played by a pool, their fur glowing golden in the early sun. A tortoise stopped by our jeep and Cape buffalo rolled in the mud.

By a waterhole, we watched the zebras and impala drink, a hippo submerged against the growing heat, the rhinos napping under a nearby tree. The animals scattered and the hippo sank, and then the elephants came. Huge and disregarding the others, they drank and sprayed water, soaking their skin before leaving. Later in the day, two giraffes skipped across the river, wary of the crocodiles lurking below the surface. In the afternoon, the crocodiles finally made a kill, an impala hoof disappearing into an open jaw as we arrived. Baboons watched from a nearby tree and a family of hippos slept in the centre of the pool, seemingly oblivious to the drama behind them. Driving back to the entrance gate, elephants walked around us, their nearness breaking us out of our afternoon doziness. One came close, his trunk swinging, his size intimidating this near. They crossed the road in front of us, one holding the remains of an uprooted tree in his trunk, the babies nestled between the adults. Then, close to camp, we saw her walking across the road, giant paws padding. We drove alongside her and she stopped, looking at us, showing the slightest glimpse of her teeth. Seeing her so close was sobering, the muscles in her shoulders and neck rippling as she veered into the bush. She was the sixth lioness we saw that day, and beautiful in the afternoon light.

Planning a trip to the Kruger National Park? We stayed at Needles Lodge in Marloth Park which included breakfast, dinner and gorgeous animal visitors.

You may also be interested in reading our guide on safaris in South Africa. 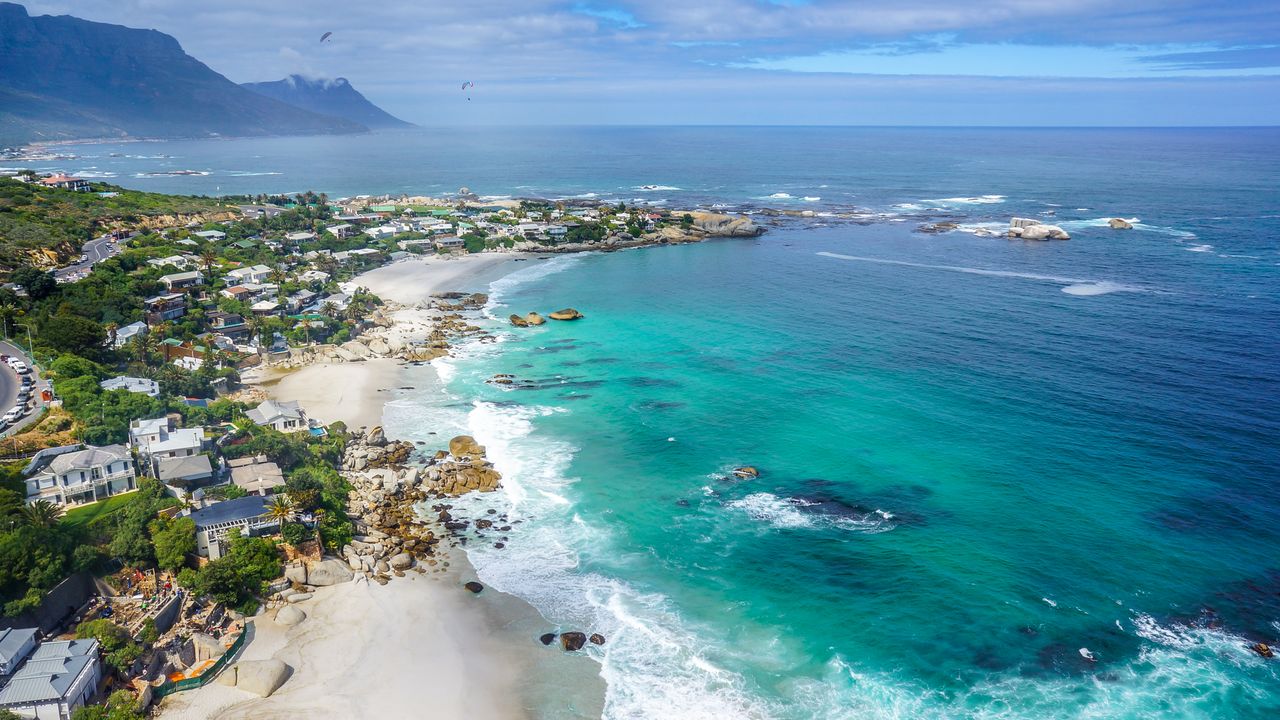