Faraway Worlds is reader-supported. If you buy something through a link on this page, we may earn a small commission.

Northern Spain is a peaceful part of the country which isn't nearly as popular with tourists as the southern regions. Many visitors are here to walk the camino - a remarkable experience in itself - and the towns outside of the camino trail see relatively few foreign travellers.

This is one of my favourite places in Spain to explore by car. With sweeping mountains, medieval villages and turquoise bays, there are many places to visit in Northern Spain which complement long driving days. You have a selection of towns to base yourself in each region, and many interesting day trips to choose from. Some of Spain's most delicious foods also originate in the northern parts of the country.

This Northern Spain road trip starts and finishes in Barcelona, initially following the coastline towards Santiago de Compostela. The route takes you through the quiet regions of Aragon, Asturias, Galicia and Basque Country, giving you a very different view of the country to big cities and coastal resorts. From the northwestern Spanish coast, we then head back to Barcelona via Burgos and Lleida. We hired a car in Barcelona and spent a few days in the city after we returned it.

As I tend to favour slow travel, I haven't prescribed the number of days you should stay in each place. These cities and regions are fascinating enough to keep you occupied for as long as you choose. I will say that you probably want a minimum of two weeks to do this trip, which will give you a few days in each place. 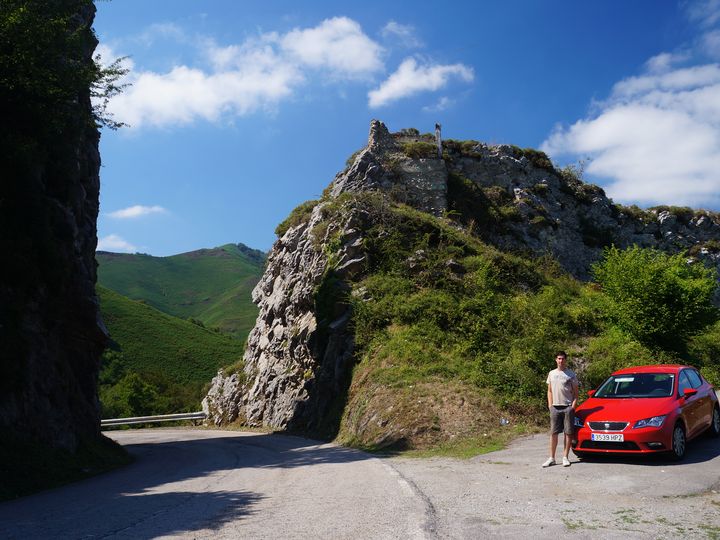 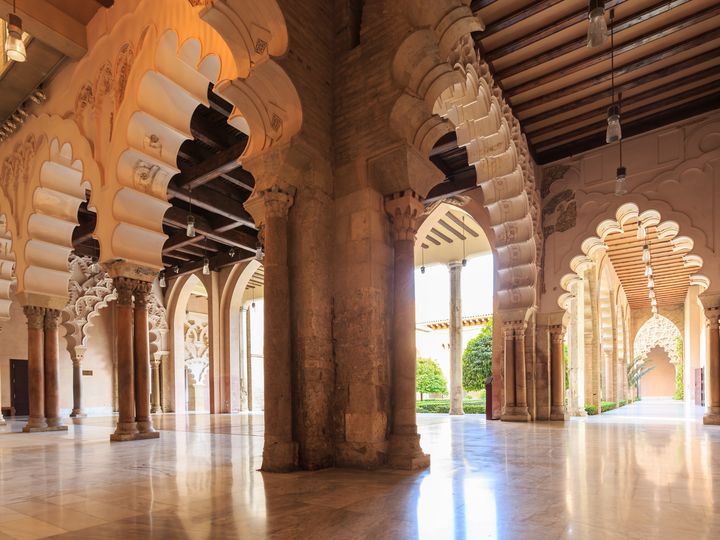 Leaving Barcelona, it's a pleasant, meandering drive towards Aragon, once one of the most powerful kingdoms of the Iberian peninsula. Now, the region is strewn with sunflowers in summer and dotted with pretty, medieval villages and towns, complete with walls and church towers.

Stop for photos or to explore some of the villages, then find a spot in or near Zaragoza (Saragossa) to base yourself for the next few days. We stayed in a farmhouse at the edge of the tiny village of Cartuja Baya, which was almost deserted in August and boasts pretty church and quick commute to Zaragoza, but not much else. Other (probably better) places to base yourself in Aragon include Fuendetodos, a medieval town near the city; Alquézar, a lovely hill town at the base of the Pyrenees; and, of course, Zaragoza itself. 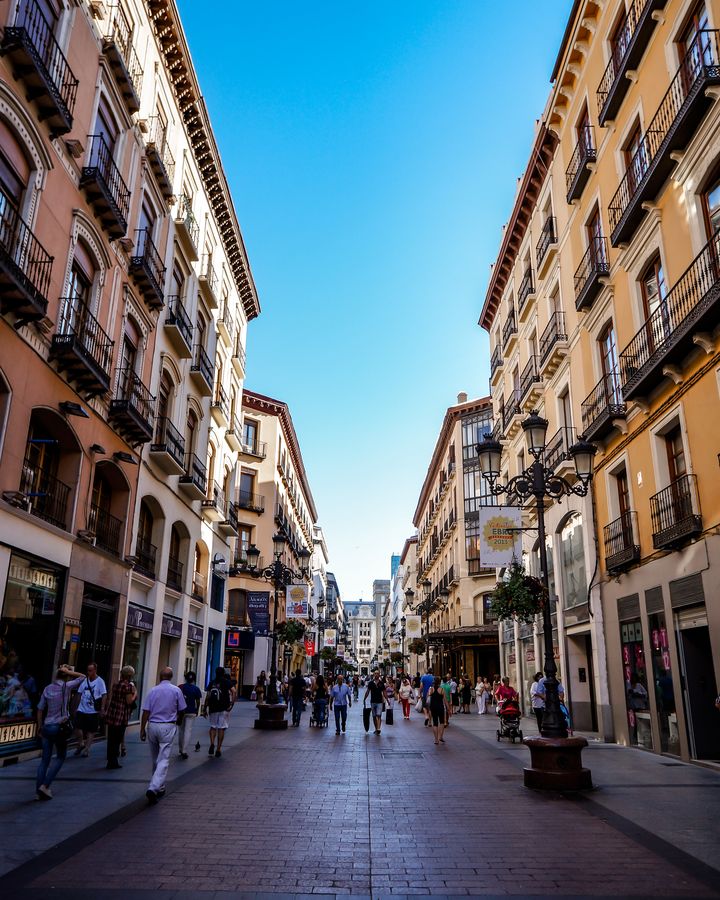 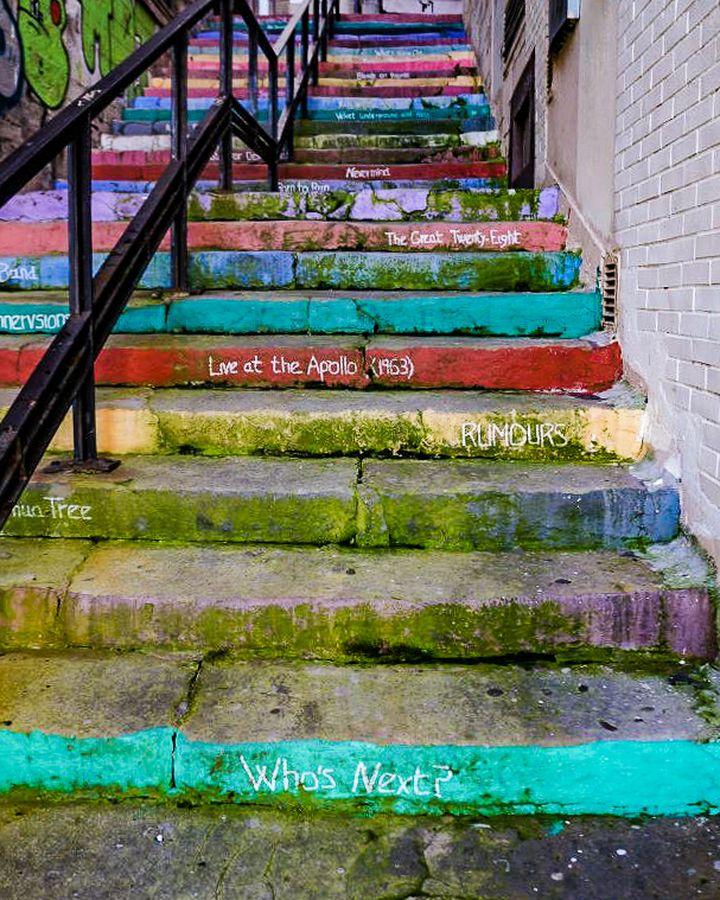 Zaragoza is the fifth largest city in Spain and is well worth visiting while you're in the region. The Basilica of Our Lady of the Pillar is a huge (and beautiful) cathedral complex which seldom makes the itinerary of travellers to Spain.

The cathedral marks the spot where Mary appeared to St James, and told him to build a chapel in her name. In turn, she agreed to help him with his mission to bring Christianity to Spain. It's a beautiful church and was reportedly the site of more than a few miracles, including being hit by three unexploded bombs during the Spanish Civil War.

There are also other attractions in Zaragoza, including an ancient Roman forum, a palace and an interesting museum. If you're interested in history, it's worth heading out with a local guide to learn more about this fascinating city. Wandering through the cobblestoned streets is an experience in itself and there's plenty of excellent food in the city. Just be aware that English isn't widely spoken, so be prepared to practice your Spanish.

It's a lovely drive from Aragon to Basque Country. As you leave Zaragoza, you'll pass more golden fields and pretty hill towns. Then, the scenery changes as you head towards the mountains. The path through the Pyrenees is beautiful with green trees, twisting roads and dramatic views. There are some gorgeous beach towns in Basque Country, perfect for a summer trip to Spain. A highlight of the coast is San Sebastian, a popular destination for visitors and home to some of the best foods in Northern Spain

Or, for a different view of the region, base yourself in one of the mountain towns for a few days. Our pick is Balmaseda, a beautiful town with a stunning cathedral framed by the nearby mountains. The beautiful town of Balmaseda

Our experience in Balmaseda was delightful. We stayed in a small bed-and-breakfast near the cathedral and soon discovered our hosts couldn't speak English (and we couldn't speak Spanish). Our time there included finding the only locals who spoke English to help translate, visiting our hosts' cousin's farm, and long, late dinners with them and their friends. Not only did we gain more insight into Basque Country, but we also learnt some basic Spanish along the way.

Balmaseda is tucked into the mountains, but is only a short drive from Bilbao, the de facto capital of Basque Country and an interesting quirky city. Bilbao's old town is wonderful to explore by foot. Visit a few of the great pintxos (bread-based tapas) bars in the city, and explore the Central Market, which has some delicious delicacies on offer.

The distinctive Guggenheim Museum is also worth a visit with enough to see to keep most visitors occupied for a few hours - you can book a guided tour or, if you choose to visit independently, be sure to take advantage of the audio guide included in the admission fee. Details of the bridge in Bilbao A street in Bilbao's old town

From Balmaseda, it's also a scenic drive to the coast, with green mountain roads and lush scenery. The coastal towns are lovely with sweeping ocean views with delicious food. Be sure to try a Basque-style tortilla while you're here– an omelette on a large piece of baguette. During summer, spend a few days (or a week, or more) in one of these seaside villages, enjoying the good food and long days in the sun. Our pick is Getaria, a lovely, old Roman town with long, white beaches and a fascinating history. It's also a great starting point for day trips along the coast and is only half an hour away from the famous San Sebastian.

Leaving Basque Country, the pretty mountain backdrop and green hills continue into Asturias. Probably the least-visited region in Spain, Asturias is quiet and surprisingly beautiful. Gijon and Oviedo are the obvious places to stay, however, there's something wonderfully romantic about basing yourself in the countryside instead.

When we first arrived at our AirBnB in Asturias, I was shocked by how remote it is. We stayed in the hamlet of Positana, nestled high into the mountains with amazing views of sweeping valleys and distant mountains. There were only about six houses up there and I was initially horrified that there wasn't even a church in the settlement. Once we settled in, we loved the peaceful setting, and we found it a very convenient base for exploring the region. A church in Gijon 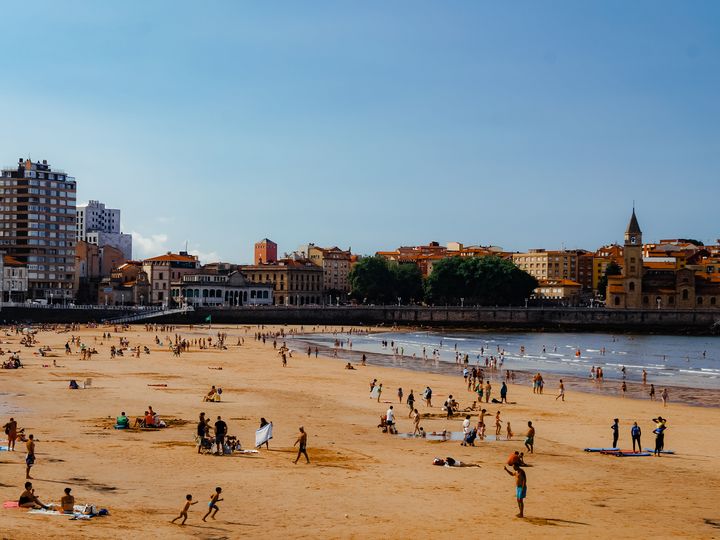 The golden beach in Gijon

We stayed in a charming cottage with our host, Rachel, who was English and had been living in Spain for many years. At night we cooked, and had long chats over dinner and local wine. I was enchanted by our tiny enclave high in the hills and marvelled at how bright the stars are at night. During the day we took long drives through the countryside, visiting some gorgeous beaches, and the cities of Oviedo and Gijon.

When you visit Gijon's old town, perched on a clifftop above the ocean, be sure to try the local cider. Asturian apple cider deserves a little aside – made from local apples, it’s a cloudy, slightly sour drink with a very distinctive smell. It comes in dark bottles and is poured from a height, the waiter standing with the bottle over his head, into your glass in a steady stream. The last inch or so of cider is always left behind, due to the sediment, and is then tossed to the side. In the evenings, Gijon’s gutters, like those of many towns in the region, run with cider.

Asturias is also a great destination if you enjoy the outdoors. With three national parks, there are many opportunities for hiking, kayaking, caving and cycling - and many great views. There are also a number of beautiful beaches along the coast. 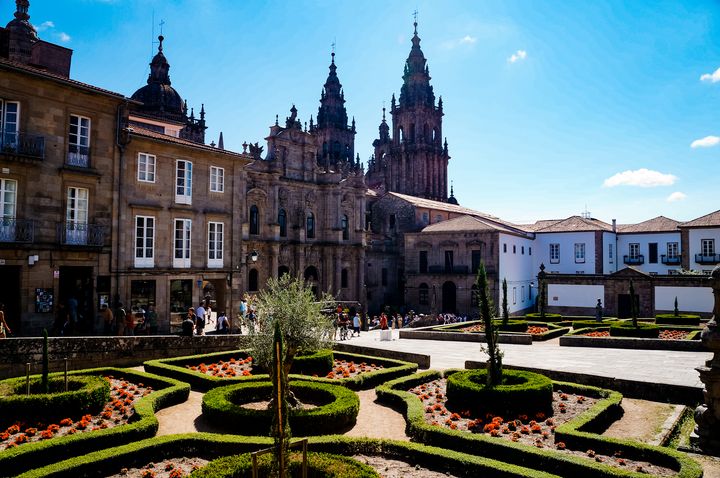 From Asturias, continue west until you reach Santiago de Compostela, where the pilgrims finally end their walk at the cathedral. There are many lovely places to stay in Galicia, especially the beach towns of Combarro and A Guarda. However, there's something magical about staying in Santiago de Compostela - the elation of the pilgrims seems to be catching and we spend our time there wandering through the old town, finding tapas and local wine.

From there, drive along the coast to the Rías Baixas, perfect for a summer trip to Spain. Take your time exploring the coastal towns, going on day trips and stopping for lunch by the sparkling bays. During your stay, try Galician-style pulpo, the locally-caught octopus cooked in olive oil and paprika, and sample Pimientos de Padró, baby green peppers fried in olive oil and dusted with sea salt. The nights in this part of Spain are warm and the days sunny and long. Summer in Galicia is idyllic.

On the way back to Barcelona, stop in the lovely region of Castile-León for a night or two. It's capital, Burgos, is famous for its silver cathedral, tree-lined avenues and, of course, excellent food. We stayed in in a little village just outside of Burgos called Vivar del Cid. the birthplace of the legendary El Cid, a medieval Castilian knight who briefly reclaimed Valencia from the Moors during the Reconquista. 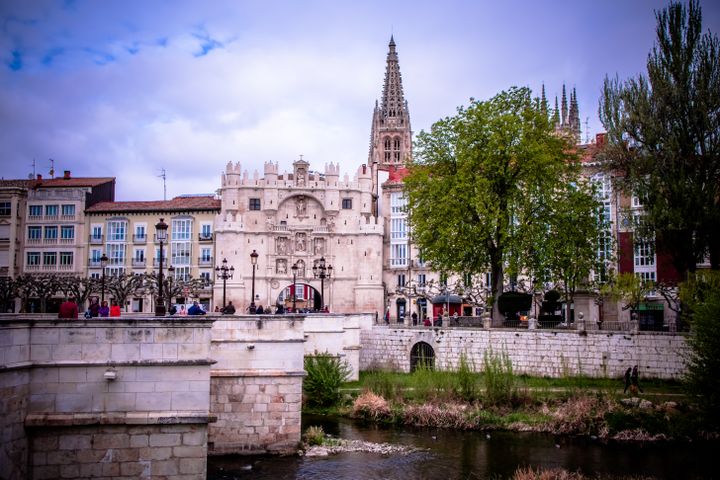 While you're in Burgos, take the opportunity to sample the delicacies of the Castile-León region. Try the lechazo (milk-fed lamb slow-roasted in a wood-burning oven) and the local morcilla (black pudding sausage), easily available at local restaurants. Then spend a day exploring the Ribera del Duero wine region, about an hour's drive from the city.

You can take as little as a week to do this road trip or much longer than you prefer. We recommend at least two weeks, which will give you a beautiful introduction to Northern Spain and its diverse, yet distinctive regions. Taking it slower will give you more time to immerse yourself in the different regions and learn more about their individual history and culture - and food, of course. It's a quieter, very different pace to busy Barcelona and the perfect contrast to Spain's major tourist destinations. On the southern tip of Europe, Spain is renowned for its beautiful beaches, vibrant cities and fascinating history.
More from Spain
About Us Privacy Policy Archive Contact
© 2022 Faraway Worlds.