3 days in Vienna: an itinerary for first-time visitors

Few cities are more captivating than Vienna; if you visit the city for the first time, it can feel overwhelming to decide what to do. Vienna is the world's capital of Classical music, and important composers like Mozart, Chopin, and Beethoven have lived in the city.

With opulent palaces, extravagant squares, and churches of a different world, there are so many amazing things to see in the city, so it is hard to wrap it into three days in Vienna.

That is what we are here to help you with, and by following this Vienna itinerary, you will explore the most important landmarks and parks, along with the most sweeping views of the Imperial City. 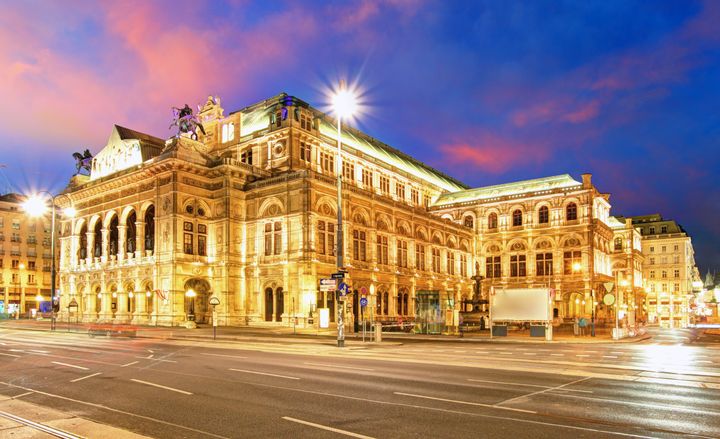 How long should I spend in Vienna?

A frequent question is how long you should spend in Vienna. With so much to see, you need at least three days to cover the most important tourist attractions like the Belvedere Palace, the Hofburg Imperial Palace, and the Schönbrunn Palace.

This will also give you time to try out different foods like Wiener Schnitzel and Apfelstrudel, as well as taste Almdudler, Austria's famous herbs soft drink, and Vienna's finest wines. Vienna is one of the few cities in the world with significant wine production, and spending a few days in the city will give you time to visit one of the vineyards.

Of course, you'll easily find enough to do to fill your time if you want to stay a bit longer, and there are a couple of great day trips to take from the city. If you are planning a visiting a few major attractions, you may want to consider buying the Vienna Pass which includes entry to over 60 sites. 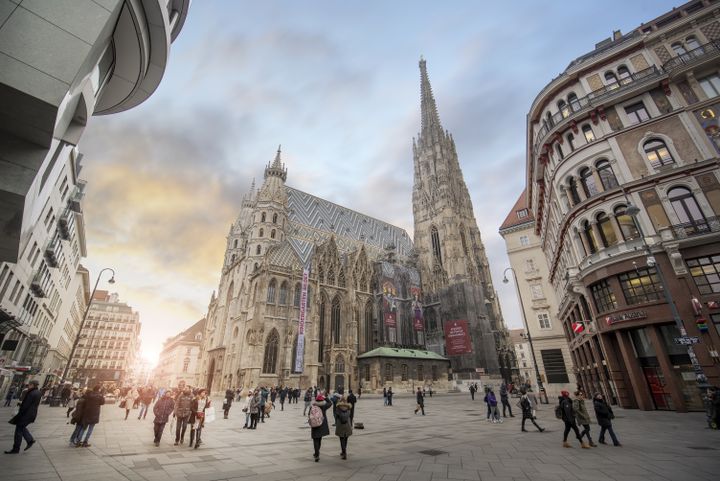 On the first day in Vienna, you will explore the area around the cathedral and experience Vienna's art and music scene and history.

Start with a stroll across Stephansplatz, one of Vienna's most prominent squares. There are several cafés and restaurants if you are looking for a place to have breakfast before starting your day exploring.

The most noteworthy attractions on the square are the Holy Trinity statue built in memory of the victims of the plague and the spectacular 18th-century Baroque-style St. Peter's Catholic Church. The chapel is said to have been built on the same site as the oldest Christian church in Vienna. The church's exterior is deceptively modest, but once you step inside, you will be surprised by its spectacular marble columns, beautiful details, and dazzling frescoes on the ceiling.

Close to Stephans Platz, you reach St. Stephen's Cathedral, one of Austria's most spectacular churches. You can enter the 16th-century basilica for free but might consider paying to enter the catacombs and climb the clock tower. If you love a good view, these are the best in Vienna and are well worth the price.

A short walk from the cathedral, you can take a stroll through Stadtpark, one of Vienna's dazzling green spaces and oldest public park. There are also a couple of restaurants in the park if you decide to have lunch there. The afternoon will go to explore Vienna's musical and art scene. Start with Musikverein, one of the world's leading classical music halls, which has been in use since 1870. You can do a guided tour of the venue or, even better, check out if any concerts are happening on your travel dates.

Next stop, take a guided tour of the Opera House to learn more about the history of one of the world's leading opera houses. You can also see if they have any performances for your travel dates, dress up, and possibly enjoy one of the best opera experiences you will ever have.

Finally, head to Kunsthistorisches Museum, the Art History Museum, which is yet another extravagant site in Vienna. The museum holds the world's most extensive collection of Bruegel's artwork and thousands of pieces of art. If you want to enjoy the Cupola Hall a little closer, order an Apfelstrudel and coffee in the café and take in the imposing details around you.

Spend the evening walking the streets taking in the constant grandeur around you while searching out a place for dinner. It is time to get all 'palaced out' on the second day in Vienna. You are about to enter a whole new world of affluence in two of Vienna's three main palaces.

Start with the striking early 18th-century Baroque Belvedere Palace. The complex has three parts, so allow at least three hours to see it all. The palace gardens are also spectacular to walk through.

The Lower Belvedere used to be Prince Eugene's residence but has been transformed into a museum, and the Upper Belvedere is home to contemporary exhibitions. Especially in high season, you should book tickets in advance to ensure a suitable time slot.

On the way to the Hofburg Palace, you can swing by the Karlskirche. The ominous 18th-century Baroque church is one of the most beautiful churches in the city with a magnificent coloured marble interior and is on the list of top things to see in Vienna.

Next, it is time to explore the second palace of the day. Head to Hofburg Palace, the former Imperial Palace. The 13th-century palace complex was originally a castle before the Imperial Habsburg empire used it as a residence for the Imperial family.

A visit to the palace gives you an insight into how they used to live as you walk through the sumptuous rooms, the museums, the chapel, and the extravagant gardens. Besides all this, the complex houses a Spanish riding school and the Austrian Library. You should allow yourself a minimum of three hours in the palace complex.

If you have the time and energy before rounding off the day with a nice dinner, consider walking to Rathaus City Hall. Situated in a late 1800s Neo-Gothic structure, it is truly striking. Start the morning of your final day with a filling breakfast before heading to the last palace of your three-day trip to Vienna. Schönbrunn Palace was originally a hunting lodge before it became an Imperial residence in the 18th century.

The UNESCO World Heritage Site boasts impressive rooms with walls and ceilings covered in dazzling frescoes and detailed decorations that will leave you mesmerized one after another. You should allow yourself 3-4 hours to take in all the glitz before going for lunch.

After lunch, it is time to relax the brain and eyes from all the glamour of the last couple of days and instead use your other senses: taste and scent. Embark on a tour to one of the vineyards outside the city and enjoy an afternoon surrounded by nature and exquisite wine tasting.

You can visit different vineyards like Winery Cobenzl, sitting on a hill overlooking the city. Take a guided tour to see how they produce the wines from the vineyards and press houses to cellars and learn more about their different wines. Round it off with tasting some of their excellent wines.

Use the rest of the evening to walk around the areas of Vienna that have caught your attention the most and search for a lovely restaurant for dinner on your last night in the city. If you have more time in Vienna

Vineyards and villages in the Wachau Valley

Linn is an avid traveler and freelance travel writer that has a passion for the outdoors, wildlife, and responsible travel. She is currently living the van life in southern Europe with her fiancé and their dog.

Having travelled in 50+ countries and lived in five countries, she has developed a fervour for helping people to travel more responsibly and leave a positive impact on their destinations through her blog, Brainy Backpackers. Situated in the heart of Europe, Austria has a rich history, long culture and truly spectacular scenery. From Vienna's Baroque architecture to rolling countryside and the majestic alps, there are many different sides of Austria to explore.
More from Austria
About Us Privacy Policy Archive Contact
© 2023 Faraway Worlds.