The Painkiller cocktail is a tasty rum concoction that’s both fruity and spiced. Sometimes likened to a Piña Colada, it’s a mix of dark rum, pineapple juice, orange juice, and cream of coconut. The spice comes from a sprinkling of nutmeg on top.

The history of the drink goes back to the 1970s in the British Virgin Islands. George and Marie Myrick opened the Soggy Dollar bar on a deserted stretch of beach on Jost Van Dyke. Why the Soggy Dollar? Well, it got its name because there’s no dock. So, if you want a beverage, you have to swim for it and pay with your water-logged dollars. 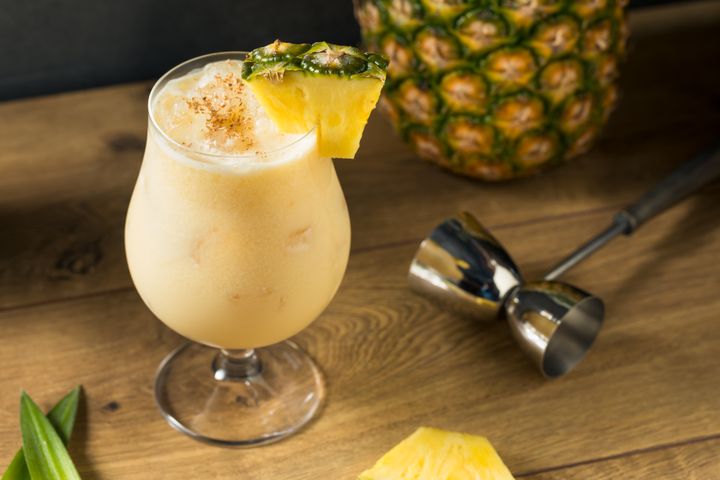 George and Marie wanted to create a house drink for the bar and started experimenting. They found just the right combination of rum, juice, and creamy coconut. You might think the name comes from its reputation as a hangover cure. But the Myrick’s named it after the Noni fruit plant, a local bush that was used as a Polynesian cure-all.

To make the tastiest version of this drink, use freshly squeezed pineapple and orange juice. And make sure you get cream of coconut, not coconut cream (they are not the same thing!).

Laura is the owner of Wine Travelista, a blog for wine lovers and foodies looking for new travel destinations and food and wine pairing ideas. Laura is based in Boston, Massachusetts in the United States. She is WSET Level 2 Certified in wine and has traveled to 30 countries and 24 US states.