Moroccan food is incredibly flavorful and this lamb tagine recipe is no exception. The combination of spices, fresh herbs, and succulent lamb makes for a dish that is truly memorable.

What sets this recipe apart is the slow cooking of the meat in a Tagine clay pot. This Moroccan method of cooking allows the flavors to really meld together and create a dish that is truly extraordinary.

If you have never cooked with a tagine before, don't worry. It's actually quite simple and the results are well worth the effort. 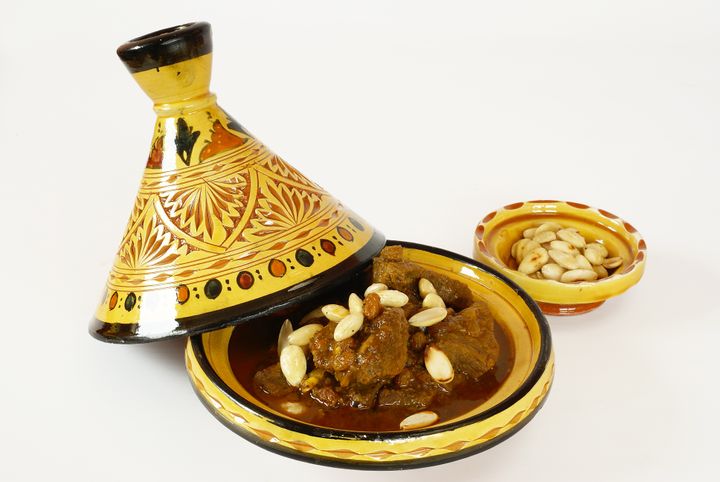 What is a Tagine?

A tagine is a type of popular Moroccan dish that is cooked in a special pot called a tagine as well. The tagine pot is made of two parts: a base which is usually shallow and round, and a conical lid that fits snugly on the base. The shape of the tagine promotes even cooking and allows steam to condense on the lid, which then drips back down into the food, keeping it moist.

The traditional Moroccan tagine pots are usually made of clay. They can, however, be made from other materials such as glazed ceramic, enameled cast iron, or heavy gauge steel. But if you want an authentic taste of our Moroccan lamb tagine recipe, go for a clay-made tagine.

Note: If you don't own a clay Tagine pot, you can also use a heavy-based saucepan with a lid. Just remember to keep an eye on the cooking time as it might be slightly shorter.

Fatima Zahra was born and raised along the foothills of the Atlas mountains in central Morocco, in the heartland of the indigenous Amazigh people. She’s an avid reader and Moroccan tea drinker, no surprise. She is an engineer by profession but nowadays spends most of her time traveling and writing about Morocco on her website Cape to Casa.