Lucha libre in Mexico City: a night of masks, music and wrestling

Lucha libre literally translates as "free fight", it’s one of the country's most popular sports as well as one of the best things to do in Mexico City.

If you’ve ever seen Jack Black strutting around in lycra in “Nacho Libre”, you’re probably already familiar with the luchadores. These wrestlers are part gymnasts, part actors. Lucha libre is not just fighting, it’s more than that.

It’s a magnificently choreographed show that enthralls the audience with every dive, aerial assault and wipeout. Heckling is encouraged as you cheer on the técnicos (good), and boo and swear at the rudos (bad).

A mascara (mask) is worn by most luchadores to keep their identities a secret. Losers will sometimes be de-masked and have to continue their careers in shame. 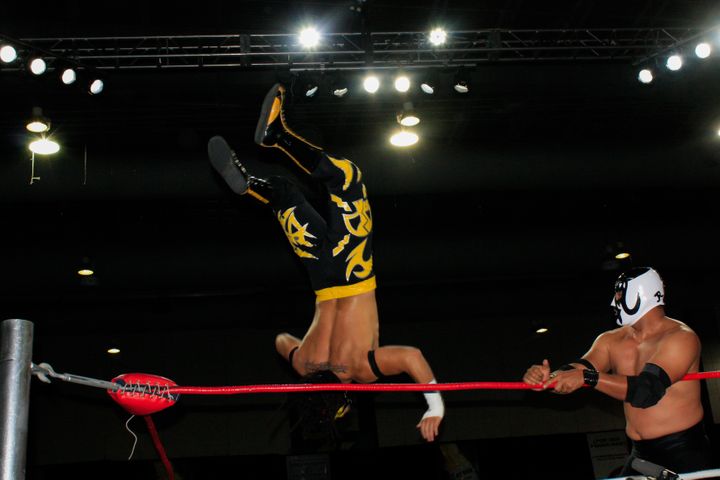 The history of lucha libre

From the 19th Century to now

Freestyle wrestling has been popular in Mexico for a long time. It’s thought to date right back to the 19th century and the French invasion of 1863. In the early 1900s during the Mexican revolution, it grew in popularity, fights were often dirty and injuries were common.

In 1933 the ‘father of lucha libre', Salvador Lutteroth Gonzalez, founded the ‘Empresa Mexicana de Lucha Libre’ (now known as the CMLL). This brought in new rules, masks, costumes and later the televised events that we are more familiar with today.

Then in 1942, Santo, El Enmascarado de Plata (Saint, the Silver Masked Man) made his debut appearance and soon became a legend of the sport. He’s appeared in movies, comic books and still remains as one of the most-loved icons in Mexican pop-culture.

Lucha libre nowadays has the second highest spectator rate in Mexico (after football), and is an absolute must if you are in Mexico City for any length of time. 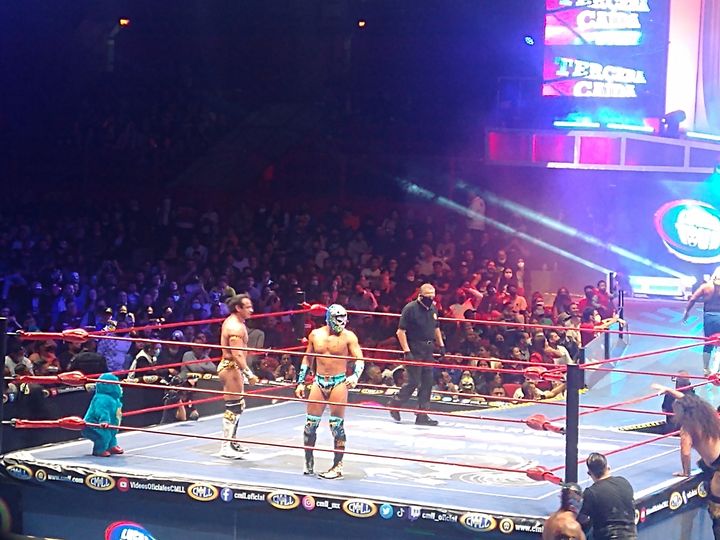 What to expect in the arena

As soon as you enter the huge arena, the raucous atmosphere hits you. A crowd of colourful masks, bright lights, music and all of the collective anticipation of thousands of people.

The first wrestler enters the stage and the crowd erupts with applause and cheering. “This isn’t going to be a non-participation event”, I think to myself as I hear my partner chanting along with the crowd.

He’s a wrestling fan, I’m just here to make up the numbers.

Lucha libre is a big deal in Mexico, and Mexico City is at the heart of it all. Arena Mexico is the place to come to see some of the biggest names in the business, but it still feels kind of local.

'Across from where we’re sitting a grandma and her grandson cheer wildly, their reactions hinged on every move of one luchador in particular.

It’s a family friendly event, the ridiculously macho luchadores are more like superheroes than fighters. With their oiled skin and intricate costumes, they could be straight out of Hollywood.

But this beautifully choreographed match is no ballet, wrestlers fly through the air and crash into each other with such force that the ground shakes beneath us.

If we’re judging off injuries alone, I’d say football is the softer sport by far, the luchadores often end up oozing blood from a fall gone wrong. 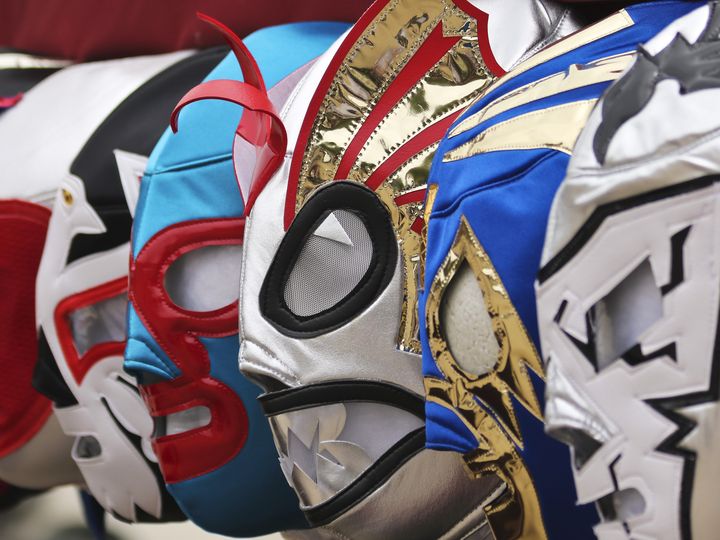 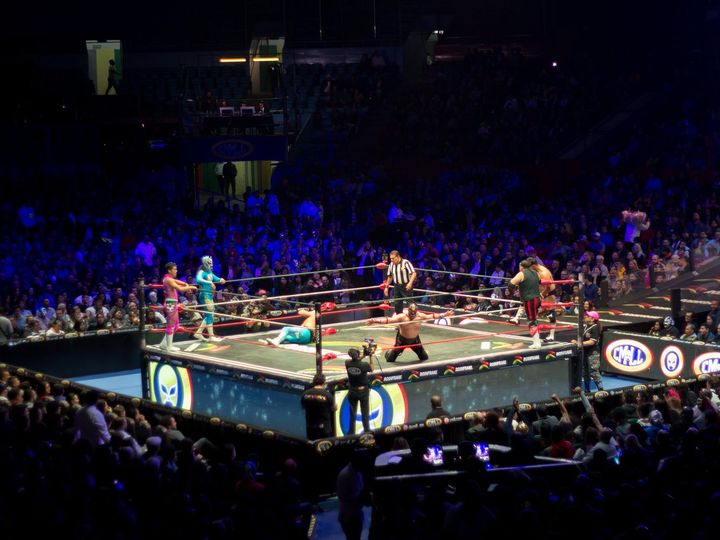 A petite lady behind us screams expletives in Spanish and I nearly fall off my chair. It seems the move pulled off by one of the rudos was particularly dastardly. But it just makes the técnicos eventual victory all the sweeter.

Of course, as a Brit, I’m programmed to route for the underdog and get a little upset when the bad guy is thrown off the stage and body slammed into the tables. He did have a great costume too.

Throughout all of the chaos, vendors are milling around in the crowd selling drinks, huge bags of Chicharrón and fresh boxes of Domino's pizza.

Just watching them is almost entertainment enough as they wizz through the crowd with pinpoint precision. Also for sale are toys for the kids and merch for the show.

Every match seems to outdo the last. Now there are two on two, four on four, five on one! What is actually happening is anyone's guess, but everyone seems to be having a great time.

Just when you think it can’t get any crazier, female ‘luchadores exóticos’ and ‘los minis’ appear on stage. Preceding to beat up the bad guys and save the hero.

The final match sees me up out of my chair along with the rest of the audience, shouting phrases I only barely understand. I’m fully invested in the characters after just a couple of hours.

As the show comes to a close the grandma and grandson duo head to the stage to congratulate the (slightly tired) old wrestler that they have been cheering for (louder than anyone else in the crowd). It dawns on us that she’s his wife, and she probably takes their grandson to see every match.

I think we learned more about Mexican culture in those two hours than every museum, cathedral and ancient site that we visited in a month. 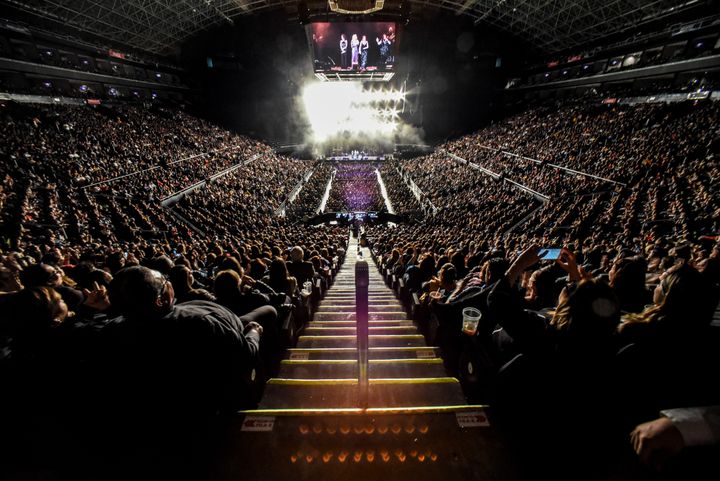 Where to watch lucha libre in Mexico City

There are two arenas in Mexico City that have regular lucha libre matches. The Arena Mexico is the undisputed ‘Cathedral of lucha libre’, built especially for this spectacle. The huge 17,000 person capacity means it’s never hard to find tickets, but book in advance if you want seats near the front.

You can also watch lucha libre at the Arena Coliseo. Known as the Lagunilla Funnel, this arena used to be the place to go before Arena Mexico took over in the 50’s. But they still host many shows and it is a much more intimate experience without all of the technology.

You can get up close to some of the big names and there are no bad seats here as it’s much smaller. Arena Coliseo is also easier to get to if you’re staying in Centro as it’s in the Lagunilla District.

A note on safety

Many warn of the dangerous areas around both of these arenas, and advise not to hang around after dark. However, the shows are real family events and you will be leaving with a big crowd of people.

Of course you should always take care when visiting large cities at night time, but we didn’t feel any more at risk than usual. Leave valuables at home, don’t get too intoxicated, stay in well lit areas, and plan your transport home as you would on any night out.

We went by ourselves, walked to the Arena and got an Uber back. If you do get an Uber or a taxi, make sure to walk away from the arena slightly as the roads can be chaotic when the show finishes. Find a safe spot where they can pull over, and you will have no trouble getting back to your accommodation. 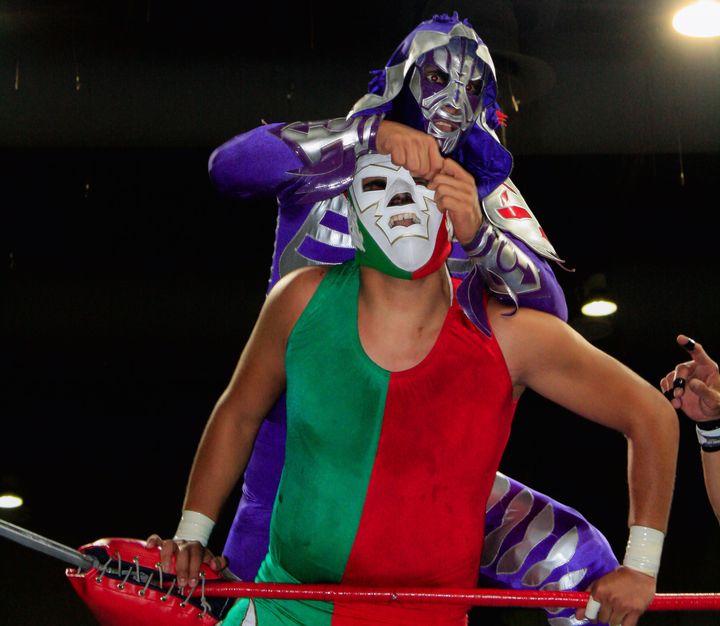 Going with a guide

For a great way to learn the history of lucha from a local, as well as visiting a local Taquería, book a Lucha Libre Tour with a local guide and a huge wrestling fan.

The best part of doing a lucha libre tour is that you get to experience it as a group and really get involved in the local culture. Learn local chants, as well as their translations, and find out when (and when not) to join in.

Prices range from at $38 - 50 USD, depending on the tour and usually include a couple of beers, an entrance ticket to the lucha libre show and a free lucha libre mask.

When is lucha libre in Mexico City?

Times can change so make sure to double check the website in advance. You can also watch lucha libre as part of an organised tour.

How much is lucha libre in Mexico City?

Prices to see a wrestling match at Arena Mexico vary depending on the event, day and where your seat is located. But it’s not expensive. You can usually pick a ticket up at the door for between $7 to $35 USD or buy tickets online.

Arena Coliseo is slightly cheaper, expect to pay between $2.50 to $15 USD at the door, or a bit more when booking through Ticketmaster depending on fees. 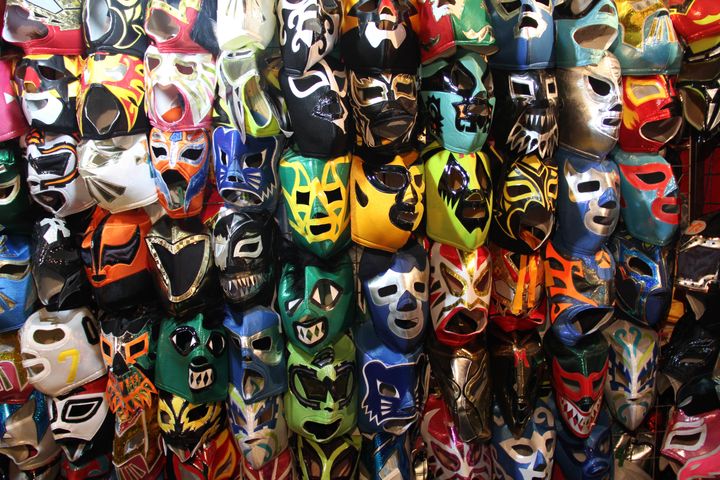 Matches usually last for 2 hours. There’s plenty going on and no chances to get bored. Stock up on refreshments, don’t forget to tip the guy/girl that takes you to your seat and buy a mask from the market outside.

The market outside Arena Mexico is jam packed, wall-to-wall, with masks in every style and colour combination imaginable. Many people buy them here and wear them to the show, but it’s not a requirement. It’s worth allowing for a bit of extra time before the show to look around.

Planning a trip to Mexico City? You may be interested in reading: