Between the snow-capped Andes mountains and the lush Amazon jungle lies an ancient ruin that needs no introduction. Machu Picchu in Peru, the legendary Lost City of the Incas, is one of the New Seven Wonders of the World.

Machu Picchu was built for the Inca king Pachacutec around 1450. It was a cultural hub of the time where political, religious and economic minds of the Inca Empire gathered. But after the death of the king, this place quickly lost its importance and fell into ruin. Machu Picchu was rediscovered in 1911 by Hiram Bingham. Covered in dense jungle, it had to be carefully excavated, revealing the sheer scale and precarious positioning of the city.

Now a UNESCO World Heritage Site, Machu Picchu draws in visitors from around the globe and is easily one of the best hikes in Peru. Walk in the footsteps of Bingham and the ancient Incas by hiking the Inca Trail. A path made from giant stone steps carved out of the Andes. Full of dramatic views, archaeological discoveries and the odd llama or two, this hike is not to be missed.

Day One: Travel from Ollantaytambo to km.82 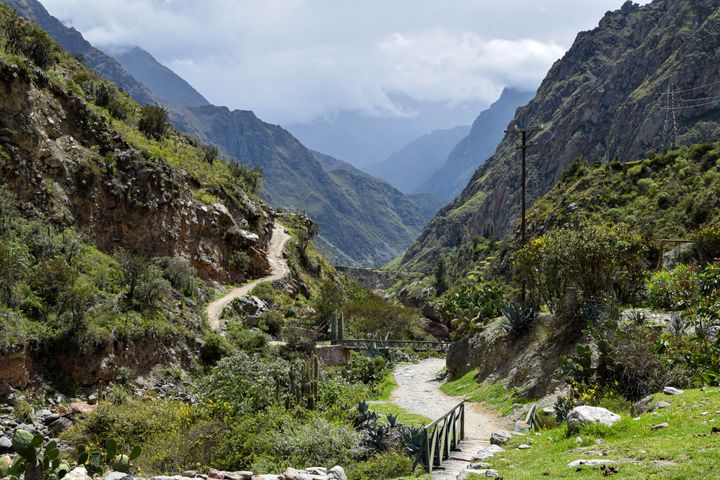 We booked our trek with G Adventures, a sustainable tour company that supports local communities in the places they visit. Independent hiking on the trail is not allowed by the Peruvian government, so plan to book your trek in advance.

From Ollantaytambo, a short bus ride delivers you to Kilometre 82, or the start point of the Inca Trail. Passport checks and obligatory walking-stick-selfies with the entry signs marked the start of the trail.

Huge vistas immediately open up on the trail. Along the path you immediately start to see signs of the Incas past. Terraces at Patallacta give you a sense of the agricultural advances of the civilization at the time. There was nothing intense today, only beautiful open pathways, hummingbirds, and the odd Andean Condor. At camp we settled in for the night. Our amazing porters had already set up the tents, prepared hot water bowls to wash in and prepared an amazing meal.

A short walk from the campsite revealed what the next day had in store: Dead Woman’s Pass, the dreaded high point of the Inca Trail at 4,215m. 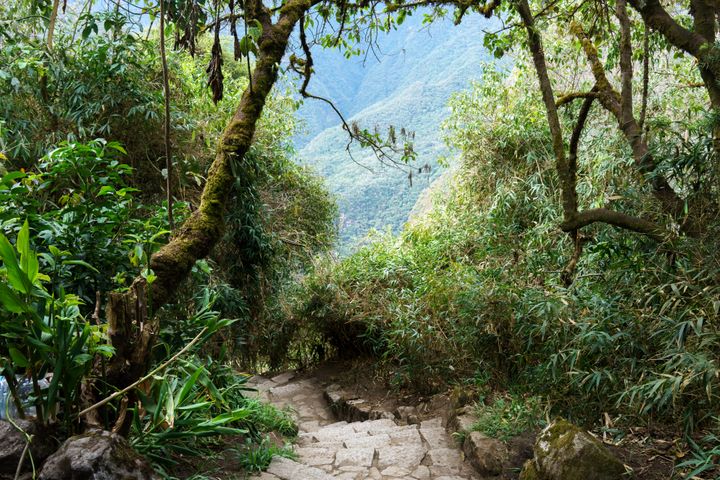 After an early start you’re only heading one way, and that’s up! We headed through subtropical forests, over streams, grassy plateaus, and up steep rocky inclines. The altitude had really started to take an effect now, with each step feeling like a monumental effort. There were a lot of water breaks, locally bought chocolate for energy and the odd chew of a coca leaf for good luck. As we came into the final open section of the ascent the rain came down, and the ponchos went on. A couple of long hours after starting out, we reached the top of Dead Woman’s Pass, named as the peak looks like a woman laying down. The lack of view and increasing wind convinced us to move along quickly rather than savour the moment.

The next section is often harder for fitter people and can bring about some knee issues. It’s straight down, over great slippery stone steps placed here by the Inca’s. Waterfalls, orchids and hummingbirds surrounded the path in an almost surreal scene. After a quick break, we set off once more on a much more gentle amble, taking in the views and enjoying the mountain air.

As we entered the camp all of the porters cheered our valiant arrival, they of course had already set up for the night and started on dinner. 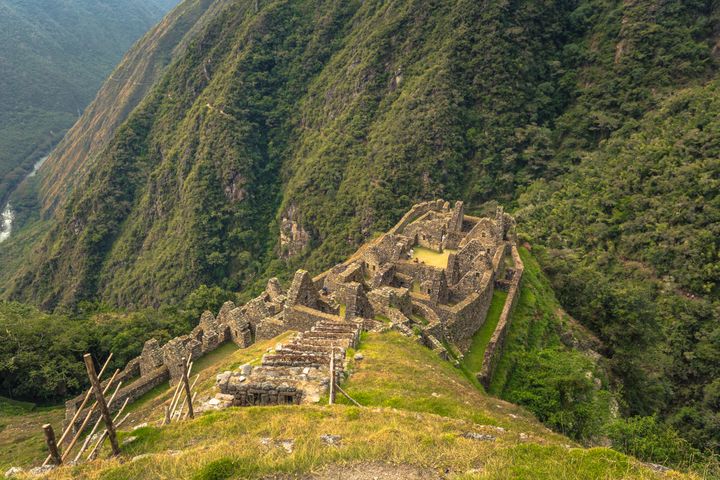 Today saw us hike through Runquraqay pass at 3,950m, where we caught sight of the snow-capped Cordillera Vilcabamba. On through cloud forest and another mountain pass, we came across Sayacmarca. An incredible and almost deserted ruin, it even included friendly llamas that obviously knew a soft tourist when they saw one. Somehow, the porters had carried all of our stuff ahead of us, set up a lunch stop, and baked a cake, on a mountain! They truly are superhuman.

At 3,650m we reached the ruins of Phuyupatamarca, known as the "town above the clouds." With just an hour and a halfs hiking left for the day, thoughts turned to the main event, Machu Picchu was creeping up on us. Views of the Urubamba Valley led us into our final campsite at the Wiñay Wayna ruins located at 2,650m. This is the only site that has a shower, which is in actual fact a pipe leading in from the cold river, with a door that doesn’t lock! An experience in itself. 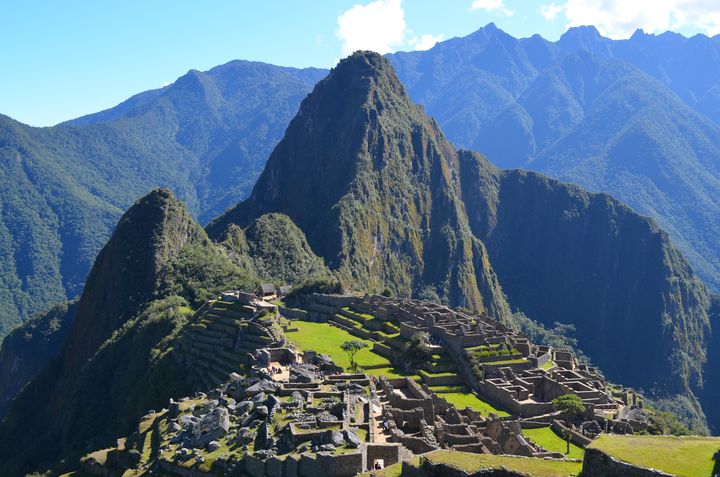 After a gut wrenching 3 a.m. wake up to reach the entry check-point “on time”, we hiked for a couple of hours to the Sun Gate, ready for a magnificent sunrise over a man made wonder of the world. Of course it was too cloudy to see anything. But soon all was forgiven as we made our way down to Machu Picchu and the clouds slowly lifted to a deserted spectacle. If you need only one reason to hike the Inca Trail, it’s that the walkers have the place all to themselves before the first train arrives.

After the tour and photo opportunities, I left the group and just wandered aimlessly around the ruins for a while. Exploring huge jigsaw walls, imposing temples and panoramic views of the surrounding mountains. Hiking here is the only way to truly appreciate what a magnificent feat of engineering this place is. How a civilisation built this in a remote mountain region, and created a thriving city, is a lasting testament to the ingenuitive culture of the Inca’s.

When's the best time to hike the Inca Trail?

The trail can be hiked year round, but closes for essential maintenance in February every year. It makes sense then that March is the best time to visit the Inca Trail, just after the trail reopens from the February maintenance closure. All loose stones have been fixed and any obstructions moved.

Dry Season (May - October) is also the busiest time to visit Machu Picchu. Wet Season (November - April) is quieter and cheaper, but obviously there’s more risk of a soggy tent. The temperature can vary on the Inca Trail, and can be anywhere between 0°C to 27°C. 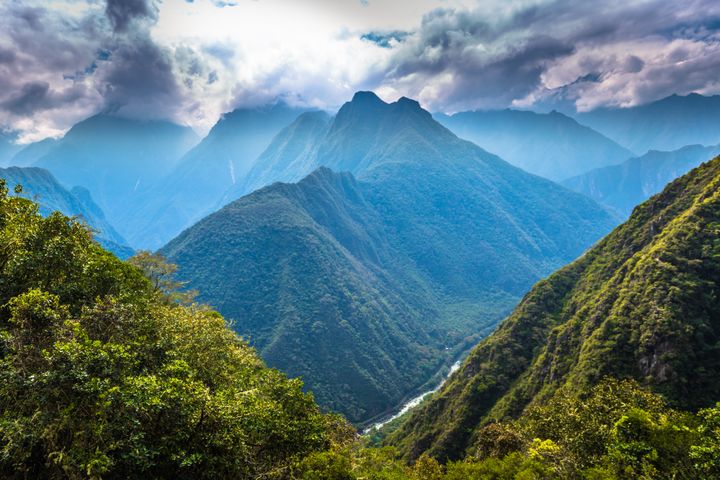 How long does it take to hike the Inca Trail?

At 26 miles long, reaching altitudes of above 4,000 metres, the Inca Trail is one of the best known multi day hikes in South America. Although there are variations, usually the hike takes four days. The last day involves a super early start, to beat the crowds and have enough time to fully explore Machu Picchu.

How difficult is the Inca Trail?

Though the hike isn’t really that long, and the wonderful porters do all of the heavy lifting, the altitude does make the Inca Trail challenging. Reaching high points of 4,215 metres, the air can get quite thin at times making catching a breath more difficult.

The best advice is to train with hill walking, improving those specific muscles, and to spend plenty of time at altitude before the hike in Peru to acclimatise. Most people that attempt the Inca Trail finish it without any issues, but altitude can affect everyone differently. 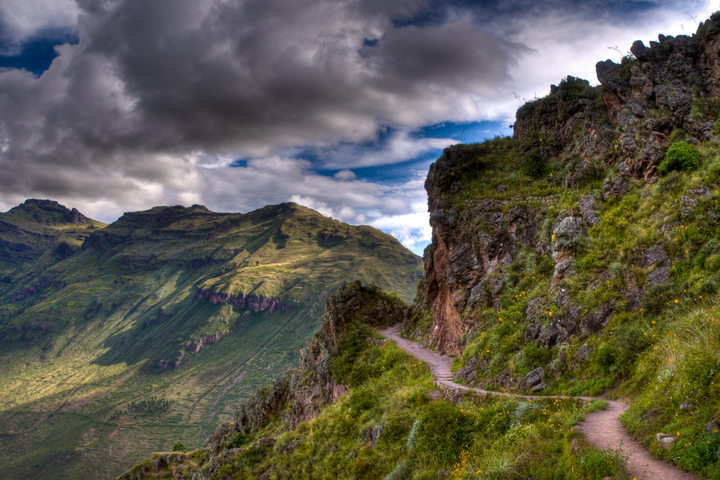 How much does it cost to hike the Inca Trail?

The cost of hiking the Inca Trail can vary depending on what’s included in your tour. To give you an idea, expect to pay between $700 and $1500 for the 4-day trek.

The Peruvian government limits visitors to 500 people per day, about 200 permits are allocated for tourists and about 300 for cooks, porters and guides. Permits sell out fast. Make sure to plan well ahead and get your permits before booking the trip, this can usually be done through a tour agency like GAdventures (who use local porters and give back to the community).

Things to make sure your tour fee covers; 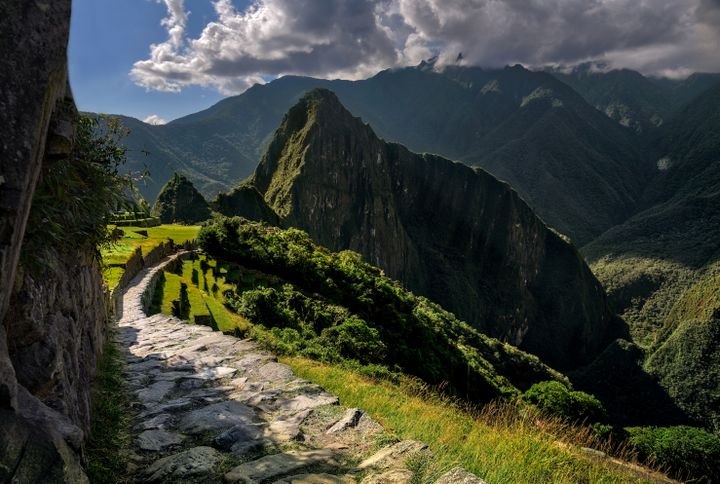 What to bring on the Inca Trail

You can leave your main luggage in Cusco and only take essentials on the hike. With a general packing limit of 6kg, it’s important to only take what you need.

The porters will do all the hard work transporting your main bag, so all you need to carry is a daypack with water and snacks.

Puerto Maldonado and the Amazon Rainforest 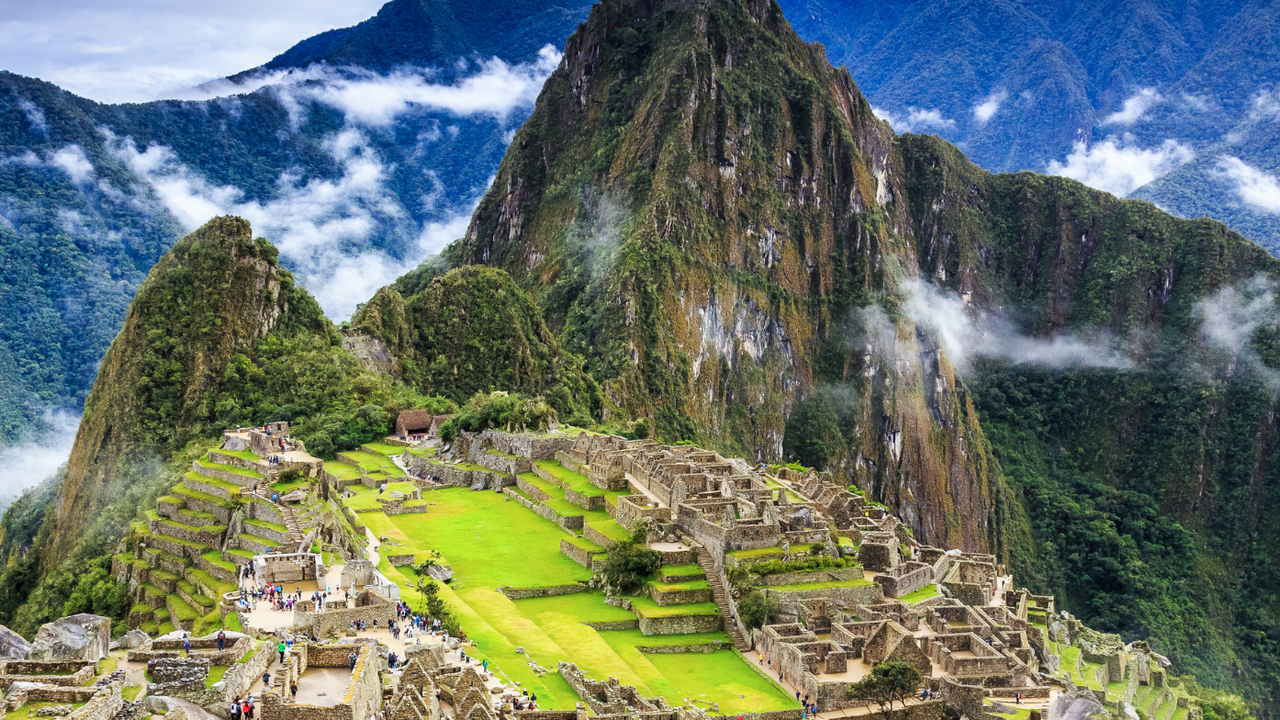 Peru is a country of spectacular and contrasting landscapes, including part of the Amazon rainforest, coastal Lima and Machu Picchu, an ancient city high in the Andes.
More from Peru
About Us Privacy Policy Archive Contact
© 2023 Faraway Worlds.