A local's guide to Bristol

Bristol, UK is a really fun and quirky city situated in South West England. It has a vast and varied history and is today home to a lot of creatives, hipsters and many different cultures. People visiting Bristol for the first time often remark that ‘it’s a bit weird’ but trust me that’s a good thing!

I grew up in Bristol and despite travelling all over the planet I still think of Bristol as one of the coolest cities in the world. Today I’m going to share with you some of my favourite things to do, along with a few tips that you could only get from a local.

1. Explore Avon Gorge and The Giant’s Cave in Bristol 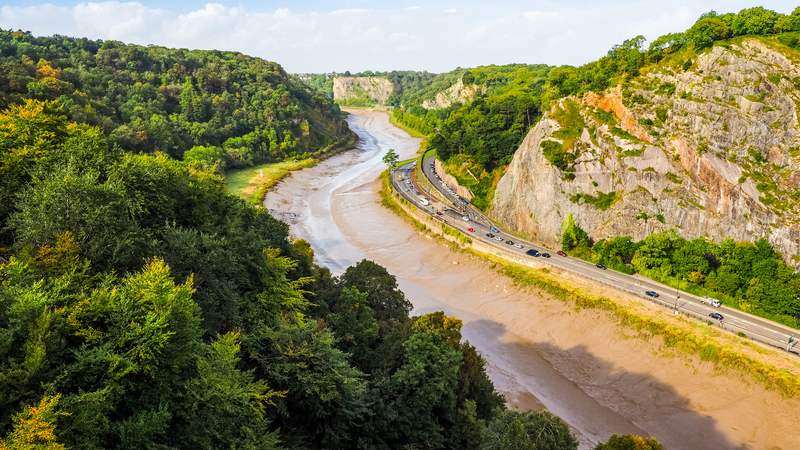 There aren’t many cities with a huge gorge running straight through the middle of them, but that’s what you’ll find in Bristol! The famous Clifton suspension bridge spans the gorge and is visited by many tourists every day. But not many people know that there is an even better way to view the gorge nearby.

Head up to the Clifton Observatory and buy a ticket to The Giant’s Cave. The cave will lead you through an underground tunnel which eventually opens up to a viewing platform about halfway down the side of the gorge. The views are awesome but it’s definitely not for the faint-hearted!

After your adventure through the cave, head over to the white lion bar terrace at the Avon Gorge Hotel and enjoy a stiff drink whilst overlooking the suspension bridge. 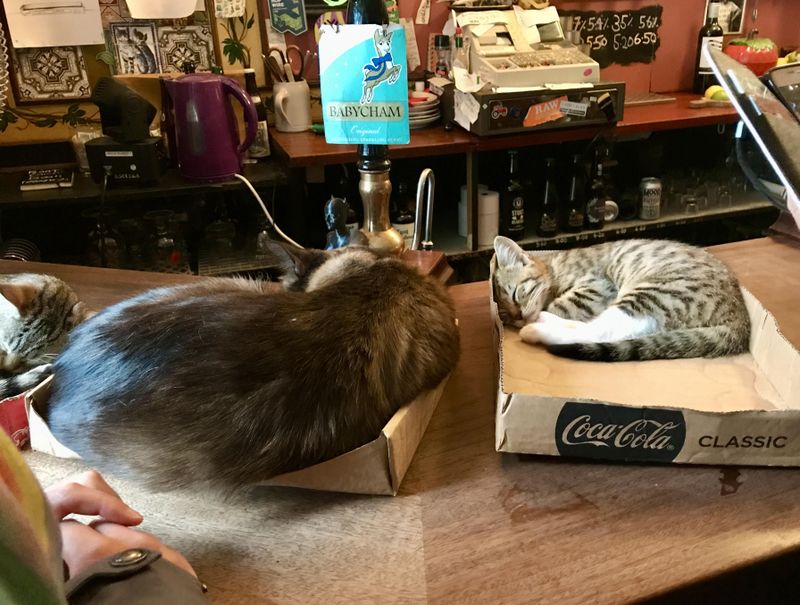 JJ Jordan, Travel Across The Borderline

The Bag o Nails Pub is affectionately known as ‘the cat pub’ by locals because the landlord’s 15 cats have a tendency to wander in and out of the bar as they please. The pub is a great place to go if you fancy a cuddle with a kitty but it’s also got a great selection of ales & beers, music on vinyl, classic board games and a fun atmosphere. The pub landlord, Luke, is an interesting character and is always happy to have a chat. I like to pop in on a rainy afternoon to enjoy a pint of elderflower cider with a cat in my lap. 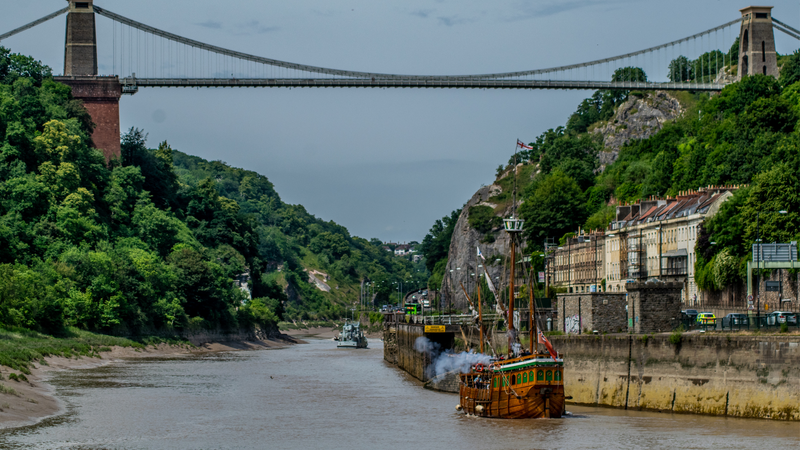 The city has long since been associated with pirates and you can find remnants of our piratey past all around the city.

Famous pirates Blackbeard and Black Bart are both strongly associated with Bristol. Perhaps this is why pirates are typically portrayed with a Bristolian accent? Arrrr!

Below are a few of my favourite places for pirate spotting:

The Hatchett Inn - This iconic pub dates back to 1606 and was known to be the favourite drinking spot of Blackbeard himself! Check out the creepy door to the pub which is said to be made of real human skin.

The Matthew - This impressive ship stationed in the harbour is a replica of the 15th-century ship that John Cabot sailed from Bristol to Newfoundland in 1497. Although Cabot wasn’t technically a pirate, this is still a great reminder of Bristol’s maritime history.

The Woodes Rogers plaque - Woodes Rogers was a seaman who was dedicated to defeating piracy. Eventually, it was he and his crew who fought off and killed Blackbeard. It’s said that the story of Robinson Crusoe was loosely based on one of Rogers adventures. You can find the plaque commemorating his birthplace in Queen’s square.

The Llandoger Trow - Another super old pub that was frequented by pirates. There are said to be several tunnels under the floorboards that were used to smuggle goods out all over the city. Robert Louis Stevenson wrote Treasure island here and used it as inspiration for the pub in the book. And if that’s not enough for you, I know several people who swear they have seen ghosts and even heard a pirate ghost dragging his peg leg across the floor! 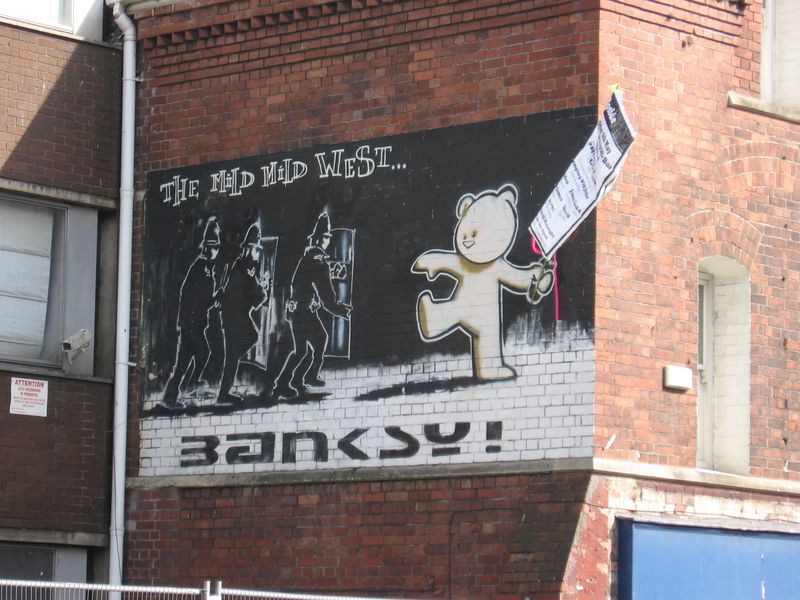 Did you know that world-famous street artist Banksy is from Bristol? You can find many original works by Banksy in Bristol. My favourites are ‘Well-hung lover’ which you can find at the bottom of Park Street and ‘The mild mild West’ which depicts a teddy bear throwing a molotov cocktail at riot police. The piece was originally created by Banksy as a homage to the riots in the area in the ‘90s. 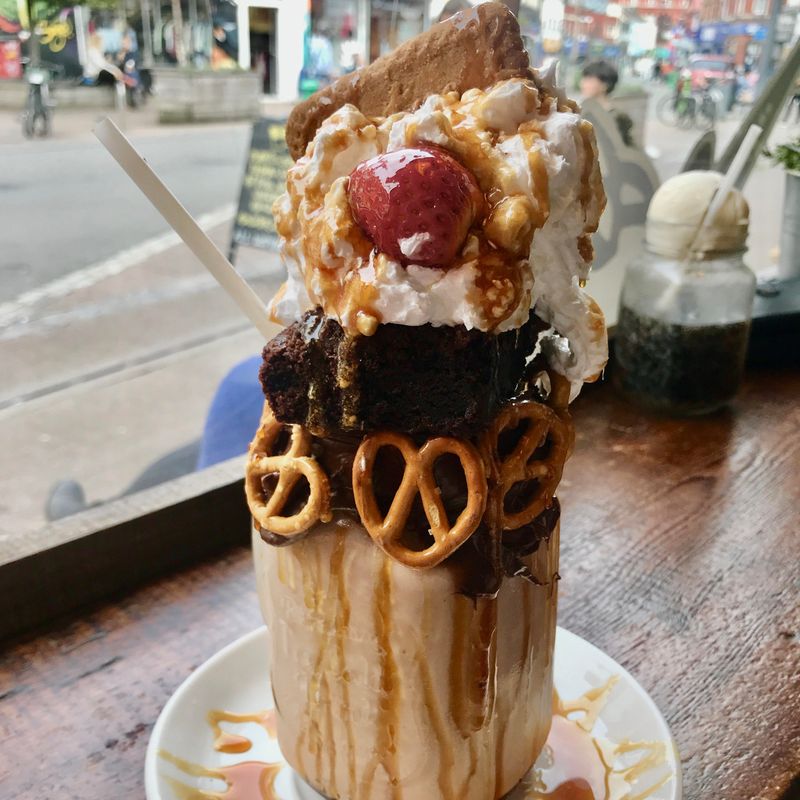 JJ Jordan, Travel Across The Borderline

Bristol has frequently been voted as one of the most vegan-friendly cities in Europe. The city is a fun melting pot of creatives, hippies and environmentalists so it is hardly surprising that there are a lot of vegans choosing to call Bristol home. Even if you are not vegan yourself it’s well worth your time to check out some of the many vegan restaurants that Bristol has to offer. My favourites are Koocha for Persian style mezze and VX for deliciously naughty vegan junk food!

Hi, I'm JJ! I help wannabe adventurers to fearlessly explore and care for our beautiful planet and themselves. I write travel itineraries and sustainable travel guides, I teach others how to make money as a travel-preneur and I show you how you can embrace travel as a tool for mental wellbeing. My motto is: Love Travel, Love The Planet, Love Yourself! 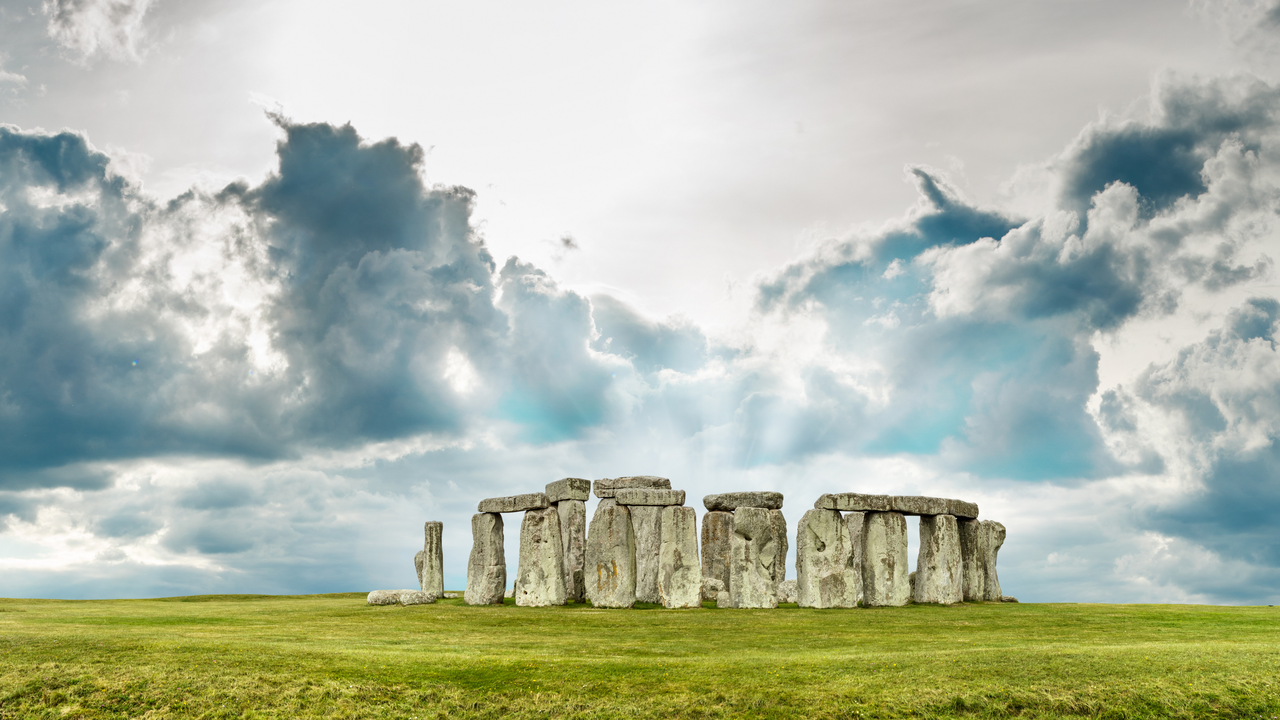 Encompassing England, Scotland, Wales and Northern Island, the United Kingdom has a long and interesting history, several cosmopolitan cities and a range of enchanting landscapes.
More from The United Kingdom

A mini guide to the Isles of Scilly