For some reason, people kept telling us not to go to Bratislava. When looking for things to do there, we came across this review:

“…The central old town is a veneer of tourist friendly ambiance but is still tatty around the edges. The rest of this god forsaken place is not worth a visit. Pot holes, tramps, English drunks on stag parties, hopeless transport arrangements… God knows why some people say it’s great”.

Obviously, we ignored it, and here we are in Bratislava anyway – and really enjoying it too! However, we have to admit that the reviewer does have a point. The central old town is a bit of a veneer, and the rest of the city is a little tatty around the edges. For us though, that contrast is what makes Bratislava such an interesting place to visit.

Our first impressions aren’t of that pretty tourist facade either. We arrive by train and stay at the Clarion hotel, which is very close to the station. In this part of town are some communist-era buildings, interesting graffiti and an old playground, with a post-apocalyptic feeling about it. This is our first impression of Bratislava. 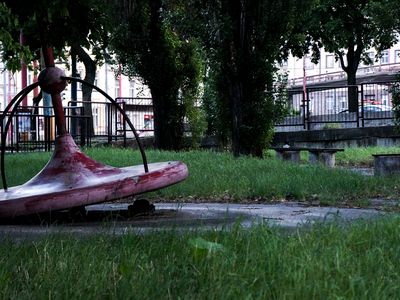 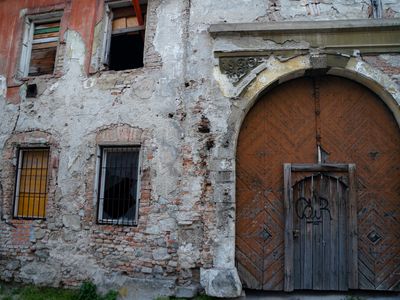 The walk into town takes about fifteen minutes and here we find the nicely-restored historical centre. It’s pretty, clean, full of street art and seems designed specifically for tourists. The town centre is full of restaurants, souvenir shops and people doing day trips from Vienna. Up on the hill is a white castle, originally built over a thousand years ago, burnt to the ground a couple of centuries ago and recently rebuilt.

The landmark that resonates with me the most isn’t in the historical old town. The Slavin monument is up a hill on the other side of town. Over 6,000 Soviet soldiers are buried in mass graves on this site, now wide, open lawns. It is a sobering reminder of how many Russian soldiers died to help win WWII. It is also a calm and peaceful place, a very grounding spot to visit. 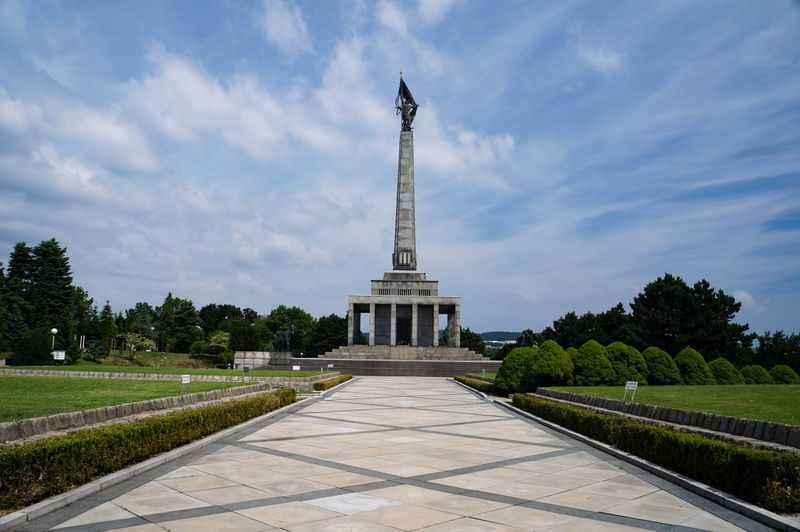 The more time we spend in the city, the more the historical centre seems like a tourist facade. It’s fun and polished, but as soon as you walk a couple of roads out of it, there are broken roads, buildings are falling apart, pavements are cracked… there’ a huge amount of infrastructural work that still needs to be done. In many areas, contractors are working on houses, but public areas still look like they needed some TLC. We get the impression that there is a limited amount of money in Slovakia, and that it’s been spent elsewhere.

And, to be fair, Slovakia has come a long way in a short amount of time. It only became a member of the EU in 2004 and stopped receiving international development aid in 2008. There does seem to be a focus on economic development – while Slovakia isn’t a wealthy country, it is growing very fast. And Bratislava reflects this. 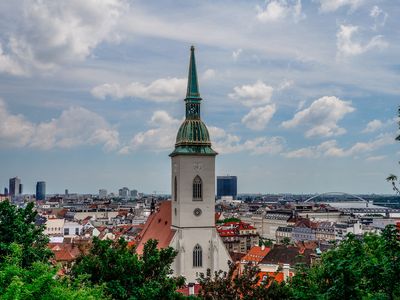 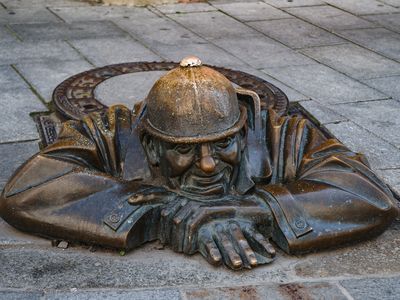 And, all in all, it makes for an interesting, somewhat quirky city. There are edgy cafes, a good amount of street art and a fascinating mix of buildings and architecture. Even if it’s a bit decrepit in places, it’s clean, feels safe, and people are really nice. There’s an edge of creativity, but the city is somehow calm and vibrant at the same time. Bratislava has depth.

We stayed at the Clarion Congress Hotel in Bratislava Slovakia's countryside is picturesque - think forests and mountains dotted with crumbling castles. Along with the stunning High Tatras Mountains, Slovakia has many national parks and many spectacular gorges and valleys to explore. There are also several historic sites that date back to the Stone Age.
More from Slovakia
About Us Privacy Policy Archive Contact
© 2022 Faraway Worlds.