Along the edges of Trento

Sitting on the train heading north from Verona, I spotted a Greek rotunda tucked into the hillside. That was when I decided to visit Trento, a small city of about 100,000 people, the capital of Trentino and apparently home to a lovely castle and cathedral.

I’m a bit ashamed to say we didn’t quite make it to the castle and cathedral, despite all the good reports. Instead, we made our way to the river, where we noticed a cable car to the top of the hill. It was a bit cloudy, but we were sure the view would be amazing, and we knew that there was a waterfall and a fort somewhere up there.

We bought our tickets and as we were waiting for the cable car, it occurred to us that this didn’t resemble a tourist attraction… instead it seemed more like a bus stop. As a few students joined us, we realised why – it was a commuter cable car, ferrying people between the city and the suburbs on the hill above.

We made our way up regardless, and the view was as beautiful as expected, overlooking Trento in the valley, with the river running through and houses dotted through the mountains opposite us. Up in hills we found the path to the waterfall and old church, however, the path was more of a hike, and grey clouds were rapidly gathering above us, so we made our way to the village as the mist began descending…

Needless to say, it was raining by the time we got there. And the village was deserted. The square by the church was decorated in pretty, colourful ribbon – presumably for some festival – but it was empty. The rain got worse, so we turned around and went back down to the city. There was no view on the way back; instead we floated through the mist.

Lunch was interesting – a Chinese restaurant where we ate steamed bread and fried rice for a starter and sweet and sour pork without rice for a main. And I accidentally ordered vino rosato instead of vino rosso – and unexpectedly found myself sipping a rather nice rosé.

The rain cleared and we set our sights back on the original goal: to walk up Dos Trento and see the monument up close. The weather cleared and we found stunning views of the city.

We made our way through the stonework and trees, past artillery from the war and to the rotunda we’d seen from below. And then further up to the remains of the early Christian basilica and finally to the military museum at the top of the hill.

Dos Trento doesn’t have manicured gardens. It’s a bit rough and overgrown, which I loved. It suits the nature of the place. For me, this was the highlight of Trento. 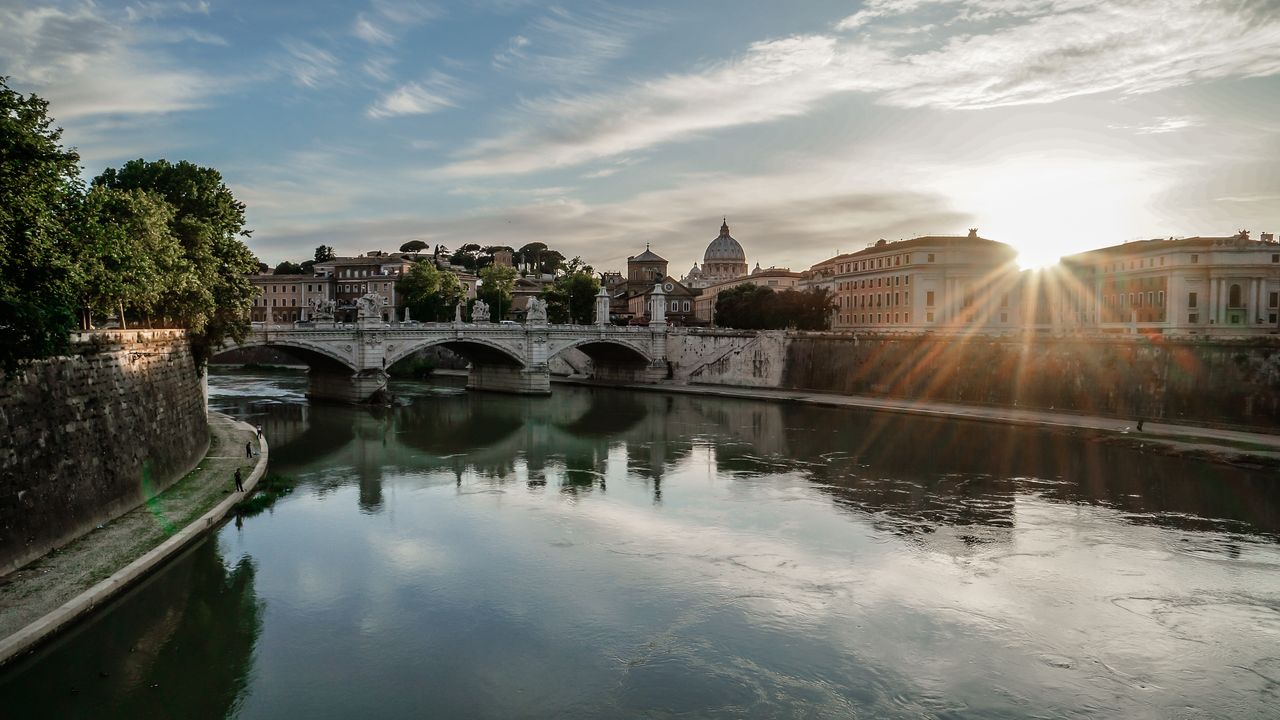